App Force: If Apps were Superheroes

App Force: If Apps were Superheroes

Apps can seem like superheroes sometimes. Those nights when cooking seems like way too much effort, and you remember you’re only a few taps away from a takeaway. Those days you spot a really cool dog and want to tweet out a photo to your grateful followers. Applications help us express our feelings, keep up to date with the world, and even find love.

A study has shown that the smartphone users of the world have spent a staggering 900 billion hours using apps in the last year, with an increase of 150 billion hours compared to the year before. Not only that, users spend 90% of their time using apps over mobile internet, choosing from an estimated 4.2 million apps available from the App Store and Google Play.

We teamed up with UK comics maestro and all round cool guy Jack Teagle to create App Force – a team of crime fighting superheroes based on some of our favourite smartphone applications. 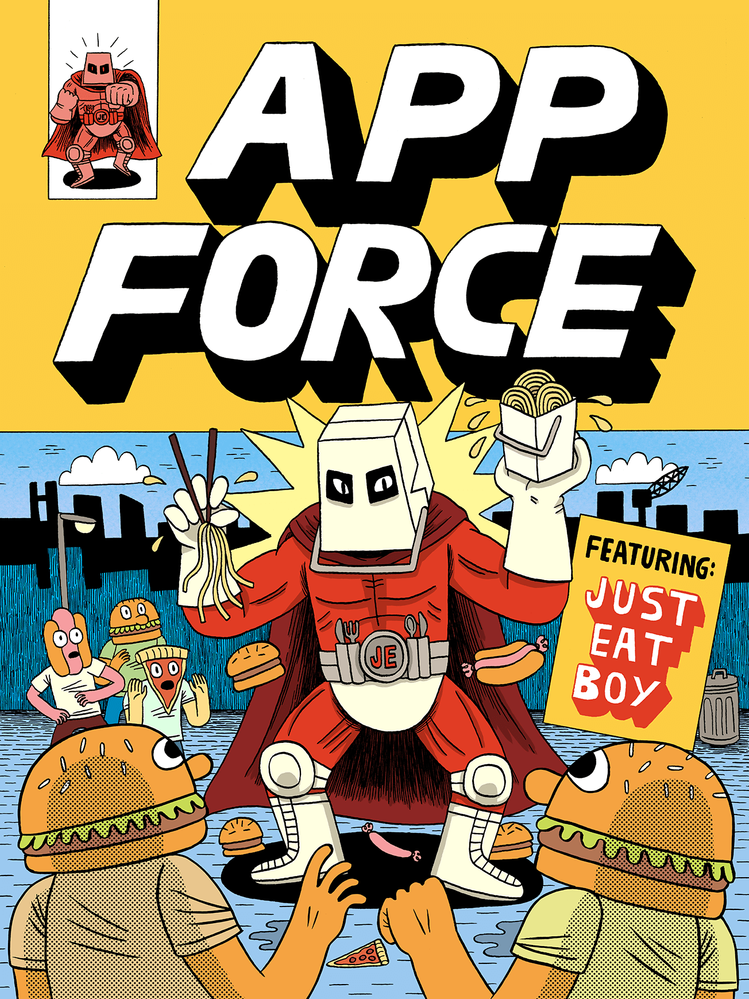 After spending too many nights disturbed by the rumblings of his own belly, Just Eat Boy developed the ability to instantly generate mountains of food from all his favourite local takeaways. He leaves foes bamboozled by bhuna and nullified by noodles to keep the streets safe (and peckish passers-by satisfied).

Collating all the best takeaways in your local area, Just Eat delivered more than 100 million orders last year to hungry users around the UK. 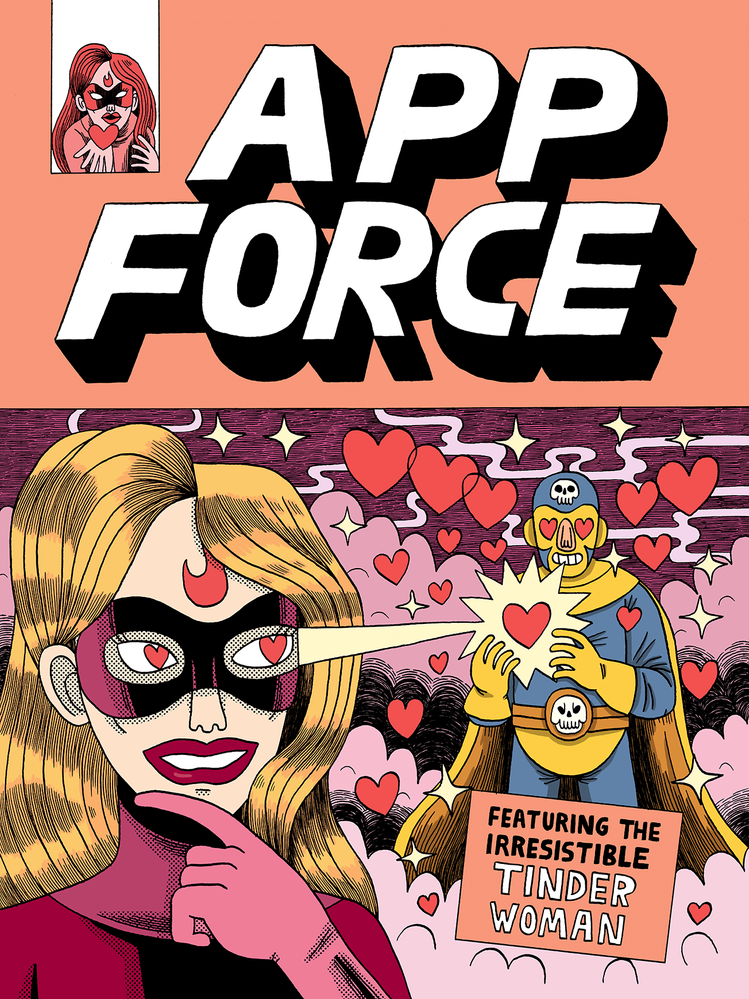 Tinder was a landmark release in normalising dating applications to the public, and studies have suggested that an impressive 13% of couples who meet on dating apps are now engaged or married. 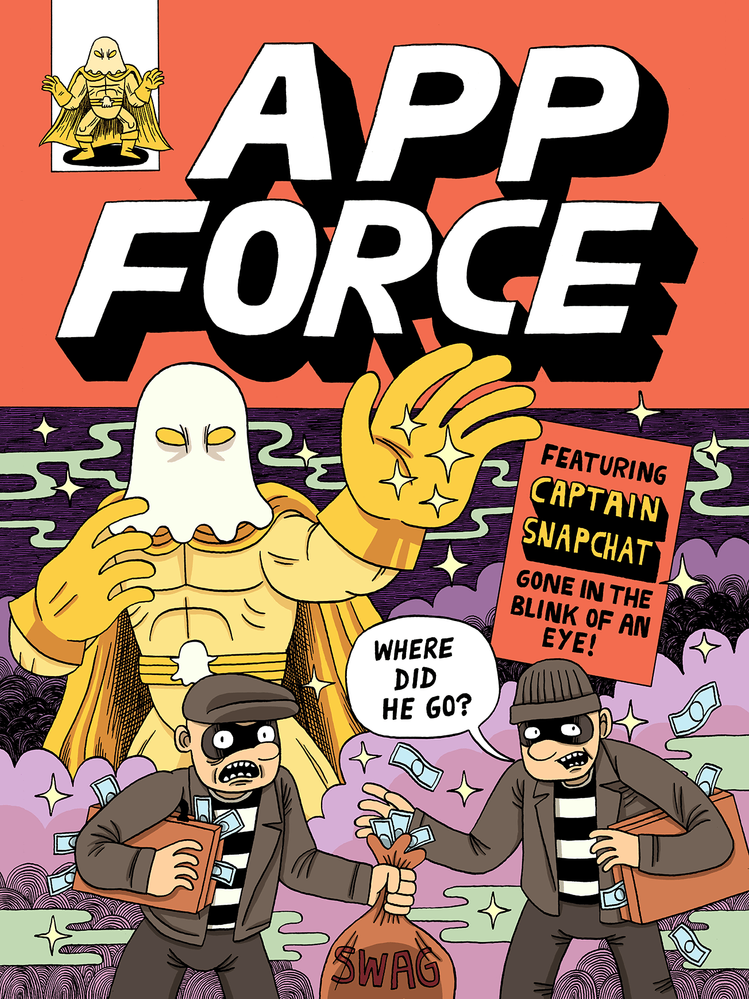 Captain Snapchat doesn’t hang around for long – he can disappear after ten seconds to evade danger while patrolling the streets for bad guys. Not only that, he’s a master of disguise, using filters to blend into the background (or pretend to be a dog).

Snapchat is one of the most popular applications on the market for young people – and its popularity is rising with the over 30s, too. The number of users in the 25-34 age bracket is expected to double by 2020, contributing to a user base of over 158 million daily users. 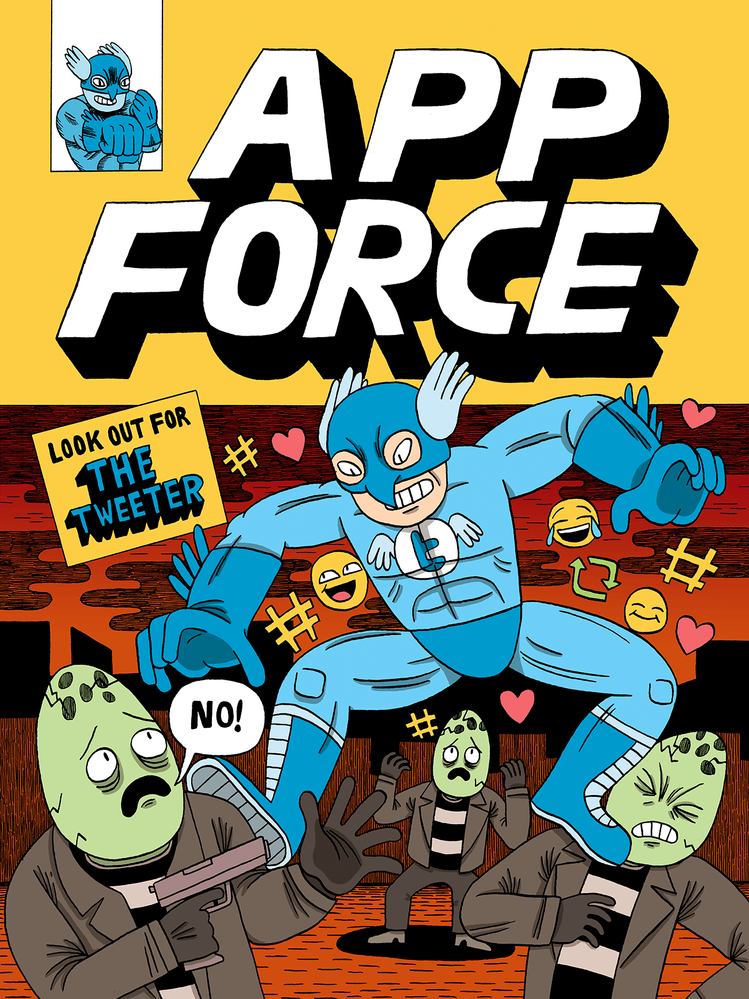 The Tweeter soars through the air dispensing memes and pithy remarks at will. He fights against a legion of egg-men, led by their infamous leader, “The Troll”.

Twitter has become a key resource for breaking news, debating cultural and political issues, and sharing what you had for dinner. The microblogging platform has an estimated 310 million monthly active users sending around 500 million tweets every day. 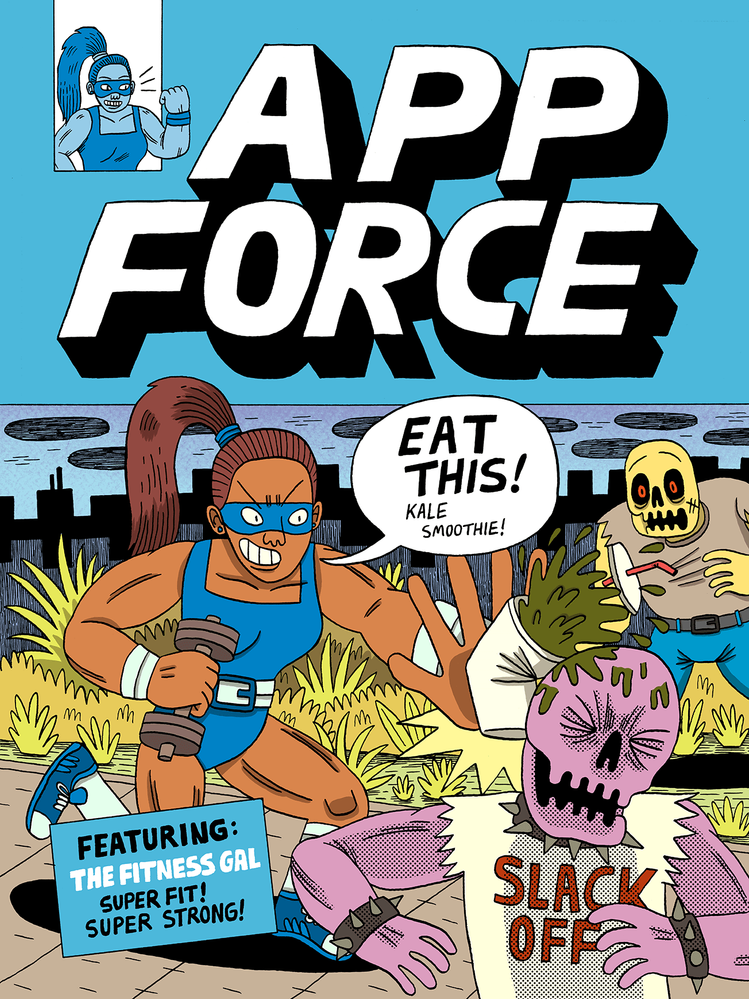 The Fitness Gal uses her skills of super strength and a balanced, nutritional diet to tackle crime, analysing the best ways to stay fit enough while combating dastardly villains.

Users can shed pounds and stay fit with MyFitnessPal, a health app that allows users to log their daily calorie intake and the impact of exercise on their diet and lifestyle. MyFitnessPal is one of the most popular fitness applications on the planet, with over 165 million active users.

What are your favourite smartphone applications? Let us know on Twitter or Facebook, or check out the latest Plusnet Mobile deals.