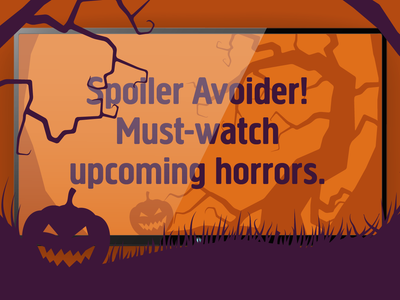 Halloween is around the corner, which means Netflix is about to release some new horrors ready for those hiding behind the sofa moments. We’ve put together a list of the spookiest content about to launch, so get ready to close the curtains, turn off the lights and cover your eyes…

An abandoned orphanage + scary little girls = everyone, including the cat, positively terrified.

Only just out on Netflix, this one definitely takes top place on our list. Upcoming actress Florence Pugh stars in this horror as the sister in a brother-sister duo making money as pretend mediums. However, they experience horror first hand when their job at an old foster home gets unmistakably real.

Be prepared for an intense watch.

Blood and gore. You’ve been warned.

If you’re intrigued by religious cults, this is for you. From the director of the Raid, this periodic horror film follows a man travelling to a remote island in search of his missing sister, after she is kidnapped by a murderous cult. It includes eye-watering scenes of torture straight out of the Spanish Inquisition, so maybe watch this one through your fingers…

The Haunting of Hill House (Series)

How would it feel growing up in America’s most haunted house?

Inspired by Shirley Jackson’s classic novel, this 10 part series is about a family haunted by memories of their past, even though they left Hill House a long time ago. It highlights the impact of traumatic experiences, coping mechanisms and healing, whilst ultimately being absolutely terrifying.

With a 100% rating on Rotten Tomatoes, this series is guaranteed to scare you to your core.

GBBO meets The Adams Family. What more could you want?

Wickedly talented baker and artist, Christine McConnell, lives in a spooky mansion with her puppet friends and creates some creepy baked goods and crafts. Weird. But good weird. If you need some Halloween inspiration, pure gothic comedy or just want to watch a twisted cooking show, this is for you.

If you watched Season 1, you are probably now extremely knowledgeable on American law and fighting Steven Avery’s case.

One of the most discussed shows on Netflix so far, season two is set to resurface the worldwide debate as the series continues to follow the life of an exonerated criminal turned convicted murderer. Having already spent 18 years in prison for something he was later found not guilty of, Avery was set free to then become the accused criminal of a new murder. A real life horror? We think so.

It might not make you jump but it will certainly captivate you.

“Based on a true story” is code for “this is will scare the hell out of you”.

From the executive producers of the classic horror film, The Purge, Haunted recreates terrifying and true stories told by real people to their family and friends. If you want to be seriously freaked out and not leave your room for a few days, tune in to this series. But we can’t be held responsible for any nightmares!

For all you 90’s kids out there, don’t expect to see any cute Salems or high school crushes on Harvey. However, for all the Riverdale fans out there, keep an eye out for this.

Known as the ‘Riverdale spin-off’, this 20-episode horror follows a teenage witch in her coming-of-age story, fighting against her dual nature (half witch/half mortal). Based on the ‘Archie’ comic - she has to decide between her family of witches and her human world of friends. Who will she choose?

Hopefully we haven’t scared you off, it is Halloween after all mwahhhaaaaa