With Autumn just around the corner a night on the sofa is starting to sound pretty good. But with so much on the box this month you won’t want to waste time flicking through channels trying to decide what to watch first. So we’ve watched it all for you. Untangle your telly time and settle in for the night with our pick of the best shows coming to your living room. 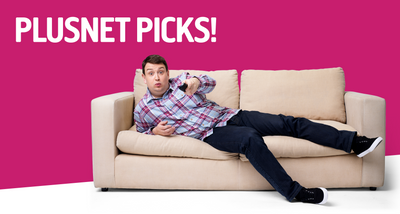 Returning later this month is Fuller House. Back for its third season, the long-awaited sequel to the hit family comedy Full House airs on September 22nd – the 30th anniversary of our first introduction to the Tanner family. There’s a little trivia for you. If you can’t wait that long to see what D.J. and co got up to, good news, the last two series are now on Netflix. Go!

If you’re feeling sporty but fancy something different why not check out MotoGP? Motorbikes! Racing! The smell of burning rubber on Europe’s wildest tracks! Pro riders like Marc Marquez and Dani Pedrosa fly round so fast you might find yourself watching from behind the cushions, but it does make for a seriously exciting night in.

BT Sport is showing every major race from MotoGP, Moto2 and Moto3, starting in Spain at the end of this month. Plus, exclusive interviews and analysis online and on the app. See the full schedule here.

The El Dude Brothers are back. The legendary duo behind Peep Show, David Mitchell & Robert Webb, are making a long-awaited return to Channel 4 this Autumn with their new comedy Back. The six-part series follows Stephen (Mitchell) and his charismatic foster brother Andrew (Webb), along with their ditzy mother and sister. Stephen is at last preparing to step out from under his late father’s shadow and take control of the family pub when Andrew returns home – much to his brother’s dismay. Expect madcap laughs and public meltdowns.

Phil Clarke, head of comedy for Channel 4, has promised “a very funny and clever script with a strong emotional heart that takes Robert Webb and David Mitchell in a new and genuinely intriguing direction.”

Still stuck for choice? With YouView you can watch and record TV and movies from over 70 different channels. So if you really can’t resist a rerun of The Big Bang Theory on E4, but you want to check out the new series of Doctor Foster on BBC One, all you need to decide is what to watch first.

Want to know more about the BT Sport App and how you can get it? Check out our introductory guide.