Guide to the PS4

Guide to the PS4
Topic Options

Guide to the PS4

The PS4 is one of the best-selling consoles of all time, with sales topping 70.6 million in 2017 and stock being snapped up twice as fast as its main rival, the Xbox One. From major game exclusives to progressive Virtual Reality (VR) gaming, the PS4 is an outstanding choice if you’re deliberating which console to get. 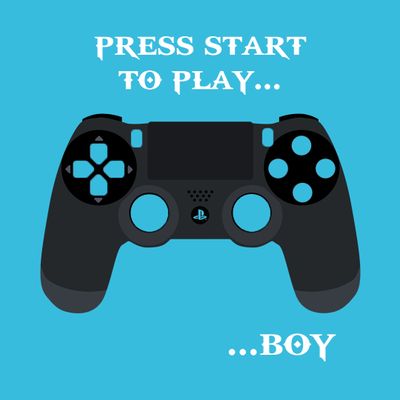 Want to know more about how the PS4 works and what it can do? Read on for our introductory guide to the PS4 and its unique features, such as Gamesharing, streaming old PS3 games, and tips on finding free games to play each month.

Can you play PS3 games on the PS4?

The short answer to this, is no, but, there’s a way around this. Whilst you can’t use old PS3 discs in your PS4 console (and you won’t be able to download old games from the PlayStation Network either, like you can with Xbox Live), you’ll be able to stream PS3 games online by using the service PlayStation Now.

PlayStation Now is a game-streaming app (imagine the gaming version of Netflix) allowing you to play any title in their library. You’ll need a fairly fast WiFi connection to stream, but because these games are all stored on the cloud, you won’t have to twiddle your thumbs waiting for downloads or updates.

Can you play PS2 games on the PS4 with PlayStation Now?

Until very recently, the PlayStation Now library only featured titles from the PS3 and PS4. This meant that it wasn’t possible to play PS2 games on the new console. Just like with old PS3 games, physical discs are redundant and downloads aren’t available from the PlayStation Network.

However, from May 2018, PlayStation Now finally updated its older games to include a handful of PlayStation 2 titles. The first wave of games include Ape Escape 2, Dark Cloud 2, and Hot Shots Tennis. Other PS2 games expected to be available in 2018 are God of War 2, Metal Gear Solid 2, Burnout 3, Grand Theft Auto 4, and Tony Hawk’s Pro Skater 3.

How to Gameshare on PS4

One of the advantages of purchasing games digitally through the PlayStation Network is the ability to share downloaded games with friends and family, allowing them to play the game on their own console and vice versa.

2. From the main menu, go to Settings > Account Management.

3. Select Activate as your primary PS4.

To activate your account as the primary one on your friend’s PS4, you may need to deactivate the account from your own console first. Once you’ve done this your friend will be able to download all of the games onto your account.
If you want to have access to each other’s account then you’ll need to do this on both of your devices. Once you’ve downloaded each other’s games you can reverse the process to return your console to your primary PS4.

You can share your account with an unlimited number of people. However, you can only share a game with one other person at any one time. If you try to do this with more than one person, your account will be flagged and blocked.

How to get free PS4 games

If you want free access to games on the PS4, sign up for a PlayStation Plus account. This premium subscription service allows you to download free games each month (every new month brings a brand new selection of free games for you to try).

Even if you don’t wish to play these games straight away, it’s still worth downloading them whilst they’re free. Even after the promotion ends, you’ll be able to play them for as long as you’re a PlayStation Plus subscriber.

Can you play DVDs on PS4?

PS4 supports DVD and Blu-ray discs, so you can watch movies through the console. To do this, simply insert the disc and then launch it from the content area.

Note: Your console must enable the disc playback feature over the internet, one time only, before you can play Blu-ray / DVD. Once this feature is enabled, you won’t need to be online to watch Blu-ray / DVD films.

How to set up a wireless controller on PS4

1. On your console, go to Settings > Devices > Bluetooth Devices area and leave this open on your screen.

2. On your new controller, press and hold the PS button and Share button at the same time.

3. Keep holding as the light flashes and watch for the controller to appear on your screen.

4. Once paired, your controller is ready to use.