Guide to the Xbox One

Guide to the Xbox One
Topic Options

Guide to the Xbox One

The Xbox One is undoubtedly one of the best consoles to date. It’s far more advanced than the Xbox 360 (better body recognition, wider field of vision, and ability to run Windows 10) and it’s also a strong contender against the best-selling PS4.
If you’ve just purchased the Xbox One – or you’re thinking about purchasing it – be sure to read our introduction to this eighth-generation console. We’ve included step by step guides for some of its coolest features, including how to gameshare, play old Xbox 360 games, and much more. 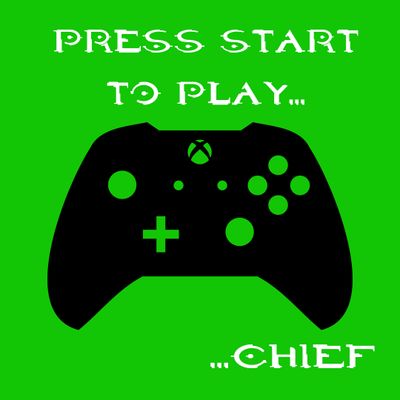 How to gameshare on the Xbox One

One of the best features of the Xbox is being able to share digital games with your friends and family via the Xbox Gameshare. You can only share a game with one player at a time, but the beauty of sharing digitally instead of sharing a physical disc is that you can both play simultaneously. Here’s our simple guide on how to gameshare on Xbox One:

An Xbox One console

1. On the controller, press the Xbox button to launch the menu.

3. Use the game owner’s email and password to add them to your console.

4. Go to System > Settings > Personalisation and then select My home Xbox to check if your console is set as your ‘home console’. If it isn’t, you can do this by clicking on Make this my home Xbox.

Xbox One vs PS4 for backwards compatibility

One of the biggest advantages of the Xbox One over the PS4 console is the ability to play old games, not just digitally, but with physical discs. Common Google searches show that many people want the answer to ‘Can you play Xbox 360 games on Xbox One?’ The good news is that you can! Backwards-compatible discs use an emulator for the older operating systems, meaning that you can play titles designed for the 360 on your new console.

Another way you can play old Xbox 360 games is to download them using your Xbox Live account.

Here’s how to download Xbox 360 games on the Xbox One:

1. Press the Xbox button on your controller and go to your home screen.

2. Scroll down and select My games & apps.

3. Scroll right and go to Ready to Install.

4. Any games that are compatible for download will be shown here. Select the game you want and it will automatically start installing.

5. Hold down the Xbox button on your controller to launch.

How to delete games on Xbox One

When your Xbox hard drive is nearly full, you’ll be notified. Removing unused games and apps can help you free up space for more game downloads. Here’s how you can delete games and apps:

2. You can filter using Sort by last used to find the apps that haven’t been used frequently, or filter with Sort by size to locate the apps taking up the most space.

4. After highlighting the apps you want to remove, select the Menu button on your controller.

How to appear offline on Xbox One

Similar to the Xbox 360, it’s possible to log on to Xbox Live whilst hiding your online status. Here’s how you to appear offline on the Xbox One:

1. Sign into Xbox Live and press the Xbox button on your controller.

1. Sign in and go to your Xbox One settings.

3. Go to Custom > View details and customise and select Others can see if you’re online to open a drop-down menu.
4. From there, you can choose who can see your status.

How to connect your wireless controller

1. Turn on your Xbox One console.

2. Insert AA batteries (or rechargeable batteries from the Xbox One Play & Charge Kit) into the controller.

3. Press and hold the Xbox button to turn it on and keep holding whilst it flashes.

4. When the button stays lit, your controller is activated.

5. Press the Xbox button on the console to connect.

Note: The Xbox button on the console can be found below the power button on the Xbox One S and Xbox One X. For the original Xbox One model, this button is located at the side near the disc tray.

1. Use the USB-to-micro-USB cable (which should have come with your wireless controller) and plug it into the controller.

2. Plug the other end of the cable into the console.

3. Your controller is now ready to use.

Find out how the Xbox One compares to the PS4 in terms of cool features in our PS4 Guide: https://community.plus.net/t5/Plusnet-Blogs/Guide-to-the-PS4/ba-p/1548841