The Plusnet Yorkshire Marathon – The Route

The Plusnet Yorkshire Marathon – The Route

We‘re very proud to be sponsoring the Yorkshire Marathon this year in the city of York, and with only a few days to go, we take a look at what the route itself has to offer for all you runners, spectators and volunteers.

Starting and finishing at the University of York, the 26.2 mile route, across this walled city, will have the people taking part sprinting past some of its most well-known landmarks. Instead of focusing on the miles, time and speed, why not distract yourself with some of York’s historic sights and picturesque surroundings? 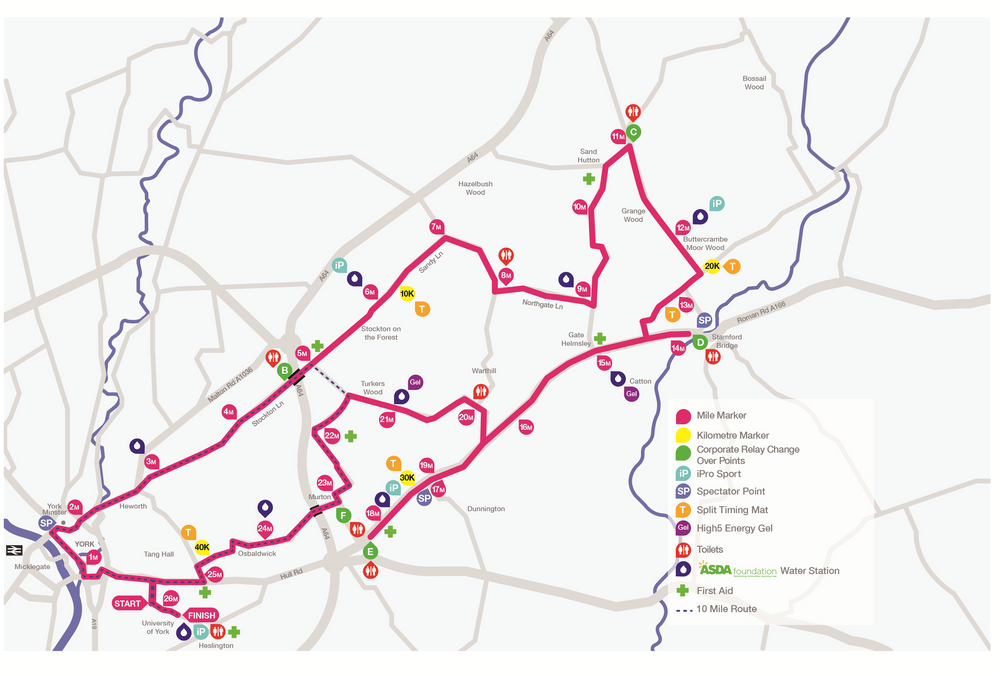 To those of you who have not competed in a marathon before, there‘ll be plenty of drink stations placed throughout the route to help you keep hydrated – so make sure you take advantage of these spots.

Let us know which sights of York you’re most looking forward to seeing on your way round.