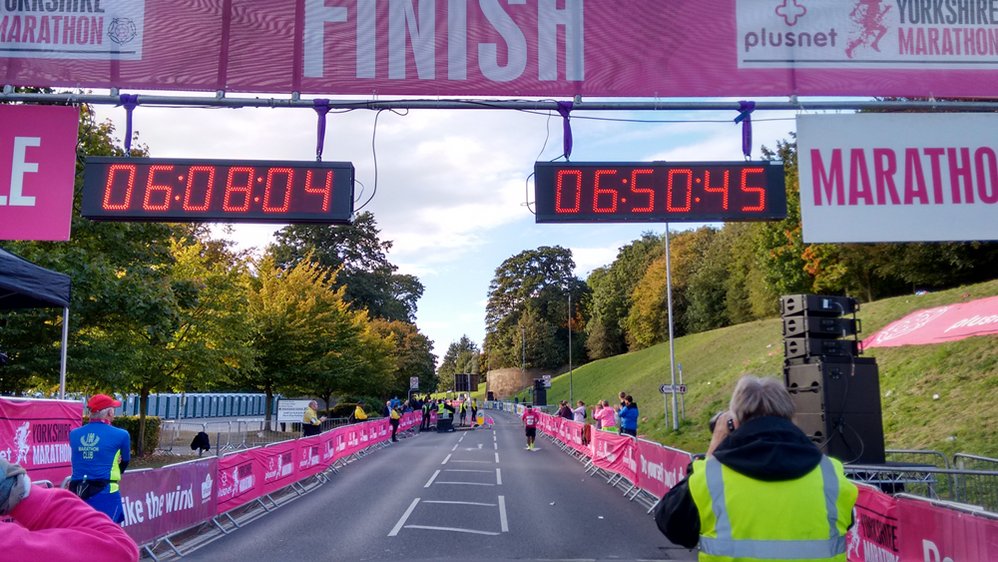 This year the Plusnet Yorkshire Marathon 2016 took over the city of York with runners starting and finishing at the University of York campus, and crowds excitedly lining the streets to support everyone taking part.

Ray Matthews, 75, who earlier this year ran 75 marathons in as many days (what a legend!), got the race underway alongside gold medal-winning Paralympian, Hannah Cockroft.

First to cross the finish line, and greeted with a roaring welcome, was Paul Martelletti with an impressive time of 2:19:36. Paul took a clear seven minute lead and was followed by Tom Charles at 2:27:28, taking second place and Scott Harrington claiming third place, with a time of 2:28:05. 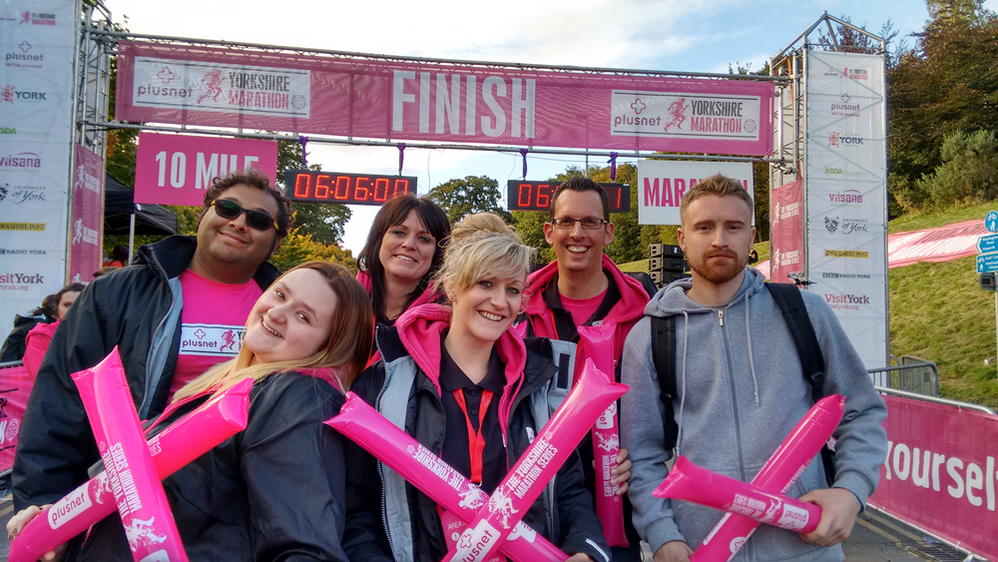 A number of Plusnet staff also took part in the marathon and proved to do very well indeed with Julian Walshaw being the first man from the ‘Plusnet runners’ to complete the marathon, with a brilliant time of 3:43:20. The relay team also showed off their fitness levels by coming first in the Corporate Relay!

Lee Yule, one of Plusnet’s Technical support advisors, ran the marathon on Sunday 9th October, and said: “It was probably the hardest thing I have ever done, however, one more item on the bucket list ticked off!”

There were also plenty of amazing volunteers helping out and cheering on the runners. Khurram Shah, who volunteered from Plusnet said: "It was nice to be back again this year, as always there was a great atmosphere and I enjoyed helping out. I'm especially proud of our Plusnet runners who did really well this year."

Plusnet’s CEO, Andy Baker, commented on the success of the runners: “I would like to congratulate everyone who took part in today’s Plusnet Yorkshire Marathon – you really did yourself proud.

“We’re so pleased to show our support and hope everyone who has taken part is enjoying a well-deserved rest.” 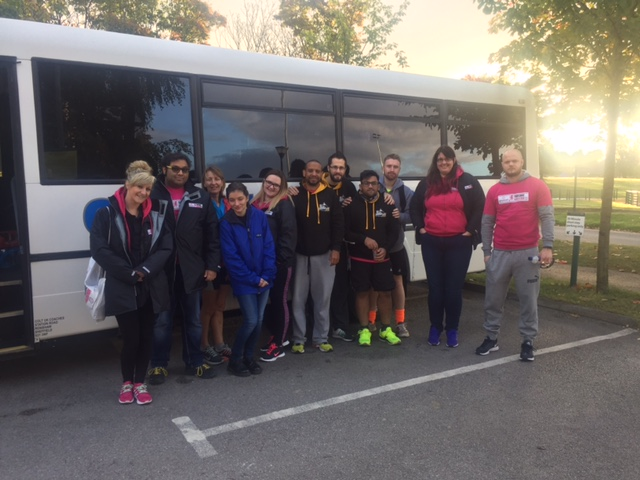 Aside from the marathon itself, there was also plenty going on inside and outside the event village. Runners could take advantage of the Plusnet medal engraving service free of charge, with all runners being invited to make their medals extra special by having an inscription, of their choice, engraved onto their award.

For the supporters there was the Plusnet Superfast Pink Tractor where children and adults alike clambered on and posed for their tractor selfie, and the Yorkshire Marathon app made a comeback. Through the app viewers could track and follow up to 25 runners, as well as receive event push notifications and download maps of the event village to plan the day.

Places are now being filled for the 2017 Plusnet Yorkshire Marathon so if you fancy donning your running shoes and raising money for charity then head over to: http://www.theyorkshiremarathon.com/ and register today!