I have been waiting for a refund for £27 with regards to John Lewis Broadband (PlusNet). I was due to switch on the 17th of September (never mind the fact I actually chose the 24th of September). I cancelled the transfer withing the 14 days.

An automated message was generated requesting a refund. I still have no refund. This has been over a month and a half now.

I was able to get in touch with someone a couple of weeks ago (after being bounced to 3 different people, and being on the line for about 40 minutes). He mentioned something about a change of billing method, that any of the other people I had talked to could have told me, and that a cheque had been sent out on the 20th of October and it would arrive within 20 days.

I did wonder why a cheque? Why up to 20 days to wait for it to arrive. However I was happy enough to wait.

I will make one last attempt via phone call.

I am also still awaiting the answer to a PlusNet issue (I am currently awaiting someone to answer, I am on the 25th minute mark, never mind, this gives me time to drink some tea and put my feet up).

I only noticed this when I received an email saying that £22 for my October use would be getting deducted from my account on the 30th of October... What? Remember, my service ended on the 27th of September (and NowTV confirmed that they took over then and they had taken over from Plusnet).

I phoned and mentioned these little details and asked Plusnet to cancel my Direct Debit I was told you could not do that. I said I would do this myself (near 30 minutes waiting now), no word was mentioned of any reprecussions. However I have received several email and texts asking me to pay my bill to continue my service, and mention of an "administration fee".

I have sent several message to you about this, no reply (first message sent on the 9th of October).

Plusnet Plusnet Eventually fixed my problem. I have sent a cheque to give me back the money I overpaid and the also credited my account with £22 and then cancelled my account.

John Lewis Plusnet... Several days after the "up to 20 days" still no cheque. I phoned them, it took a record breaking 18 minutes to get through! I was impressed. I was then told well actually it is now going to go straight into my account, it should be there within 2 or 3 days. This was on the 13th of November, still waiting... 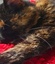 I am really sorry we are unable to offer support through our Plusnet channels for John Lewis otherwise we would love to help.

I appreciate the wait times and the inconvenience this would be causing you, however we would employ you to hold in there so that they can look to get the issue resolved.

@SammyM I have been way more than patient.

I was told for some reason the direct debit has not been transferred. I was told it has now been raised to a complaint and I would be sent an email to inform me of this.

I have not received any email from that phone call or the one previous and I am still awaiting a refund.

I will make one last phone call tomorrow.

Then it is to Ombudsman.

How many administration fee's would I have faced if the situation had been reversed?

This is truly appalling.

Out of curiosity though, what other support channels are there for the John Lewis/Plusnet? I had sent several queries to them (which I no longer have access to now with my account being closed), I have phoned them several times and I have not found any online forums for them, hence me posting here since John Lewis Broadband is run by Plusnet. This is what, over 3 months now.

Hi @khorghakh I am very sorry that we can't assist with this.

You would need to call John Lewis Support I'm afraid as there isn't a live chat service, though you should still be able to log in to your account even if closed.

Customer / Moderator
If it helped click the thumb
If it fixed it click 'This fixed my problem'
Message 6 of 8
(1,606 Views)
Reply
0 Thanks

Yes, but the fact that I cannot raise a query now (I receive this message):

This account was closed on 08/11/2018 and access to your invoices is only provided for 15 months after this date.

And the fact that they never answered my previous queries makes contacting them through online rather pointless.

The fact that I have already phone them several times (see above postings) makes phoning them seemingly pointless too.

However, as I said I will try again for the last time tomorrow.

There is an update!

I just received an email from both Plusnet and JohnLewis (plusnet) the same email, after all this time, after all the inconvenience I went through to get things sorted out...

This is a joke right?

For one I should not have a last bill from the JohnLewis branch of Plusnet, because I never had a first bill. I left before the 14 days period was over...

I took AGES and major effort to get my initial fee back (see above).

As for the Plusnet one, well read above.

What is wrong with your customer services?

Do I need to go through more hassle to try and get this fixed too?

Oh joy, the anticipation is killing me.