Since being connected to FTTC my sync speed has gradually decreased from about 28Mbps to 21Mbps. Not a massive drop but with standard broadband I was getting 13Mbps so it's starting to get pretty pointless paying the extra. I was told via Plusnet chat that my minimum guaranteed speed was 25Mbps, so I raised a fault.

I had a visit from OR last Friday. He immediately said my minimum speed was 9Mbps before they would even investigate the fault. I tried to explain I was on FTTC, showed him my https://www.dslchecker.bt.com/ results, which he claimed he had never seen before or knew of its existence, but he still wouldn't accept Plusnet's minimum speed. So he did a line test, shrugged his shoulders and left. He couldn't explain the speed drop.

I'd expect this from Kelly's (who wired my phone line incorrectly) but you usually get better from a non-contractor. So I feel sorry for Plusnet having to rely on these jokers to keep customers happy. They don't seem to be accountable and it's purely luck as to what level of service you receive.

Appreciate that this will be causing hassle, but our only option is to get another engineer out. We've mentioned it on the ticket, so if you could respond with dates we'll get it booked in.

Predicted speed of 9.8? He told me that was my minimum guaranteed speed, which is why he wouldn't look at the fault apart from a line test. My predicted speed is 25-32.9. And yes he said he'd never heard of the DSL checker, this is what I'm dealing with.

I've seen the request for another engineer visit with no explanation as to why. What is that going to achieve apart from another wasted days holiday? What if the same engineer comes again?

And can you confirm what my minimum speed is. I have a chat transcript with Kieren on 12/07/2016 where he states its 25. When I phoned last Friday to break from my contract I was told it was now 21.5. If that's correct could you also confirm how you calculate that? He did tell me but I was so annoyed that I didn't make a note of it.

Sorry for them indeed as I've seen more BT/Openreach engineers in the last six months than I care to shake a stick at and only one or two out of around a dozen seemed to know their backsides from their elbows and y'know what? none of the 'gentle gender' either which is a pity as some of the best I've ones seen in the past have been women.

The 'best' 'engineer' visit was when I had fibre 40/2 installed. It obviously starts out at 40 then works its way down to your stable connection speed. However, he insisted this wasn't the case and my speed would only go up! [-Censored-] clueless.

What are your full set of estimated speeds from the BTWholesale checker? 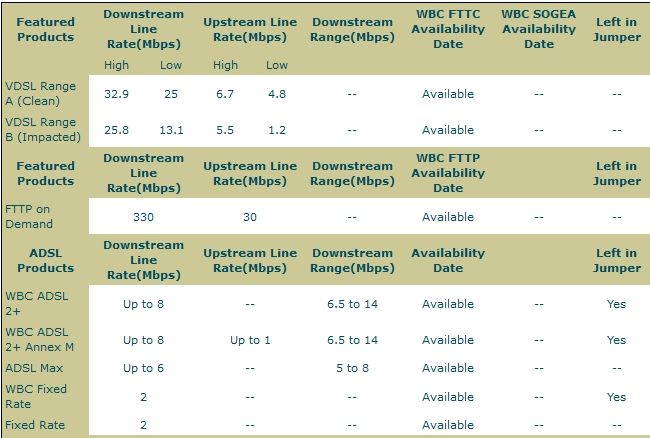 The high and low estimates are exactly that, estimates, not the maximum and minimum speeds you will receive.

It would be nice to know what this 9.8 is, maybe @MattyC can answer it. It's clearly not my predicted speed, you have to admit that's an incorrect statement Matty. But this 9.8 has stopped the engineer doing a thorough investigation in my opinion.

Via chat Plusnet gave me a MGAL of 25. When I phoned them I was told that was incorrect and they said it should be 21.5. He said something about taking 10% off the 25 and then subtracting 1 possibly? Anyway it's two different answers from Plusnet. So which is it?

I'm aware the high and low values are estimates and accept that you're not always going to achieve them, however, I was for the first 6 months or so. The aim of this is to break out of my contract which is why I asked for my MGAL in the first place.

The MGALS is worked out from the bottom 10th percentile of customers in a particular speed range, this is calculate and the highest speed value for this percentile is the MGALS.

The low end of your estimates is used to calculate the MGALS for your line, so based on the above calculation your MGALS is 21.5Mb/s.

Thanks for the info Chris. Any idea what the 9.8Mb/s is that the OR engineer kept quoting me? Seemed to be a MGAL that they have calculated, but obviously as I'm well above that he was reluctant to do any investigation.

I was just looking in to that as it's not a figure I can find, it's not your estimate nor the MGALS for your line. Honestly it looks like the engineer has simply entered an incorrect figure.