Win a Christmas Party for your Business

Win a Christmas Party for your Business
Topic Options

Win a Christmas Party for your Business

Think your office is lacking that festive feeling this year?

Tired of the same old tinsel languishing over your laptop screen?

Well fear not because the Plusnet Business team has the solution. An office Christmas Party delivered straight to your door.

Entering is easy all you need to do is:

The winner will receive an office ‘Christmas Makeover Kit’ worth over £1200 including tree, crackers, food and drink. Even better, we’ll deliver everything to your door and set up the decorations leaving everything primed and ready for your party.

Five runners up will also receive lovely party hampers worth £95.

The competition is open for entries from midday, Tuesday the 13th December until midday Friday 16th December. Winners will be chosen at random by an independent third party. Full terms and conditions are listed below. 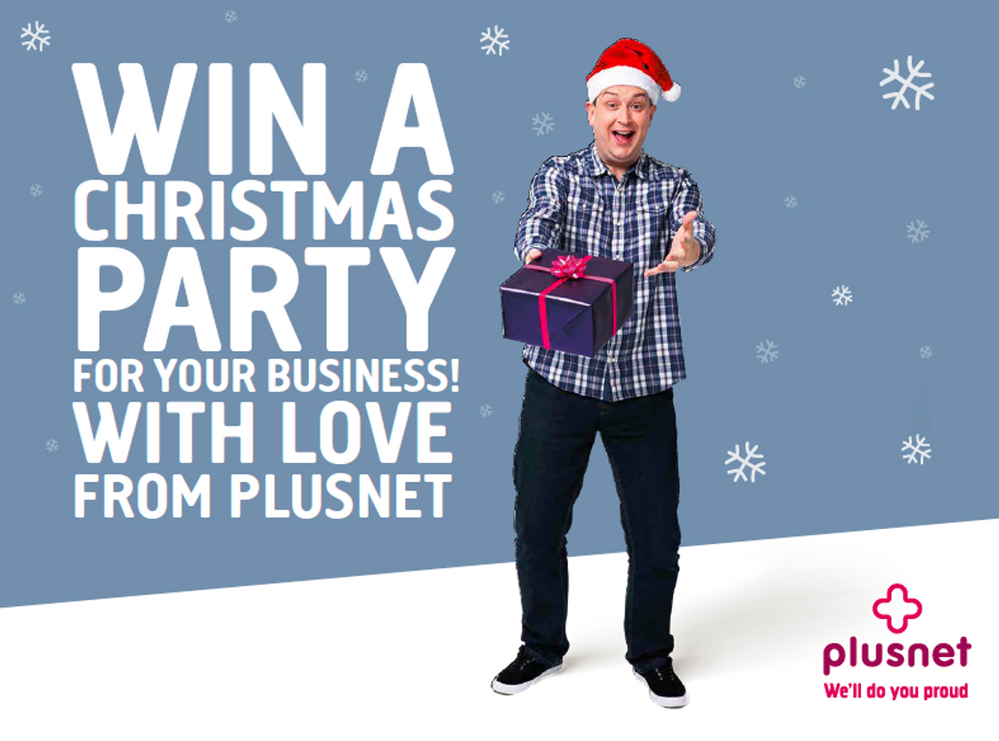