The founders: Introducing our roundtable panel

The founders: Introducing our roundtable panel

To help us better understand the challenges that start-ups face, we assembled nine inspiring start-up founders at exclusive London restaurant The Villandry to share the key issues that keep them awake at night.

So who are they?

Read their biographies below or go straight to the article here.

Luke Barlow, co-founder of NetdumaBarlow is co-founder and CEO of Netduma, the developers of innovative router software that combats lag and internet congestion. Netduma has grown rapidly since launching two years ago, with users in over 90 countries, and was crowned Export Business of the Year and Lean Start-up of the Year at the Startups Awards 2016. 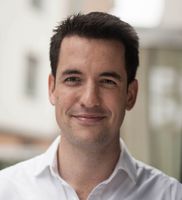 Binsbergen is the CEO of Lexoo, which he founded after growing increasingly frustrated with the legal market’s lack of transparency, both in terms of quality and cost. A Financial Times Innovation to Watch, Lexoo is Europe’s leading curated legal marketplace. The site has helped over 10,000 businesses to source transparent, fixed fee quotes from the most talented independent lawyers within 24 hours, ultimately saving customers an average of 46%.

Gem Misa, founder of Cauli Rice
Cauli Rice is Misa’s third business venture. It is the first low-calorie rice alternative made from cauliflower that has a 12-month shelf life, and is protected by a global patent. Cauli Rice has been trading for just over one year and is now in close to 3,000 UK supermarkets and exports to America, Europe, Asia & the Middle East. Co-founder Misa has raised approximately £2m through crowdfunding, and the company's first year turnover was £1.5m. 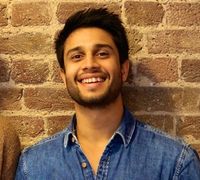 Agarwal is co-founder and CEO of Hubble, a tech platform with a vision to build the world’s first artificially intelligent commercial property brokerage. Hubble was launched in 2014 and has since raised over $2m in funding, signed up over 15,000 businesses, and currently lists over 20,000 desks in London.

Sivalingam is the founder of HowNow (previously Wonderush), a serial entrepreneur and an award-winning filmmaker. He was voted one of the top 30 young innovative founders in the UK by Virgin Media Business, as well as featured in North American magazine Anokhi’s annual list of noteworthy South Asians from around the world, alongside the managing editor of Huffington Post. 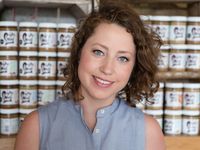 Murray is the founder of nut butter brand Pip & Nut. The award-winning start-up turned over more than £600,000 in 2015 and hit sales in excess of £3m in its first full year, with products now in over 3,000 UK stores. Murray recently won Startups’ Woman in Business Award, picked up NatWest’s Artemis Award, has been named ‘Young Achiever of the Year’, and is a winner in The Grocer’s 2016 Top New Talent Awards.

Emily Forbes, founder of Seenit
Forbes is the founder of Seenit, an app and platform designed to enable brands and organisations to co-create video with employees, fans, journalists and experts. By collecting videos from the smartphones of a remote ‘crew’, the footage can be quickly edited and distributed on social media. Launched in 2014, Seenit counts BBC, BT Sport, NBC Universal, Morrisons and Camelot among its clients. 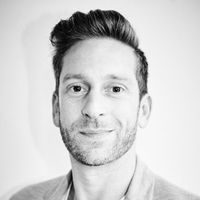 Aandy Logan, founder of Vape Emporium
Logan is co-founder of Vape Emporium; the multi-channel retailer which sells vaping devices from its Hampstead and Richmond stores, as well as online, via wholesale and through third party events. The vaping brand, which sells to thousands of customers every month around the world, has plans to open several new shops across the UK over the coming year.

Plusnet is on a mission to help small businesses and budding entrepreneurs grow and has teamed up with Startups.co.uk to create Plusnet Pioneers, an exciting programme of content, events and mentoring. Article written by and first published on Startups.co.uk