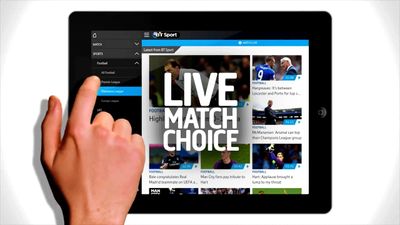 BT Sport App on your TabletIf you’re an existing Plusnet customer we have some exciting news - you can now enjoy all the sporting action however you want it via the BT Sport App.

Launched just in time for the UEFA Champions League kick off, the BT Sport App allows you to live stream matches from a wealth of sports including tennis, rugby, UFC, motorsports and much more.

But it’s not just for watching the live games, the app is also bursting with the latest news, fixtures, in-match stats, on-demand catch-up and interviews, with exclusive content at your fingertips.

Subscribing to the app means you have access to watch BT Sport 1, BT Sport 2, BT Sport 3, ESPN and BoxNation all on BT Sport live or on the go, meaning you don’t have to miss out on important games when you’re not near a radio or TV.

What’s on the app?

• Exclusive matches from the Scottish Premiership

• Top-flight league football from around the world including Bundesliga, Seria A, Ligue 1 and Brasillerio

The BT Sport App can be downloaded onto your smartphone or tablet via the App store or Google Play and with the option to cast^ to you TV you can even watch it on the big screen! Not sure how to cast? Check out our blog on casting.

Find out if you can add the app to your account here: www.plus.net/sportapp/

Minimum one month term starting from your next billing date following sign-up. Monthly rolling contract.
You can only access BT Sport online or via the App in the UK. Requires minimum 400kbps line speed or good Wi-fi/3G/4G and a compatible device. ^Maximum of two devices may be used simultaneously. UK only. Must be aged 17 or over. TV licence required. UK only. Terms apply.

I got the email yesterday with the BT Sports App but it has me totally confused. To quote from the email "It's usually £2.50 a month, but because you're already one of our lovely Plusnet Mobile and Broadband customers you could have it all for the ridiculously low price of £1.00 a month for 6 months (£5.00 a month thereafter). Think of it as a little thank you from us, for being on Team Plusnet." Why, if it's usually £2.50 a month would anyone want to pay £5.00 a month for it?

Apoligies for the confusion on this one - the full price is £5, however the App is usually offered at £2.50 for existing customers for 6 motnhs, then £5 thereafter, however as a special offer we are offering for £1!