Stand-by for action, you vampires be gone!

Stand-by for action, you vampires be gone!

I have a new toy

its a £10 power consumption energy monitor and it's changing my attitude towards stand-by and vampire energy devices. For example, my old DAB radio runs with a transformer plug and when plugged in and not working it pulls 7 watts and when working it pulls 7.5watts!

Have you looked at this issue and any tips welcome 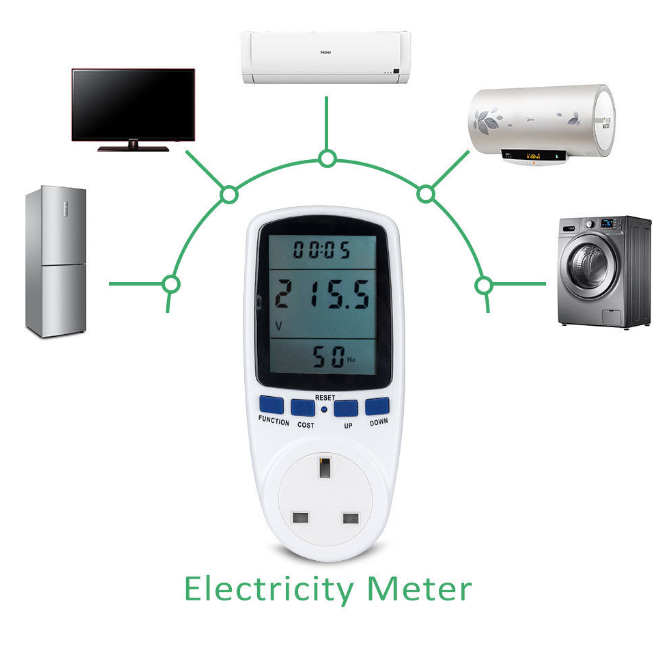 I've had one for many years. Small display version though.
The old transformer based wall worts are the worst, modern switch mode (easy to tell by weight) ones are much more efficient.
My creative 5.1 speaker system used to consume 25W when OFF! Since moved to a different system and added a wifi plug so everything gets powered when I switch on the pc.
Some things just consume power and no way round it, my radio in the bedroom takes ~10W on standby and ~20W in use, but if I power it off then it looses the setup.
My 2*pi's are on 24x7 but consume <5W (no display). my Android tv box takes ~10W and is also on 24x7.
Message 2 of 7
(681 Views)
Reply
1 Thank
1 user liked/thanked this post: Leapy.

@HairyMcbiker I agree some thing you just have to live with as "on" like a fridge / freezer or they loose their settings.

This toy lets me put in the price per Kw and I can then find the running cost.

Have you ever quantified the cost of the stand-by stuff?

Nope since I am at home all day I tend to have loads on anyway, what with a server running 24x7, this pc on for ~12hours a day the small stuff gets lost in the noise.
After you have changed all your lights to led, etc there isn't much to do apart from curl up with a book and a candle if you want to save some money!
Message 4 of 7
(660 Views)
Reply
0 Thanks

@HairyMcbiker Do you think changing all my lights to LED will make a difference?

I think you can now get LED replacements for fluorescent  tubes, but I'm not sure if its good value?

I saw this some years ago and it still looks too expensive.

20% of my electric bill comes from the devices that cannot be switched off like fridge/freezer/routers/freesat/phone/gas heating controls. I don't think that is too much of an issue nor cost as most of the energy used is from the the fridge and chest freezer. I like my food to be fresh and safe

I still use fluorescent tubes in 2 rooms whilst using LED bulbs elsewhere because the cost of LED Tube lights still seems out of whack with how much energy they would save over and above the FL tubes. Not cost effective for me.

It depends on where you buy them/what you are replacing.
I replaced ALL my GU10 lights with led ones (5W ones from the £shop), they are actually brighter than the old ones. I find the £shop ones can burn out quite fast, so have moved to the Home Bargains ones (@£1.29) which are a better bulb, but my local shop no longer has them, so hope I don't need any more for a while. So 4*50W vs 4*5W in the spot lights.
Just replaced a E27 R63 CFL with a 9W led WOW is it brighter or what!
I also replaced a GU10 CFL (that I have had for several years) supposedly 7W but the 5W led is brighter.

But the costs of replacing them have to be factored in, if you are paying a LOT for led's then when will you get to a break even point? The spot lights aren't on that much, so it will take a while to get the £4 back there, even at a 180W saving.

When you first get an energy meter it is usual to go round and measure everything and try and change it, but after a while you settle down 😉
I can live with something taking 5-10W on standby, yes it adds up over the year but ease of use counts for more than a little money (and I am on a low fixed income so try to make every £ count). If I want to listen to the radio and it takes a minute to power up (pi internet radio) then that is more annoying than paying a few p a day for it to be always on. However if it is a normal radio on a transformer then I will just switch it on/plug it in since it is instant on.
Message 7 of 7
(603 Views)
Reply
0 Thanks
Topic Options