Plusnet Pioneers is back

Plusnet Pioneers is back
Topic Options

Plusnet Pioneers is back

Our recent survey of small business owners, carried out with Startups.co.uk, revealed that marketing and funding are the biggest challenges faced by UK entrepreneurs and startups in 2018. As the communications company that can’t help but help, we will be providing free support and top tips from our brand-new panel of Plusnet Pioneers over the next few weeks so you can market your business and navigate the funding process like a pro.

Richard Reed, co-founder of Innocent Drinks and JamJar Investments, joins our 2018 Plusnet Pioneers panel to offer his advice on both sides of the investment process, whilst Social Chain CEO Steven Bartlett, and Tom and James Exton from LDN Muscle join us as leading social media experts. Katie Massie-Taylor and Sarah Hesz complete our line-up and they will be sharing their experiences of raising funding and creating their hit app, Mush, the socialising app for mums, by mums. 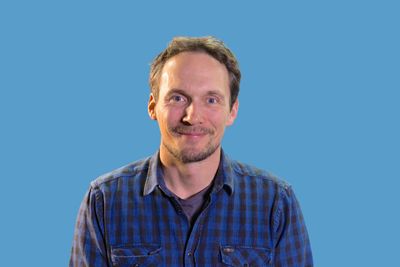 Richard Reed, co-founder of Innocent Drinks and JamJar Investments Born in West Yorkshire, Richard Reed is one of the founders of Innocent Drinks. He started the company in 1999 with friends Adam Balon and Jon Wright, after selling homemade smoothies from a market stall and asking punters at a festival to vote on whether the trio should give up their day jobs by chucking their empty bottles into a ‘yes’ or ‘no’ bin. An overwhelming ‘yes’ set Innocent Drinks up to become one of the largest juice and smoothie brands in Europe.

Having left the business after its sale to Coca Cola in 2013, Richard went on to start JamJar Investments with Adam and Jon; a venture capital (VC) fund that has invested in companies including Deliveroo, Graze, Propercorn and Papier.

Richard also set up the Innocent Foundation in 2004, and remains a trustee. The charity invests in food security, local food poverty, breakthrough development, and emergency hunger relief around the world. He was appointed a Commander of the Order of the British Empire (CBE) at the 2016 Queen’s Birthday Honours for services to the food industry and to charity.

He is the author of If I Could Tell You Just One Thing...Encounters with Remarkable People and Their Most Valuable Advice. The book was published in 2016, and is a collection of advice from some of the world’s most successful people including President Bill Clinton, Sir David Attenborough and Stephen Fry. 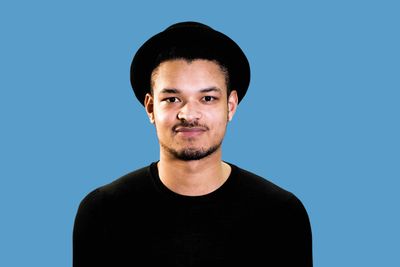 Steven Barlett, Social Chain CEO Steven is the 25 year old CEO and co-founder of Social Chain. In the last few years, he has become an award-winning entrepreneur, speaker and investor and now leads a company of 100+ like-minded individuals who are quickly disrupting the ever-changing social sphere.

He began a business management course at Manchester Metropolitan University, but dropped out after attending one lecture to start Wallpark: a social media platform for students. It was while he was looking for ways to market Wallpark that he first met Dominic McGregor, Social Chain’s co-founder, and had the idea for the company.
Fast forward a few years, and Social Chain has offices in four major global cities (Manchester, London, New York and Berlin) and has worked with the likes of 20th Century Fox, ASOS, the BBC, and McDonald’s to name a few. The company runs some of the most famous pages on social media, and has a reach of more than 386 million people.
Steven is the face of the company’s brand and is key to Social Chain’s rapid growth, promoting the company through global public speaking engagements and his extremely active social media channels. 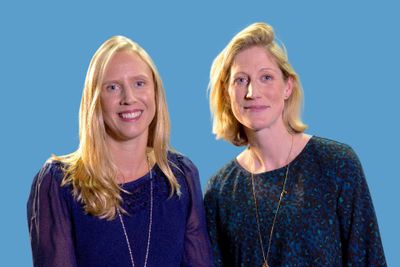 Taking inspiration from dating apps such as Tinder, they created Mush, an app that helps mums to chat and meet up with like-minded mums with kids of the same age. Users can see each other’s photos and interests, group chat and even review, recommend and discover nearby places to eat and hang out.

Katie, a former equity derivatives broker, and Sarah, a former advertising executive, raised an initial £250,000 to help get the business off the ground before closing a £1m round (including crowdfunding on Crowdcube) in November 2016. They are now closing their third round of investment.

The app has gained support from leading charities, including mental health charity Heads Together and NCT - one of the largest charities in the UK for parents.

With hundreds of thousands of users across the UK, Mush has also been rolled out in the US, Canada and Australia. In 2017, the company launched its first ever Mush Mum Marketing Massive (The 4Ms); which recruits Mush users in cities across the country to promote the app through posters, flyers, social media, and local press over a five-week period. The 4Ms is set to start on its seventh edition. 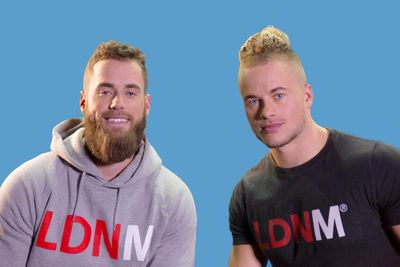 The brothers never had any plans to launch a fitness brand, but it wasn’t long before the blog started to snowball in popularity and they saw an opportunity to monetise it by selling digital training and nutrition plans, and a range of fitness clothing. Promoting an all-natural approach to training, with achievable training schedules, LDNM is now a multi-million turnover business with hundreds of thousands of fans around the world.

Rising at 6am and going to bed at 1am, Tom fits the daily running of his business – and his six-day a week workout regime – around a full-time job at a bank in the City. Before going full-time at LDNM, James worked as a self-employed barrister.

Social media has no doubt been a driving force of their success, and the brothers can be found showing their aspirational gym lifestyles to more than 173,000 followers collectively. That’s not to mention the LDNM account, which posts workout ideas, transformation snaps of satisfied customers and recipe ideas to more than 209,000 global followers.