'How the future of the Internet will influence retail' whitepaper

'How the future of the Internet will influence retail' whitepaper

The future of the Internet and the future of retail are intrinsically linked. Ease and speed of purchase are an important part of the buying process, and it can only be a positive for retailers that speeds have improved so immensely since the days of floppy disks and dial up connections.

Improved speeds, along with the onset of smartphones, the development of e-commerce, and the emergence of the Internet of Things (IoT) have had a massive influence on retailers throughout the world.

To understand how the future of retail will change with faster Internet speeds and greater availability, we spoke to experts in a huge range of industries to understand what innovations and technologies retailers and the public can expect in the future.

Get a sneak peak of a few subjects we cover in our whitepaper and download it below:

The Internet of Things is predicted to grow at an unprecedented rate as the speed and availability of Internet connections improve. Chris Wiegand, CEO and Co-Founder of Jibestream, predicts that IoT technology, like geolocation, will be integrated into day-to-day tasks, such as parking at shopping destinations:

“We are seeing venues like malls and hospitals investing enterprise-wide on Indoor Positioning technology that senses a person or object’s exact location in real-time on a map. This, coupled with the trend of most technologies moving to a cloud-based infrastructure, built on a RESTful architecture design, is paving the way for application developers to build new user experiences that leverage location and real-time data.” 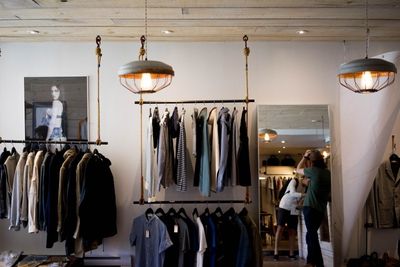 Speed is vital to successful e-commerce performance. Faster websites have higher conversion rates, something that Bob Clary, Director of Marketing at DevelopIntelligence, explores:

“The Aberdeen Group published a widely-circulated report a while ago that talked about the effects of site speed on conversion rate. It boils down to a 1-second delay in page load time equalling a 7% loss in conversion.”

“While this study focuses on the site’s speed (load time), I think the same logic can be applied to a user’s connection speed. That is, the worse a user’s connection speed is, the less likely they are to convert. So, carrying that thought through, a ‘super-fast’ Internet would inevitably lead to more orders placed on retail sites purely because it is easier/faster to do so.”

The paradigms of what’s possible for web designers will shift significantly in the future. Tom Jefferies of Bizdaq explained how faster Internet connections will allow web designers (and therefore brands) to make even more content-rich webpages:

“This isn't just to fill a space or to make the most of the internet; case studies have shown that video is far superior to text for conversions, with online shoppers almost twice as likely to buy a product if they've watched a demo video beforehand.”

Find what other innovations we should expect in the coming years according to our selection of experts by downloading the whitepaper below.

Want to learn more about digital marketing? Take a look at our ‘How brands should use emojis’ Whitepaper.