I have a 32GB TF Memory card.  It has the following stored on it.

none of which are important, or wanted to be saved any more.

Delete all of them

Delete the contents of folders separately

None of these will remove the content... even though they all report a "success" !.

I also tried to install a downloaded .iso file of Linux Mint 20.2 mate ..... to see if "burning" that to the card would destroy the content .... but again,.... despite it saying that the burn was successful... it did not appear on the listing when re-inserted into the USB slot..  (i have a TF card adapter,)

Also tried it in the "official" card reader slot on the laptop. but all is same as reported above.

Any suggestions as to how i can remove the offending stuff, and regain the use of the 32GB memory.

Are you sure it's definitely 32GB and not a fake. I always try "Fake Flash Test" on all the memory cards that come my way. It's surprising how many 64GB and 32GB cards are only 4GB, and 4GB cards which are sometimes just 32meg.

It's a tiny program that runs without any installing and is very quick as it does random writes throughout the cards supposed range which it then attempts to read back.

It's destructive to any data on the card and the card will need formatting afterwards.

Unfortunately, it does not run in WINE on Linux mint !... so still none the wiser..  cheers anyway.

Has the microSD adapter got a lock switch on it?

If so, it may be locked.

@billnotben  Thanks for the heads up on the fake card software.... I did a "kinda" search on google to see if there was a Linux equivalent... and apparently there is... ( called     f3   ) ( which you have to use on the "command line /Terminal screen )

so I followed the instructions on this page ...

and here is the result .

WARNING: Probing normally takes from a few seconds to 15 minutes, but
it can take longer. Please be patient.

@RobPN no it's not locked

Yes I've always found that software (Fake Flash) useful as it's such a quick check. The other well known one checks every byte so on a big one it could take hours.

I suppose you've been trying "quick" format. Is there an option for a full format? Though it would take a long time. Is there anything like windows where in tools you also have "error-checking" check drive for errors and correct.

the printout says its "damaged"... and doing searches to fix damage sd card in linux does not come up with anything useful.... so looks like it's a "bin job "

Thanks for your input.

Is your problem you have 32GB SD card but you only see around 29 GB ?

This is normal, it's to do with the way the operating system calculates the disk size

Manufacturers of these devices use standard metric values to describe disk space e.g. 1000KB = 1MB, 1000MB = 1GB, and so on. Your computer however measures space using binary such that 1024KB = 1MB, 1024MB = 1GB. So, that means your 32GB drive in decimal is now described as 30.5GB drive in binary by the computer.

The second factor is that because the drive is solid state, the controller in the drive sets aside about 7% of the space in order for it to function properly. So remove 7% from our new figure of 30.5GB and you are left with approximately 28GB.

I did find this information with a google search

One last thing that has sometimes worked on a card my PC won't read or handle properly is to find a phone that will format it. Usually I end up trying a few phones.

But as your software seems to suggest that card may have some sort of damaged hardware.

@shutter From a terminal try the following:

This will produce a list of devices, so find your TF Memory card in the list making a note of it. The remainder of this will assume it to be /dev/sdb1 However, you must verify the correct device and change it in the following commands:

The fsck command should say there are 0 files meaning the format was successful. Once you've done this pull the card out and reinsert it to have it auto mounted.

Delete all of them

Delete the contents of folders separately

Using the f3 command line / Terminal on my Linux Mint machine.. shows that the card is damaged... therefore cannot be written to, or formatted...

@Mook   Thanks for your input..... the card was actually sdc1... and here it is on the initial insertion.....before carrying out your terminal work. 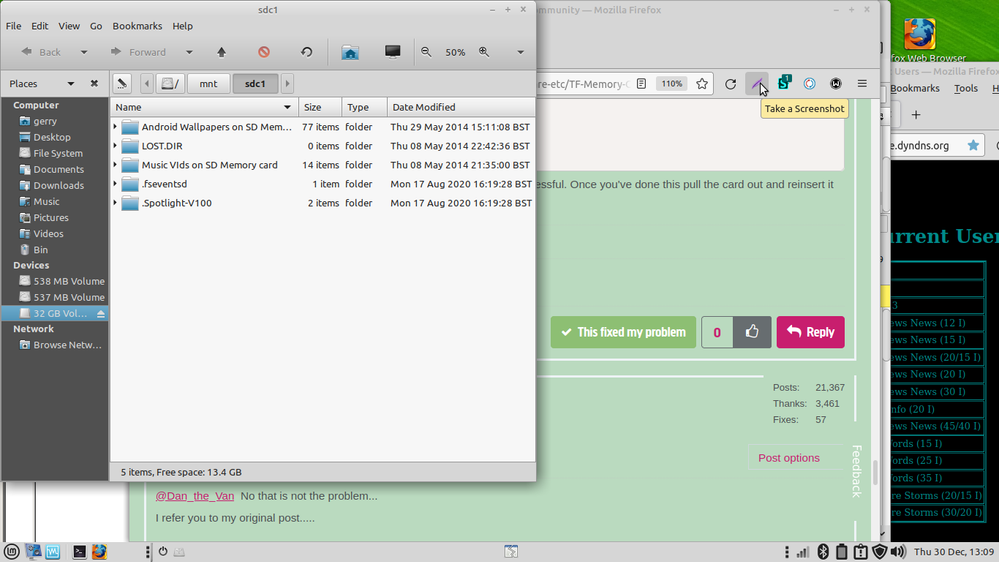 now showing the results of the terminal work.... 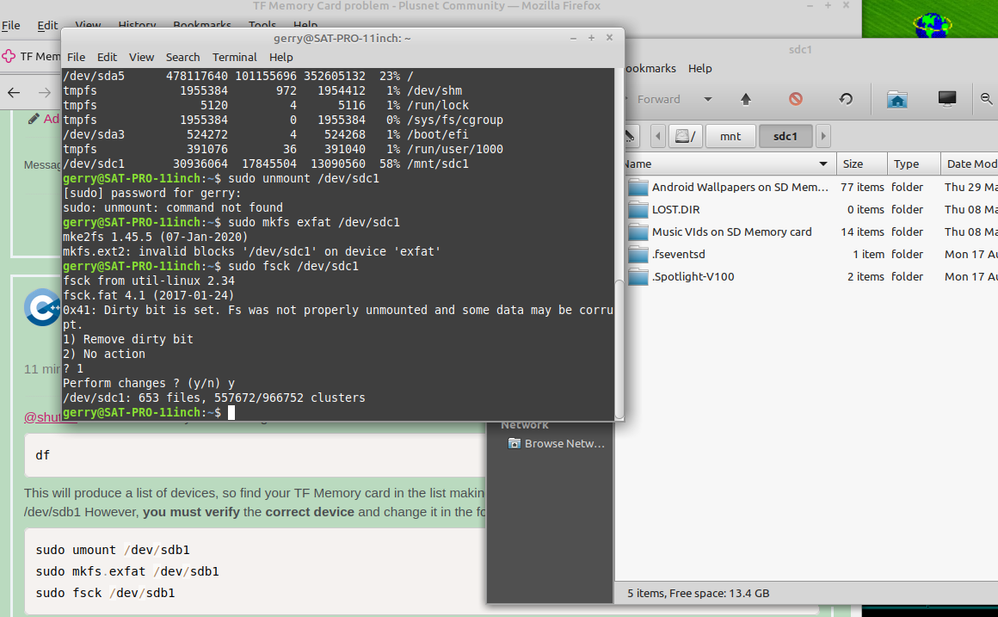 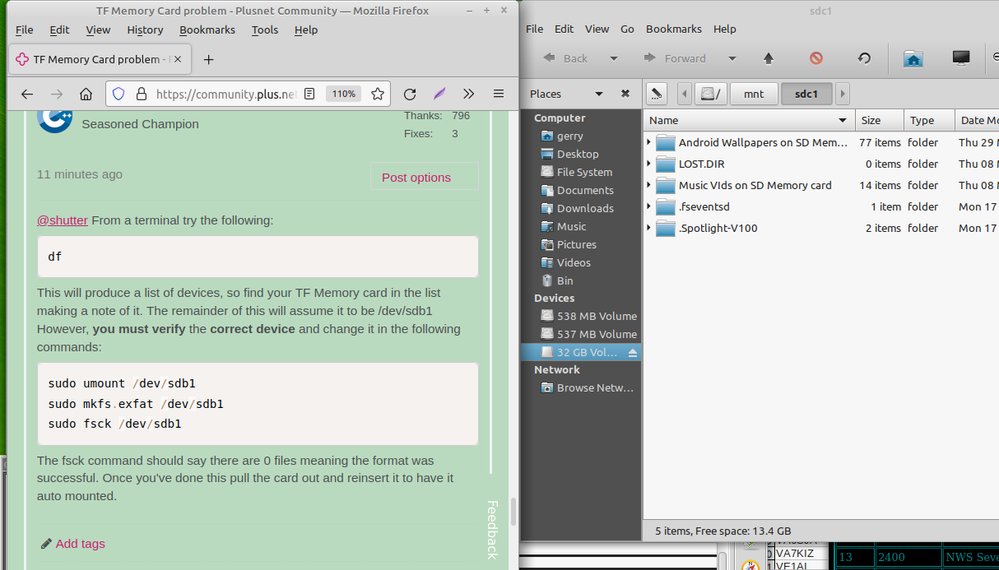 The device must be unmounted first you've not done this.

so give it another go now... 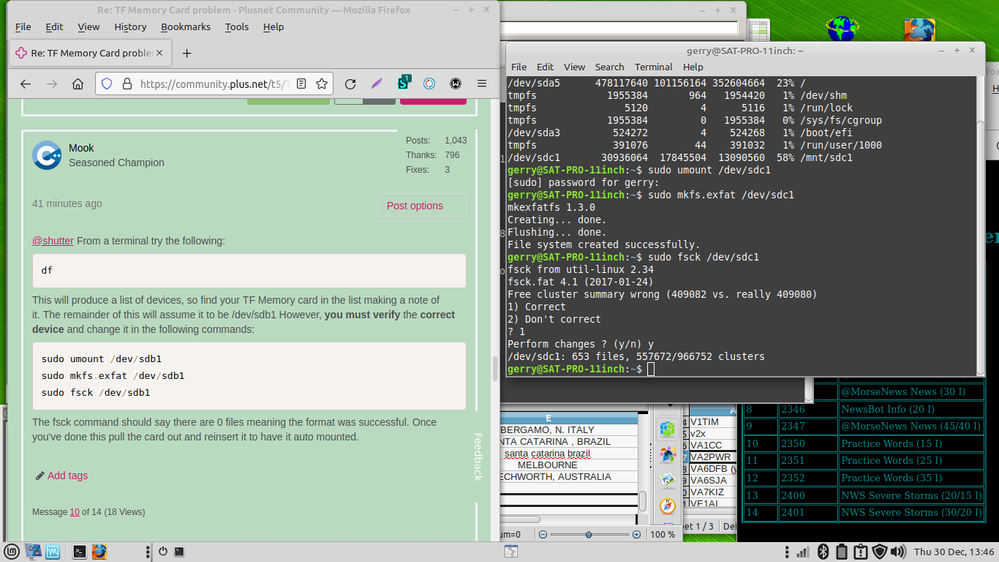 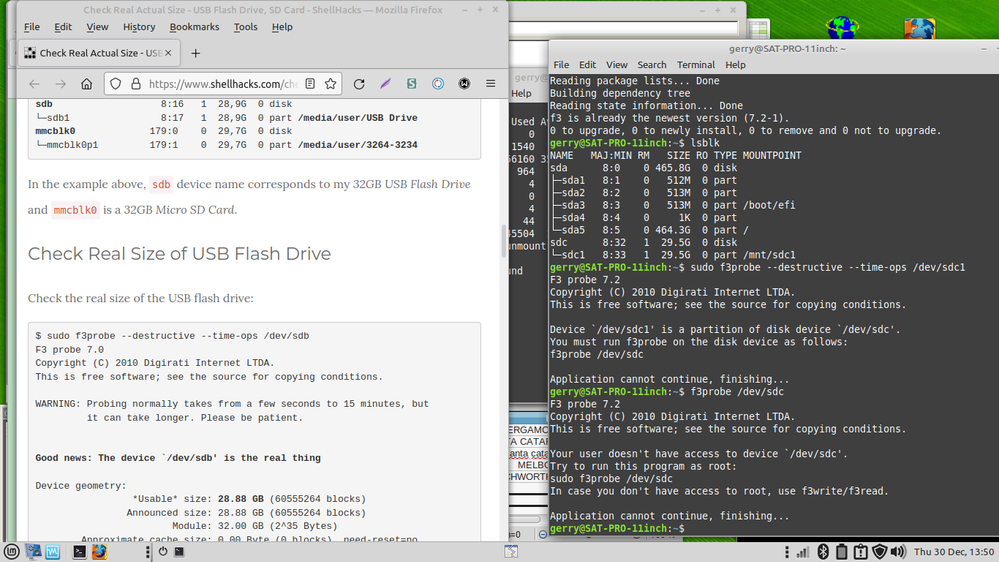 and then i did the f3 command lines again.... 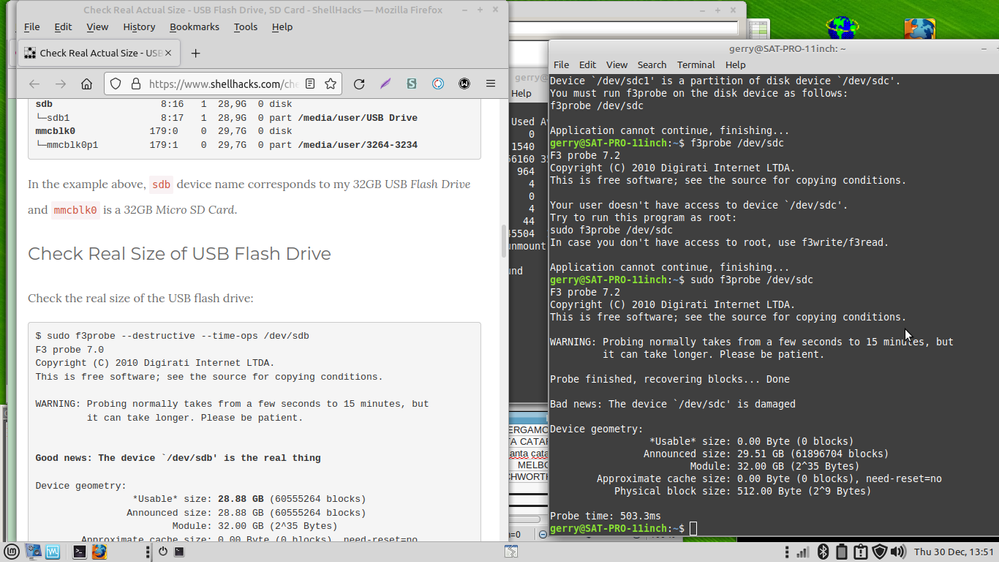 @Mook  after doing the umount again... and removing and re-inserting the card still shows the content as originally posted.