riccardo
Not applicable
Posts: 2
Thanks: 1

I've been with PN for 18 months with Unlimited Fibre. Not a single problem.
The only thing I don't like at all compared to BT (my previous provider) and with many others, is that for everything you have to call by phone.
You can also open a ticket but after 1 week per reply the end is: "Call us on 0800 432 0200".

Basically any other way other than 0800 is there just to convey into 0800 and nothing more.
I'd like a "digital" support with typing/tapping, no voice, as the year 2016 requires.
With BT I could use the email for discussing about everything, from bill to tech and options.
Now it's renewal time.
I'd like to contact Customer Option via email or other digital form that doesn't require voice (think of me like an impaired person).
Is it possibile to do it in writing? Why not? Better not to give the customer the time to think?

No email no renewal.
In the meantime the new contracts for Unlimited Fibre have dropped upload speed from 19 to 2 mbps and I don't know yet (despite 2 questions via ticket) if that also apply to me if I renew or if I can keep my 19mbp upload speed.
Cheers!
Message 1 of 12
(2,030 Views)
Reply
1 Thank
1 user liked/thanked this post: riccardo2.
11 REPLIES 11

Hi riccardo,
You won't be able to reach us by email but if it helps you can contact COT by letter via the following address:
Customer Options Team
Plusnet PLC
The Balance
2 Pinfold St
S1 2GU
If this post resolved your issue please click the 'This fixed my problem' button
Message 2 of 12
(1,617 Views)
Reply
0 Thanks

riccardo
Not applicable
Posts: 2
Thanks: 1

OK , Thank you, better than nothing.
It's however a little bit weird that a communication company in the digital hera can only be contacted via Graham Bell phone or via Royal Mail

I think I'll take myself off-grid to live as a full-time spoon whittler!

An old post now I know but having just stumbled upon it in my search for help to assist a Plusnet member who is over-seas at the moment and unable to phone or use chat I'm stunned!!! I've had this problem myself many times but I just thought I was looking in the wrong places. No option to email defies all logic. Some of us are hard of hearing, how do you cater for people with disabilities who might have trouble talking on the phone? What happens when Chat is closed?

According to Plusnets own wording "We're here all day every day" but that's clearly not very true!

I've so far not had any real emergency with my Plusnet account but it doesn't look very promising if that should ever happen.

Get with it Plusnet, email contact is a MUST if you're to serve your customers effectively.

Same old problem - I've been with PN for over 10 years and support in the UK has been fine. But, now I'm out of Europe for a few months and in time zone +8 so working hours don't overlap.

I understand the logic that PN put up for not having e-mail contact but it's a flawed logic. If I could raise a ticket I could proceed from there, but to do that I need to speak to someone ....

Hi Mkslinky, it's still me with another account because the other one doen't let me in and the reset link doesn't let me change the password (probable the account has been locked).

No option to email defies all logic.

Inf act I didn't renew any contract (but I'm still with PN month by month) because as soon as I have time to look around I'll change for any other company with email/ticket support (real ticket not a ticket to be open by phone).

Having support this way.... 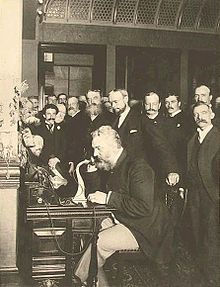 in the year 2017 is not outdated, it's ridiculous!

It's OK having the possibility to call by phone as an added value to tickets/email, but not having emails/tickets is out of the world.

It's not only a question of emergency, it's also about the comfort to ask something not urgent when I have 5 minutes and waiting for the reply that I can read when I want. Could also be convenient for PN. It's not for chance that 90% of hosting providers use ONLY tickets and phone only for high end products.

Moreover, it's often complicated to explain things by phone compared to tickets/email where you can attach files/screenshots or a well explained situation.

I work as a software architect/developer and for me WORDS are NOTHING, useless chit chat not for dealing with real problems/jobs.

In the list of the top 10 internet providers, the most ranked not only have tickets but also the support email address in the header. 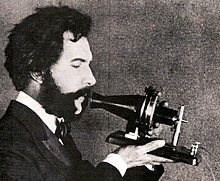 When we all first started using the internet, most companies had email addresses customers could contact them on, but this has slowly ceased to be the case, probably because customers were actually contacting them.  Now nearly all use unmonitored addresses for contacting us.

most companies had email addresses customers could contact them on, but this has slowly ceased to be the case

In which universe has ceased? I talk by email with every important company of this world starting from Norton, Kaspersky, Oracle, all the open source world, etc. I've even bought my car from Italy by email. BT can be contacted by email (I've talk both with support and managers). Same thing with ION. Same thing with HMRC. Same thing for NI. So I don't see the emails is fading out.

Now nearly all use unmonitored addresses for contacting us

I didn't want to publish that here but at this point... Top 10 list.

Look the top rated providers which kind of support have got. The 1st one has the email in the header of the website. The others have at least tickets, and form modules to send a request.

Do any of them cost less than PN?

All jokes aside I think Plusnet should be reviewing this as a matter of priority. Chat as we know is only open for a limited time each day and phone lines are nearly always busy. I should know I'm one of those poor customers who's sat patiently listening to that dreadful music whilst slowly getting wound up at the extraordinary long delay in answering my call. On many such occasions I've simply hung up out of frustration which then leaves me wondering if Plusnet really has my best interests at heart..

I've said in other threads that I don't have any issues with my broadband or phone service but what does irritate me and I'm sure irritates many others too is the lack of support when it's really needed. Not everything requires a long winded phone call to sort out, some things could be dealt with in seconds or minutes with a quick email.

As mentioned above an email can explain things much more clearly and because it's an email it can be actioned as soon as practical, it doesn't necessarily need to be done that instant. I simply don't believe that phone calls can deal with more customers and especially when it's easy to stretch a call out even longer talking about non related issues. I think the last time I called Support I was on the phone for around 40 minutes, much of that time was idle chit chat. Think how many emails that person could have responded to in that length of time.

Plusnet seems to be wasting some resources where they could be put to better use elsewhere.

I can appreciate PN's reluctance to use email due to auditing issues, but if we went back to being able to raise tickets, we wouldn't need to email!

There have been umpteen posts requesting a return of the ticket system, but thus far to no avail.

Do any of them cost less than PN?

I simply don't believe that phone calls can deal with more customers and especially when it's easy to stretch a call out even longer talking about non related issues. I think the last time I called Support I was on the phone for around 40 minutes, much of that time was idle chit chat. Think how many emails that person could have responded to in that length of time.

In fact, the most used form of support is the ticket, not the phone, and not because the rest of the world is nuts.

Plusnet seems to be wasting some resources where they could be put to better use elsewhere.

Sometimes companies avoid the written form not because the phone is quicker and takes less resources,  but simply because they don't want to leave tracks OR, especially talking about salespersons, they can make smoke and bend the truth in a customize way.  Is it coincidence that at PN just the so called "Customer Option" is reachable by phone ONLY, not even by chat?

On the contrary, especially when dealing with prices I want it in written form ONLY + I want time to think over. The written form is the only right good way to ponder things right. (There is a reason if we have books instead of simply oral tradition. :smiley

I would add, that the ticket system is also a good way for companies to check which operator is to be fired first than others or to reward some instead of others. On many support systems, customers can rate the operators with stars or points. That's not possibile by phone.... and the company cannot realize if some operators are ruining their reputation.

I can appreciate PN's reluctance to use email due to auditing issues, but if we went back to being able to raise tickets, we wouldn't need to email!

For me there is no difference whether tickets or email, the important thing is the written form and possibly in a deferred mode (the chat is convenient in some cases but tickets/emails are better for the vast majority of all cases... starting from the point that I could have time only when the chat is closed).

There have been umpteen posts requesting a return of the ticket system, but thus far to no avail.

Maybe when they'll reach position 100 in the top 10 list despite the expensive TV spots, while others are in the top 10 spending NIL... at that point some questions will probably arise in the mind of the PN CEO.

I've said in other threads that I don't have any issues with my broadband or phone service but what does irritate me and I'm sure irritates many others too is the lack of support when it's really needed.

Me neither. I've never had a single issue in the last 2 years, and that's why I'm still here. I've never asked for discounts, I pay the price in full, but at the same time I'm here without any contract, renewing month by month because:
- 1st because nobody asked me anything or make an offer when my contract expired
- 2nd I'll never call the Customer Option by phone,
- 3rd I didn't like the reply: "You can write the customer option by post!".  To an ISP? Seriously?!!

- 4rd I don't like the support without tickets or emails so the first problem I'll face here would be a great opportunity to switch.