Plusnet are criminally incompetent and just can't get anything right. Also illegally doing things without the customers consent.

I was told this would be refunded once they had taken out final payment by DD.

I checked at my bank yesterday to see that plusnet had taken out about 38 pounds. So called plusnet yesterday and ask about my £28 pound refund as agreed. Adviser said, as soon as it's clear, that I would be refunded back via DD.

Well log in today only to find major cockups and total mess your incompetent company has made of the account and payments.

First you illegally cancel my DD and removed my DD details without my consent. I know why to try and wiggle out of refunding me.

Then I find I have some credit note for 6. 60 that the adviser claims is something to do with a charge PN owe me. I was not aware of this. Then I see plusnet try to illegally set up new broadband service and want to charge me £22 for it. Several emails telling me, my DD had been cancelled and that my phone or something has been reactivated Unbelievable!

The adviser didn’t have a good grasp of what were going on so asked to speak with a manager. Were told not to worry about the broadband services and she would sort it. Sorry I do and will, as should not be any broadband or phone!

The manager could not tell me who illegally cancelled my DD and they it may have been automatic. Well you did not have consent from me to do that.

She agreed about the 28.27 but apparently because plus net screwed up and removed my DD details, they can’t pay me back this way but send a cheque which she would get out to me ASAP.

Well this is criminal of you to do this and am reporting plusnet to ofcom for this.

You screwed up by cancelling my DD and to try and avoid paying me back?

I were also told the 6.60 were paid before the DD got canceled but this is not true.

I called my bank this evening and they confirm, the plus net DD is still active and that you could of still paid me my refund this way. The bank confirms you took your payment of £38. They also confirmed that the 6 quid odd in my billing , has not been paid like I were told.

Sort yourself out you are one bad ISP that can’t get it’s own house in orders and glad I left you. You will be reported for fraud if I have to.

i think you have gross misunderstanding of the word illegal.

somehow i knew you'd be back though.

Sounds like a [-Censored-] up born out of a breakdown of communication and lack of training. Unfortunately it does happen from time to time. Hopefully the manager you are in contact with will put things right for you and look into why this has all happened to try to ensure it doesn't happen again.

I thought whenever they've owed me money they've just sent it by BACS so wasn't aware of the refunding to DD part. Still, I'm sure you'll get your money back even if it does come out as a cheque to you. Plusnet have never tried to ***** me over anyway.

I am afraid its far worse that that and they wont even admit at plusnet, their cockups and what they have done to me and my account. Plusnets billing and customer services is very bad and incompetent. This is one of the reasons I left as this were not the only issues I had .Plusnet don't give you straight answer and lies about these things.

You get passed from pillar to post, told different things by different agents and never get to the bottom of the issues or cockups by plusnet. Plusnet is a disgraceful isp I am afraid.

Don't forget plusnet got fined by ofcom for incorrectly billing customers who had left and looks like that has not changed.

Given the alternative facts you posted in your other topic I do wonder if what you've posted in this is complete and accurate.

It's all complete and accurate thanks. More things have happened today and the bad services has continued. Plus net couldn't organise a you know what in brewery.

The fools  at plus net deleted my emails today, that I were yet to save fully and that's after the manager I spoke with today who is sorting my refund out, said she had re-activated it. Now down to be recovered. Thanks plusnet you incompetent lot!

Jelv you really are getting long in the tooth posting here when you have a big fat link in you sig, saying why you left plus net. You really should not be defending plus net if you feel that way.

Plusnet sucks, get over it!


Plusnet sucks, get over it!

one could tell you to do the same thing

Chenks76 You are not some smart professor you know! 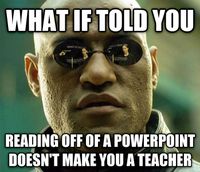 never claimed to be

That's enough, keep the insults out.
Customer / Moderator
If it helped click the thumb
If it fixed it click 'This fixed my problem'
Message 10 of 26
(1,637 Views)
1 Thank
1 user liked/thanked this post: Townman.

To my knowledge only the a/c holder can cancel a direct debit authority; does PN still show on your

There's no way PN could amend the authority.

i assume that what they meant when they said "cancelled the DD" they actually meant cancelled on their system any future requests to be made.


First you illegally cancel my DD and removed my DD details without my consent.

Mars2050 wrote:
I called my bank this evening and they confirm, the plus net DD is still active

Is that even a swear word though? http://dictionary.cambridge.org/dictionary/english/[-Censored-]-up The 1st word on it's own is but not with the 2nd one joined on.