It's no wonder phoneline rental had to go up, they have to fund their screwups somehow, makes me wonder who'll buy up Openreach now that's a separated entity, AT&T? Bell Canada??

We could always have a 'whip-round' and chip in.  Hang on, I'll have a look down the back of the sofa.

A float tip is pleasing in its appearance and even more pleasing in its disappearance.
Growing old is inevitable...But growing up is optional.
Message 46 of 64
(2,390 Views)
Reply
1 Thank
1 user liked/thanked this post: rongtw.

For authenticity the document you link to needs to have the meaningless term "going forward" at least once in every couple of lines.

"That's very similar to my Dad's experience in WW2. The captain was explaining how word of mouth messages often get garbled and had the troop, consisting of many dozens of men, stand in a (very) large circle. He gave a message to one man and told him to repeat it to the man on his left etc etc.

Of course time the message reached the captain again it wasn't the same."

The Captain was, no doubt trying, to simulate an alleged 1st World War incident when a verbal messgage was relayed from the front line back via many mouths. "Send reinforcements, we're going to advance." The message received at headquarters had morphed into "Send three and fourpence, we're going to a dance."

Moderators Note.
Please try and keep the posts relevant.
As has already been stated, to the end customer nothing is changing, perhaps it's time to let this 'Feedback' thread come to a conclusion.
We have general chat if you wish to carry on with a discussion not related to this topic.
Customer / Moderator
If it helped click the thumb
If it fixed it click 'This fixed my problem'
Message 49 of 64
(2,294 Views)
Reply
0 Thanks

wrote:
Moderators Note.
We have general chat if you wish to carry on with a discussion not related to this topic.

Which is where this discussion was at one point.

Perhaps reopen that relevant chat thread and move it back if there is some objection.

It will be a  shame when plusnet eventualy goes, over recent years we've seen support cut back,  things such as the call centre webcams being cut off, and a gradual erosion of plusnet as it was, even down to the old no Tv/radio adverts - as plusnets reputation was spread word of mouth.

I've been with plusnet since 2004, looks like the impending hollowing out and  death of plusnet at the hands of BT will probably be an impetus to move on (origin broadband looks like a good home )

Unless I am missing something Origin's quoted savings seem to be well out:

So Plusnet 2nd most complained about

and what action are they taking to reduce this ?  NOWT


I'vbeen with plusnet since 2004, looks like the impending hollowing out and  death of plusnet at the hands of BT will probably be an impetus to move on (origin broadband looks like a good home )

Origin appear to have issues according to this Thinkbroadband forum thread...

after reading that I would advise caution about using to Origin.

This is again drifting away from the original topic.

Please keep posts relevant.
Customer / Moderator
If it helped click the thumb
If it fixed it click 'This fixed my problem'
Message 56 of 64
(2,079 Views)
Reply
0 Thanks

wrote:
there is no change, only the umbrella organisation. 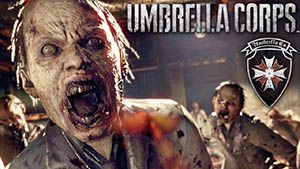 I dont know why companies work like this, it's a merry go round. companies sell bits off and then buy it back, then merge with another and then divide.

I just saw a pinned message on plusnet announcements board how at some point plusnet acquired all of vodafone broadband customers. Vodafone obviousl decided to give up on the home broadband and landline market. Only thing is they've just recently got back in and providing talk talk level prices for new customers.

What I don't get is why do they leave the market and then re-enter like this. It makes no sense to me. I could never understand the corporate world.

Indeed, data provided by speedtest.net seems suspect all round.  I just did 3 tests with a number of their servers and saw remarkably different results.

Upload speed achieved during the test was - 7.86Mbps

Whilst https://whatismyipaddress.com/ reports my IP as...

There is though a reference to "Responsible organisation: British Telecommunications PLC " so it rather looks as though Speedtest (ookla) is taking one tiny bit of data and getting the geolocation data wrong ... somewhat akin to the issues with the ARIN registered IPs.