I'll try to be brief.

Four years ago I "upgraded" to fibre or so I thought.

After THREE MONTHS of being without the slightest trickle of internet access. B.T senior engineer finally said, you can't have fibre where you live. We suffered three months of daily phone calls from PlusNet to me but without any internet access at all.

This year. As our "broadband" speed is around 300k down on a good day, I called Plusnet again to see if things had improved.

I fully explained the problem four years ago to both sales and provisioning, but was reassured that we could get fibre now and was given an estimate of speeds. Silly of me to assume that this was correct but with 300k down it seemed worth the risk.

Ordered 12 August, activation date set for 19 August. Message from Plusnet on 19th stating date had been moved to 1st September. No reason given.

Absolutely NO INTERNET with new fibre (or old) ADSL router.

Called PN. Why are they so short of staff that estimated time to answer is often 30 to 60 minutes? If it wasn't a freephone number I'd have left long ago.

Arranged B.T engineer to call. (Starting to sound so familiar)

Called Plusnet again after he had left. Told switch over from Fibre back to ADSL would take 3 to 5 days.

It is now 14 September and I still have no sign of any internet access again. Oh stupid me for believing the people who should know.

So up to now, 12 days without ANY internet access. No email, no access to Plusnet forums....nothing..(friends house for this)

So I wait with trepidation. Everyone at Plusnet has been helpful and understanding but your owners. the B.T group don't appear capable of (I'm reliably informed) a very simple 2 minute switch over.

Maybe when B.t spend some of the taxpayers money they have been given on rural broadband for both home and business, we'll get acceptable speeds. Because of our location, we don't have the luxury of choice, no sky, no virgin...(not that I would ever want either of them in my home....) so everything has to go down old and decaying copper wire with old junctions. And then distance matters a lot.

Well Plusnet, I hope that I don't beat my record from four months ago.

This is a very sad + unacceptable tale; hopefully someone from CS  will soon take ownership & update here today 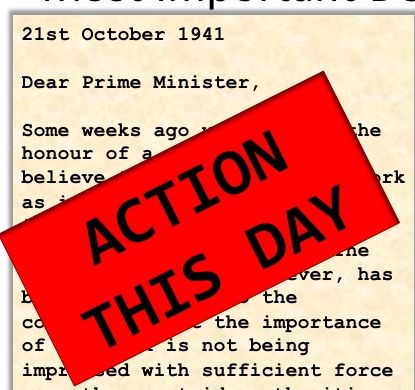 Don't know how to edit my previous post, so here's an update via reply.

Called PN yesterday. Waited 55 minutes to get through. Put through to provisioning. It sounds like a series of actions that should have been made by both PlusNet and Openreach! were not performed or at least, not on time.

I'm now told that I have to wait until midnight on Monday 19 September for the action of a simple five minute switch over to take place.

I'm away for a week tomorrow, but I expect absolutely no internet on my return. And off we go again....

It has been hinted that it's probably considered as a new installation with a new 18 month contract.

If this is the case, I expect exactly the same prices as any new installation would have."unlimited broadband free for 18 months" for a start. And of course compensation for loss of any internet service (despite paying in full for fibre this month) for at least 18 days and probably more.

Are Plusnet becoming a failing telecoms provider I wonder?

Special thanks to Paul at Provisioning at Plusnet for his genuine sincerity and help. I know it's beyond your control.