I live in a shared house with a Hub One router. We have a couple of computers connected by Ethernet, and a dozen or more devices that connect via WiFi.

Since the start of lockdown, we have been having intermittent problems with the WiFi, and in the last couple of weeks they have become more frequent.

The problem is that the WiFi loses its connection to the Internet.  When it gets in this state:

* The computers connected by Ethernet can access the internet normally

* The mobile devices have a strong WiFi signal.

* The router (accessed via http://dsldevice.lan) lists the various devices as connected

BUT these devices connected cannot actually access the internet.  Attempts to load web pages or similar fail with messages about not being connected.

Last year, we were advised to disable the 5GHz Wi Fi.  For a long while, that seemed to fix things.  But now the problem is occurring again.

So, too, does disabling the 2.4GHz WiFi, and then re-enabling it.

In both cases, as soon as the WiFi comes back, the devices reconnect and work normally.

Anybody got any idea what is happening?  How to fix this?

Customer / Moderator
If it helped click the thumb
If it fixed it click 'This fixed my problem'
Message 2 of 19
(1,495 Views)
0 Thanks

Use forum's SEARCH box and search for "wifi issues".

Re enable 5ghz band but change it's SSID, so is separate to 2.4gh id. 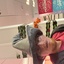 Thanks for your post @robertii and welcome to our Community Forums.

I'm sorry to see you're having issues with your wireless signal.

Based on the behaviour you've described and that your router's almost 6 years old, I've arranged to send you a new one.

Can you let us know how it goes once you've got it?

The new router has arrived.  But the interesting news is...

I phoned support on Saturday, before I saw your post here, and spoke to someone.  He told me that all routers (including mine) had had software upgrades that fixed the bug caused by having the 5GHz wifi active, so there was no reason for me to leave mine deactivated.

He also said he thought that the problem I was seeing was caused by interference from one or more other nearby WiFi networks, and suggested that I manually re-configure my hub to change the channel for the 2.4GHz wifi.   I had tried that last year, when I'd first had the problem, and it had not helped.  But I thought that if the hub had been updated, it might be worth trying again.  So on Sunday I re-enabled the 5GHz and configured the 2.4GHz to use Channel 3 (rather than 11).  And so far, everything has been working properly -- I have not had a recurrence of the disconnection.

I would really like to know whether changing the channel on the updated router has actually fixed the problem.  So I'm thinking to continue to use my original router, on its new channel, at least until it fails again.

I'll post an update here either when it next fails, or at the end of the month if the old router is still working and the problem really is fixed.

Thanks a lot for reaching out and for letting us know that changing the wireless band and WIFI channel settings on your router has fixed the problem for the time being. These are my "go to" things when customers have contacted us about their WIFI service.

We have a handy little tool on our end called "Smart Wireless" which scans your local network, and puts the router onto the best channels for your environment. I also tend to split the SSID's as well. For me, this has worked a treat so far.

It's important to acknowledge that while a certain WIFI channel might work well at first, it can become clogged up over time. I'd suggest downloading a WIFI scanner though, which will work similarly to our Smart Wireless tool and will scan your local area. You'd then need to manually adjust the WIFI channel accordingly.

So the good news was that with the old router, re-enabling 5GHz and switching to Channel 3 pretty well stabilised the situation.  We sometimes had to re-start it, but only once a week or thereabouts.

But in the last week or so, things have fallen apart and we are currently getting devices disconnecting from the wifi every few hours, even though they are showing reasonable (i.e. two bars) of WiFi signal.

Sometimes they re-connect (after a few of minutes), but typically we have to switch off the WiFi and then re-enable it, at which point everything re-connects and we get a period of good service.

I wondered whether the new router you sent (same model) would make a difference.  It doesn't.  It seems to be the same.

I have a tablet running a wifi scanner ("WiFi Analyzer").  It shows that there are other networks in the area, but none on channel 3, and all at least 15 dB down.

And now, my phone has just spent 5 minutes being told it has the wrong password for the WiFi.

Even though it had been on the network all morning.

And then, just as suddenly, it was OK again.

I'm sorry to see you're having issues still.

Can you find out what software version your router's running out?

Well, having the problem "again" more than "still".  It was "a nuisance" from when I first posted in early September until maybe a week or so ago.

But in the last week or so, we've had devices disconnecting "all the time"

I happen to have a printout of a settings page from the old hub.

But the year is missing from the printout!

I started using the new one a couple of days ago, since "you" were sure to ask whether it was any better.

But it isn't -- I think it is actually worse, though it is hard to be sure.

Thanks for getting back to me @robertii

The new router is on an older firmware version with some known WiFi issues but your previous router is on our latest firmware. It may be worth posting in the topic Here to ask that we push this same firmware down to your new router.

Thanks, @Gandalf I have done that.  Hopefully the update will get me back to where I was.

But I think I'm still not going to be out of the woods: I switched to the new hub because the old one (which is/was on 289) started falling about.  And I'm not sure what to do/try next.

@robertii  Both of your routers are not on the latest firmware. version 4.7.5.1.83.8.289.1.3 is the latest and being rolled out to all Hub1 customers. That will not be quick though so worth posting as suggested by @Gandalf