Hello, I hope someone can help me. My router fell today, and I'd just assumed it would work again as always. But ever since the fall, the power light has been greyed out. Now I can't connect to the internet.
I know this isn't normal and I've called Plusnet for guidance, but does anyone know what this is?
If you do, I'd appreciate any help.
Thank you
Labels:
Message 1 of 5
(330 Views)
0 Thanks
4 REPLIES 4

Welcome to the forums, @safi1978 . When you say it 'fell' do you mean it fell on the floor, or 'fell over' as in lost connection?

If it is the first case, it is probably damaged beyond repair - electronic devices don't like hitting hard surfaces.

If it is the second case, can you describe exactly what you mean, and someone may be able to advise.

Well, it seems things have changed a lot in the last few minutes! The internet connection is back and all the lights are on bar the Power light.

Also, to clarify it didn't fall to the ground. I knocked it over with my arm and it fell on it's "face". So not a dangerous distance, just a small fall. That's why I thought it would get better.

I suspect the people at PlusNet must have done something. I did a factory reset a few times, so that might have helped. The power light is still off, though, which confuses me. Do you have any idea why that could be?

Here is a picture for clarification. 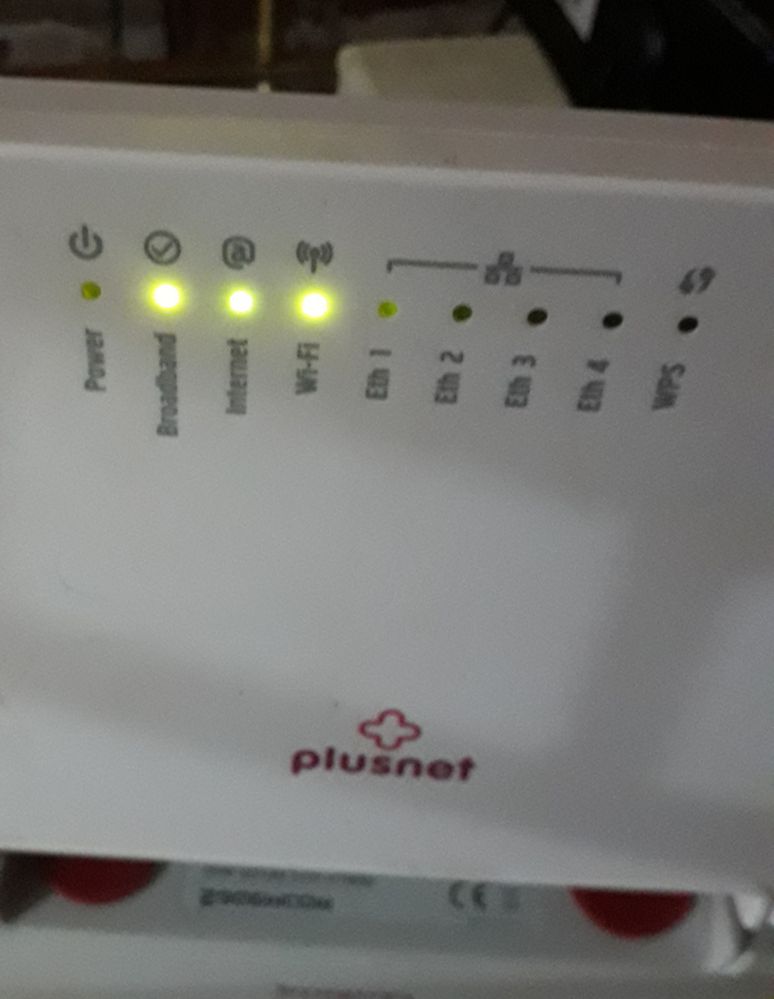 I  would politely suggest you move it to a safer place if possible. As I should have said, electronic items don't like being knocked, and just occasionally, a 'fall over as you describe can be enough to damage sensitive components.

I doubt PN will have done anything, to be honest - but I may be wrong.

If the power light is still off, you may have either broken the LED or a connection.

EDIT - looking at that picture, my suggestion above is the most likely answer.If you can live with it like that, carry on - it won't affect its operation, and PN won't replace it for you - not FOC anyway.