It seems rather strange when you consider there are active trolls in this community whose reason for joining are unclear.

@rongtw is a Plusnet customer who has asked for and given advice here and also wholeheartedly taken part in the general chitchat that keeps communities such as these active. 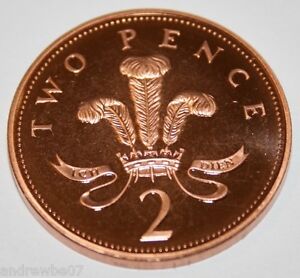 I've just renewed with PN on what I consider to be a really decent deal after upgrading to Unlimited fibre extra. However I can't help but feel my loyalty to them has been somewhat over shadowed now and I if I hadn't already renewed, I would have thought seriously about about doing so, silly really as these 2 things aren't related.

Now you have renewed your contract with PN the next thing to do is make sure you ..........

I’m shocked by this news. Given I do not visit chat much I have no insight to Ron’s contribution there and what gave rise to this decision. Elsewhere, though at times challenging, he has been an excellent contributor to many technical discussions. I’m sure many will miss him, aside from some notable always negative contributors around here ... for whom a life ban would significantly lift the whole atmosphere around here.

Equally if people cannot behave and play nicely in the chit chat playground many be it should be closed again for a while?

Comments like that do the superusers no favours whatsoever.
"An avid and active forum user?"
lmao
Ex-Plusnetter now living life in the G,fast lane!
Message 20 of 60
(1,643 Views)
1 Thank
1 user liked/thanked this post: Nibiru.
Highlighted

These posts clearly show that rongtw is a valued member of this community i hope the mods and plusnet staff are taking this onboard.

Our community ( not speaking for the trolls ) used to be like a little family and this is our family sticking together, ban one of us then you might as well ban as all.

I guess your disquiet referred to my suggestion about people playing nicely in chit chat ... rather than recognition of Ron’s positive technical contributions?

I don't ever recall ever seeing anything rongtw saying was offensive, but then again I didn't really remember reading many of his posts and there may have some that had been taken down by the mods.

I must say I've been a bit disappointed in the way the forums have been run by the mods and PlusNet staff of late (I'm including them as of course they are involved), particularly closing down General Chat for a few days which as I suspected achieved the square root of nothing.

The mods should be targeting the people and posts of concern, not everyone. It's rather akin to some people causing trouble at a music festival and the festival being shut down completely, rather than the troublesome people being evicted, arrested and forced to leave the premises.

That said I don't lie the blame wholly on them as I did read some posts which needed action taken.

With some of the posts I've read, I think a primary school playground would be better behaved.

In general I look at this forum (and anything I post on the internet), as "Would I talk to this person in this way in real life if I saw them face to face?". If you don't agree with someone you don't resort to insults or put downs, just say "I don't agree" and tell them why.

Sorry for the long post, just my opinion to everyone.

Nah, "I do not visit chat much" hardly meets "Avid and active"
Ex-Plusnetter now living life in the G,fast lane!
Message 24 of 60
(1,584 Views)
0 Thanks
Highlighted

Each to their own - I think I cover other areas well - chat is not really that central. However you are taking this thread way off topic; my presence or not in chat is not important in appreciating Ron’s contribution to helping others.

@Browni wrote:
Comments like that do the superusers no favours whatsoever.
"An avid and active forum user?"
lmao

Compare and contrast contributions in posts / likes across the Forum is fine, but being selective about which board to pass judgement on is a tad disingeneous.

Other users have high post count / likes predominantly in Chat and with little involvement elsewhere.

In my view both options are valid and help create the diversity that the forum sets out to achieve.

I didn't set the guidelines for the superusers...
Ex-Plusnetter now living life in the G,fast lane!
Message 27 of 60
(1,504 Views)
0 Thanks
Highlighted

It would be unfair for me to publicly comment on individual cases but I would like to say the following.

The Plusnet Community Moderators do an excellent job of managing these boards. They do it for free, in often challenging conditions in their own time. I've seen first hand the work they do behind the scenes to make sure that they moderate fairly and consistently.

If it wasn't for the work they do to ensure a safe space and ensure conversations and debates don't go too far and impact the Plusnet brand I would already have closed General Chat permanently.

We want the Plusnet Community to be a great place to visit and for General Chat to be a place where people with different ideas and opinions can get together and debate robustly but politely with each other and we will not tolerate even a whiff of bullying and harassment.

If you break the rules and our Moderators deem it necessary you will receive a ban of a duration that will be determined by the Mod team. If you continue to break our clear forum rules then we reserve the right to ban your account, and any future accounts you create from accessing these boards.

No you did not set them, nor do you need to judge how they might or might not be applicable.

Why are you using my forename in a public forum?

I very rarely use my forename in public fora.

The GDPR has more teeth than your bloody swear filter and may come back and bite your [-Censored-].