Hi Folks
I've done a quick search, and can't find the answer I want...
Basically - any chance of getting the Sky Sports F1 channel? from the channel list I can see there's no "Sky Sports" generally, so i'm guessing it's a "Ha, no." type answer... (Thanks BT for buying Football rights

)
I pretty much pay £76/month for channels which are included within the PTV Packages... + Sky Sports F1 (I have absolutely no interest in football, or any other sport)
I know Sky are selling the channel to other providers (TT can provide it) but i'd rather pay £76/mo then give anything to TT. -  Their price is £30/m for the 6x Sports channels. I'd pay PN that much if they could get it...
Very interested in PTV. but not if I'm still going to end up paying Sky silly money per month ontop...
Thanks!

NowTV says they do 720p for sports channels. Don't know why it says "N/A" for YouView.
http://help.nowtv.com/article/Streaming-Quality
I'd be very very happy if PlusNet would give us just the F1 HD channel for a reasonable price.
Message 3 of 10
(1,776 Views)
0 Thanks

I use NOW TV to supplement Plusnet TV when required.

I have the NOW TV app on my LG TV but you can use other devices such as a Chromecast, Xbox One, Apple TV and Roku to watch through the TV as only NOW TV movies (Sky Cinema) is available through YouView and is in standard Definition.

The picture through the app is decent enough and regularly streams at 720p but I have found that the best picture for NOW TV is actually delivered through their "Smart Box", which I use in the bedroom as a sort of multi-room: 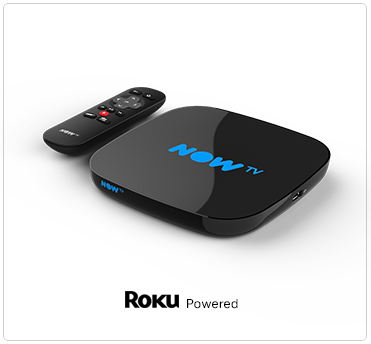 The added bonus is that it wireless, has a Freeview HD tuner and access to the catch up services, which is handy as the TV in the bedroom isn't smart and only has basic Freeview.

I buy codes on eBay rather than paying monthly as you get a much better price. I currently have 3 months of Movies I paid £15 for, 6 months of Entertainment I paid £25 for and a month of Sports at £16. I Sometimes I buy the smaller NOW TV boxes on Amazon when they are on special as they come with codes, then sell the box as I don't need it, as that keeps the cost down.

By the way the monthly sports pass is now £33.99, but if you buy a pass then go to cancel they will usually offer a discount for a month or so to stay. I tend to buy weekly pass codes and then only use them when their is stuff I actually want to watch in terms of Sports, not so easy I guess if you want to watch a full season of F1.

A couple of last bonuses of their "Smart Box" is that it has the Sky Sports Box Office so you can order and watch big fights plus it has Sky Store so if you bought any content from Sky when you used to be a customer, you can still watch it.

My brother has BT TV and Sky Sports and all he gets is Sky Sports Main Event and Sky Sports Extra, which for the price he pays is pretty poor value IMHO at £27 a month in HD now and then £33.50 a month from 20th August!

Sky sports F1 on plusnet would be awesome!

But doubt it will ever happen. After next year C4 will loose it and it is only on sky... Maybe more options will come...

Ironically, I read somewhere that NowTV is owned by Sky anyway.

My parents use it, but not for sport just the basic stuff and kids channels for my niece.


Ironically, I read somewhere that NowTV is owned by Sky anyway.

But they own the rights to F1, so if you want to watch legally you either get an expensive Sky subscription or find the best way to keep the price down. Now TV is a good choice in that sense IMHO.

For what it's worth, I don't think Sky Sports will ever be available via Plusnet, it's supposed to be a budget provider after all.

I know what you mean.

But if you were to go into a pub, the chances are football will be on - so you have no choice.

Shame it is not on the protected sport list, but I only have sport to watch that really. Oh well, I may as well use my Sky sports subscription and actually watch it tomorrow