I'm currently posting this review anywhere and everywhere on the internet because I'm unable to speak to anyone at PlusNet via the usual channels.

"AVOID. PLUSNET ARE AN AWFUL, AWFUL COMPANY. My mother very sadly passed away recently, I regrettably inherited PlusNet as broadband provider and I can honestly say this is the most unsympathetic, ruthless and difficult company with the rudest and most robotic staff that I have ever had the misfortune of dealing with.

In dealing with mum’s affairs and estate between me and my wife we liaised with banks, credit card providers, mobile phone providers, finance companies, HMRC and not one of them have been as unaccommodating or uncooperative as PlusNet.

The situation that I now find myself in due to the incompetence of the ‘bereavement team’ and their illogical, unfair process following the death of a customer is incomprehensible but I will try to explain as best I can.

A couple of days after my mother’s passing we began to close down accounts and to notify creditors of her death, a difficult, emotional and lengthy process which most companies seem to make as painless as possible EXCEPT PLUSNET. We notified over the phone that mum had passed away and wished to close the account, they transferred the call to the bereavement team and took payment for the small outstanding balance and then FAILED to close the account. They have continued to try to take direct debits from my deceased mother’s bank account and after defaulting have then referred the case to a debt collection agency to recover the monies.

As it turns out, not only did they NOT CLOSE THE ACCOUNT they went on to TRANSFER THE ACCOUNT INTO MY NAME!!! Or at least an abbreviated version of my name, which they garnered from the prefix of my email address which was given to them for any future correspondence. Very sneaky indeed as my full name was never given.

A simple call to customer services would resolve the issue, you might think, but no, because this is where the sheer level of incompetence really shines through. Although an abbreviated version of myself is now the name on the account I am unable to pass security to be able to speak to anyone remotely resembling a human being, because they will only accept my mother’s original username and password. I have called to explain no less than five times that my mum selfishly did not divulge her PlusNet username and password on her deathbed and that there was no way I would ever be able to obtain the information. They are unable to understand this and we are now locked in a stalemate where they are chasing a person who does not exist, via a debt collection company, for money that isn’t actually owing, due to their own stupidity.

LONG STORY SHORT, IF YOU THINK THAT YOU MIGHT DIE ONE DAY THEN PLEASE DON’T CHOOSE PLUSNET AS YOUR BROADBAND PROVIDER."

and disgusted at PN

if you read these forums they do not have a good record with this matter and keep promising to get better .

Really sad for your loss and was disappointed when I read your original post here.

May be easier, if you knew your mum’s email address the account name is the bit between @ and .plus.com

I am sincerely sorry to hear of your loss and to read your post describing your experience with ourselves. I have sent you a private message concerning this matter and I would ask that you please respond to this as soon as you're able to, so that we may pick this up for further investigation as soon as possible.

I was contacted by PlusNet today and miraculously passed security 🤔

The situation isn't resolved. The latest is that I set up the account in 2001 when I was 14/15 years old. You would think that after being with them for 18 YEARS(!!!) I might receive better treatment. Not that I have been with them at all, nor this mythical Lew character.

Come on PlusNet, I don't want to be here on forums and social media making a load of noise, it's making us both look stupid. But I'll keep on until you admit that there is an error on your infallable system, close the account and offer an apology. Maybe offer some compensation for the inconvenience too

Hopefully this will be resolved tomorrow.

Email conversation posted to offer transparency to other consumers. 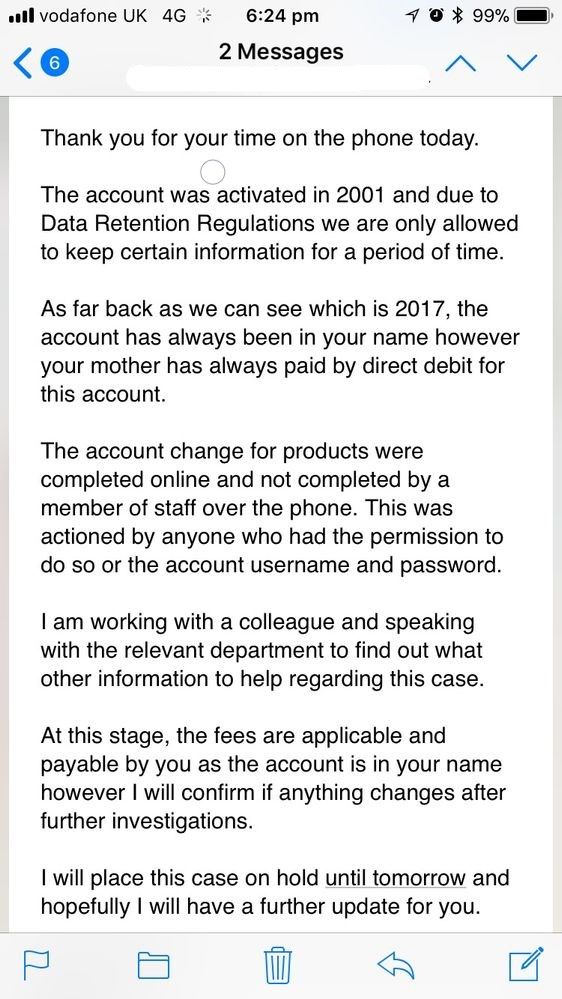 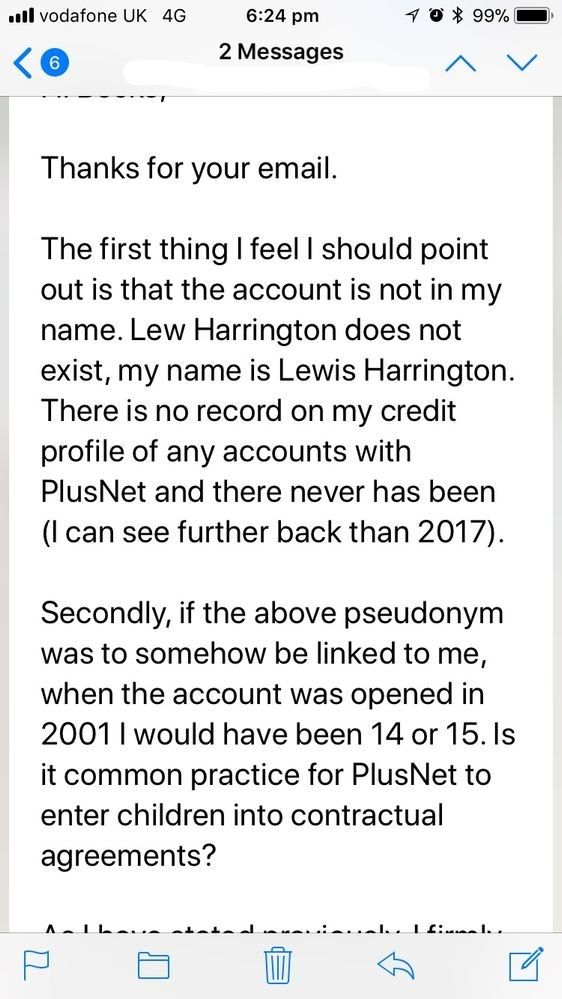 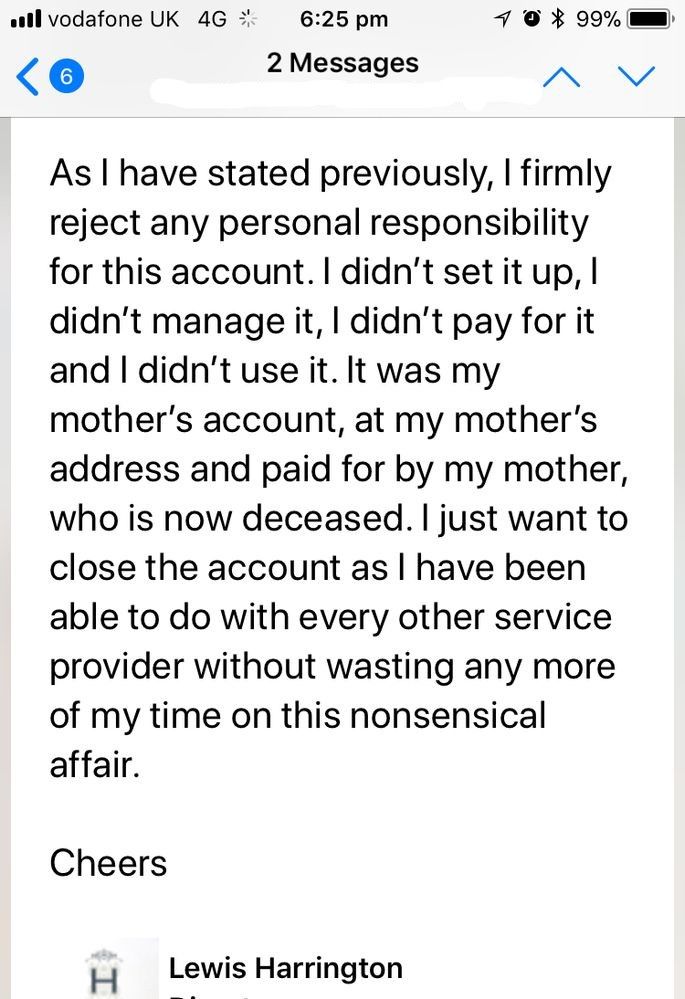 Moderator's note by Dick (Strat): CSA name(s) removed (to an area staff can see) as per Forum rules.

Hello @Lew1986 I am deeply sorry for your loss and for any inconvenience caused as a result of this issue.

Please rest assured the appropriate member of our team is dealing with your query.

You will receive an update from us later today, we appreciate your continued patience throughout this process.