After a year of issues with our broadband (actually three years in total, but a year with Plusnet), we are still no further forward due to multiple failings by Openreach and unfortunately an apparent lack of care by Plusnet.

We have been promised a senior engineer 8 times now, with Plusnet apparently requesting one each time by contacting Openreach, and we still have not received one, despite the policy apparently being that it should be escalated after three engineer visits. In fact, Plusnet informed us that it had spoken directly with a manager at Openreach (as we certainly can't contact them), who confirmed that they had not done what they should have done on multiple occasions, and promised a senior engineer would be sent out to investigate this long-running issue. When this did not happen, there was no apology from Openreach, simply "we didn't think it was necessary".

We were advised by a customer services representative at Plusnet that, due to the length of time we have had issues and the multiple failings, we were within a position to request a complaint to Director level at Openreach through Plusnet. We have requested this multiple times and been delayed by the complaints team at Plusnet due to an apparent lack of concern for any of the issues that we have faced. We have also been told that, as Openreach are reporting that the issue is fixed (which is totally incorrect), Plusnet have no recourse to request such a complaint.

We have been refused any engineer visits in the past and told by Plusnet that the issue is WiFi and we are using too much internet (I use 4G instead of WiFi, as it is so unreliable, so I don't see how this is possible) and that the only way to determine whether we have a fundamental fault would be to do an ethernet test. In fact, the faults team refused to progress it any further until we had. The ethernet test confirmed our problem, with speeds as dire as 2mbps and nowhere near our promised speeds on a regular basis.

Since we conducted these, apparently crucial, tests, the team at Plusnet have glossed over it, have not referred to them and have simply told us we can leave if we want to.

There is a fundamental fault with the way Openreach does not communicate with the consumer- this means it can fail on multiple occasions and not have any recourse, apart from the ISP, which- when the relevant team doesn't seem to care about the fault or denies it exists- is not a very reliable way of holding the company to account. We were told that, even if a Director level complaint was made to Openreach (which Plusnet seemingly couldn't be bothered with), that Openreach did not have to let Plusnet know the outcome. This does not seem to be fair to the consumer at all, or indicate that Openreach are accountable to anyone.

I never post on forums, but feel so let down by both companies at this point and felt the need to share. Unfortunately, I don't think this is an isolated experience!

Re: Fundamental issues with Openreach and Plusnet- 3 years of issues and no resolution

Welcome to our community forums @a176

I'm sorry for the issues you're experiencing with your connection. From what I can see your complaint's with a manager of our Advocates department (complaints) and we're doing everything we can to fix the problem as soon as possible.

Unfortunately we can't raise a complaint with Openreach as you've suggested however I can see we have raised escalations which are a form of complaint in their own way as they'd be case managed towards a resolution.

The escalation team would then normally email the patch manager and patch lead of the area to ask that a senior multi-skilled engineer's assigned but there's never any guarantee this is possible due to engineer availability.

With regards to raising a director level escalation into Openreach, they'll only accept one under certain circumstances.

Looking at the point you've said that engineers have incorrectly reported the issue as fixed, to clarify when an engineer leaves a job unless further work has been identified, they'd have to close the job, whether that's closed as they couldn't find a fault, or they've identified and fixed a fault that's hopefully resolved the problem once and for all.

If there are further issues we'd then book another engineer that'd raise a new job with Openreach (with the history of the previous ones still visible) and raising the fact we've had to do so again with the escalation team.

I know this has been ongoing a while and you've probably been over a lot of stuff so I don't want to risk going onto old ground but I've run some tests to see if there's any input I can give into this.

The tests are showing your speed's stable at around 22mbps and there's no issues detected and we can see a fair amount of usage. When you provided your speed test results on a wired connection, I disagree with the part you've said we've glossed over it, because we've continued to arrange engineers based on the slow speeds you've shown us.

Without further ado, to confirm when you ran a speed test on a wired connection, was this with a laptop/computer plugged directly into the router using an ethernet cable with no powerline adapters or switches in place?

I've attached a copy of our testing below if you're interested and it may also help other people chip in with ideas:

Here's how your connection's been doing over the last 30 days 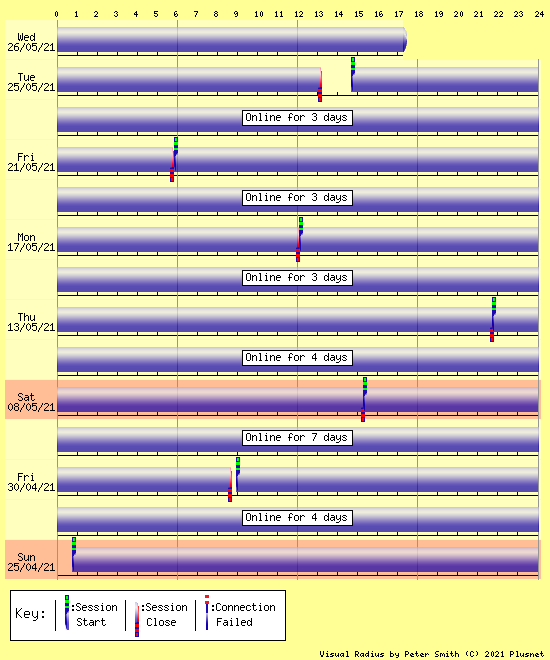 Some advanced testing below: