Right, this could be nothing, could be a bigger issue, might be related to the new firmware, might be down to Windows 10....?

So we have multiple phones (Android only), tabs (Android and Apple) and Laptops (W7 - not used for a while and W10 - 4 minimum)

I've already mentioned elsewhere that one phone now has a 'poor connection' message pop up from time to time and a smart TV now has a weaker signal after the update. The WiFi is split, manually selected and no known WiFi interference etc.

The following has got to be a pure coincidence, hasn't it.....?

Can't connect to this network

I tried the built in troubleshooters etc etc etc. Also forgot network to start afresh. I was almost at the point of resetting the laptop to factory defaults (having backed it up first). But I then connected it via Ethernet to the PNH1 and it connected straight away. So I assumed the WiFi card was failing. Googling using another device came back that the WiFi driver was the latest one available. It must be a faulty WiFi card then? but nope it wasn't...!

I ran through various checks etc and went to check Windows for updates, and as the laptop was fine a day before the firmware update I was surprised to see there were a few windows updates from late February and early March.

Again via Ethernet I allowed the updates to install, restarting the laptop as necessary.

Once the laptop was fully up to date, I unplugged the Ethernet and the laptop connected straight away via WiFi to the PNH1.

So why would it work fine over WiFi a day before, but then failed to connect via WiFi the day after the firmware was up and running?

Also posting in case future readers have the same issue - check for windows updates and then see if it connects to the WiFi!

Have you tried a wifi analyser to check frequencies in use in your locale?
Band you use is the most congested; is routers 5ghz frequency turned off?
That may assist.

We (or at least I) have not heard anything regarding a WIN10 / latest FW error/bug.

Tagging in @bobpullen to ask if there is anything I have missed here.

Again via Ethernet I allowed the updates to install, restarting the laptop as necessary.

Once the laptop was fully up to date, I unplugged the Ethernet and the laptop connected straight away via WiFi to the PNH1.

As the issue went after after you let Windows update then it could be something to do with WIN10 itself, but that does not necessarily point towards a WIN10/HUB1 mismatch...it could just be a coincidence, but thanks for raising this, we will keep an ear to the ground.

Yes @Gel I most certainly have used it, often

No, 5GHz is still on, although nothing uses it. I have, prior to this bizarre laptop issue, tested it both with 5GHz off and on. 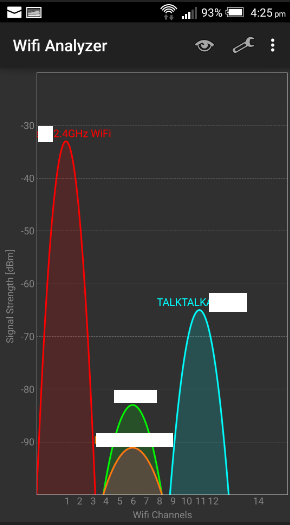 orange is my next doo neighbour

green is my other network

@MasterOfReality I'll admit I've never come across this type of issue before and as I said it could be coincidence. Though I'd of thought it would have done the same only a day before....?

I suppose if others start reporting then I may not be the only one...?

But again, is it, was it, could it

It's worth attempting a factory reset of the router before we look to diagnose further.

I've carried out a full factory reset of the hub. I was rather hoping not to, so I could retain the recent events, but never mind.

It still drops the connection twice as it reconnects, but it's always done this on my PN connection.

I then restored my previous back up configuration file.

I'll see how it goes.

I've seen the update timestamp issue before. I think it happens if you reset before allowing a boot event after the firmware update (could be wrong though).

I'm a bit confused now though. This thread was about the 2.4GHz radio, but I've just read this and now I'm not so sure?

(could be wrong though)

is actually right in this case. My PNH1 was running the .263 firmware for (date wise) 4 days. I found it odd that it'd been sent on the 10/03 but hadn't auto updated straight away. It did this, as I mentioned, automatically on the 11/03.

That other post of mine was on the 08/03, so days before the update was sent. For me (anyway) it was only the 5GHz giving me grief, after the update I appear to be having issues with 2.4GHz now - 2.4GHz never been an issue pre update. I didn't use 5GHz before or after the 263 update. The phone test was to highlight that my phone connected once to 5GHz and then zip, zilch, nada on 5GHz - hence me thinking a caching issue...?

I do, in honesty, think the 'main'? issue is the hub caching devices - hence my phone on that link not connecting before the update using 5GHz and the wifes phone now showing 'poor connection' after the update using 2.4GHz.

I then factory reset as per your advice and thus far, the wifey hasn't mentioned the 'poor connection'. I restored my hub config (yes the pre 263 config back-up installs fine after the 263 update;)) too, so same channel, same router, same new firmware and a reset (which obviously clears the cache) and it's connecting, so far, fine.

But, the TV remains an issue. Pre update it had full signal using 2.4GHz, since the update it reports a weaker signal. I tried last night with 5GHz on and off (already split btw) and no change, it continues to show a slightly weaker signal now.

Kept this separate as it relates to the first post only - re that laptop on 2.4GHz.

That laptop connected fine pre update to 2.4GHz, even though it was not fully up to date (Windows wise)

After the firmware update, it could not connect (as per image above) via 2.4GHZ until I'd connected it via an ethernet cable and then updated a few windows updates.

As I type this, that laptop has not been connected today to my network, and having switched it on it has connected perfectly fine!!

So, if might of been Windows updates (though doubtful), the firmware update (possibly?), a caching issue (possibly?) or something else (possibly).

(and I can't go back to review hub events as the f/reset dumps then. Doh!)

Oddly switching it kicked the other device off the wifi

even though they were manually connected in the first place!!

I know this for sure as the TV popped the 'lost www' logo up and I have this laptop set to not auto connect and it was this laptop I was using to make the changes. Sure enough, I think it was going from WPS on to off, the connection to the hub page timed out and the wifi icon on the laptop was showing no connection.

I wouldn't have thought switching WPS on or off, or off and on would kick the other devices if they weren't connecting via WPS in the first place.

The hub confirms the drop 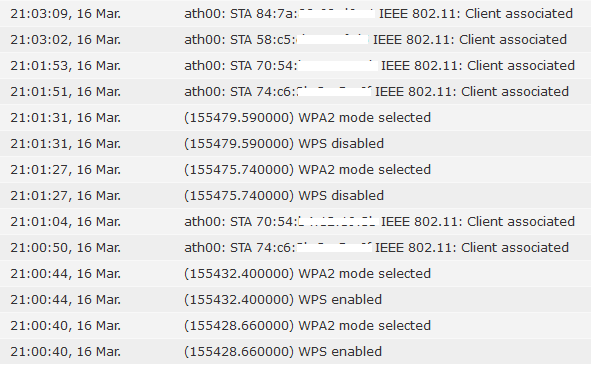 Something isn't right here @bobpullen atm, not too sure what to make of it if I'm honest

So, has something been done to the signal strength with the update, because:

This laptop I'm using, although everything seems normal - as in connection speed to the H1, web pages are very s-l-o-w to load.

Plus at only 8 metres from the router (admittedly not the same room, but doors are open) the signal strength via my phone is noticeably weaker :(. To the point where my secondary router (upstairs and behind a closed door) is actually stronger!! 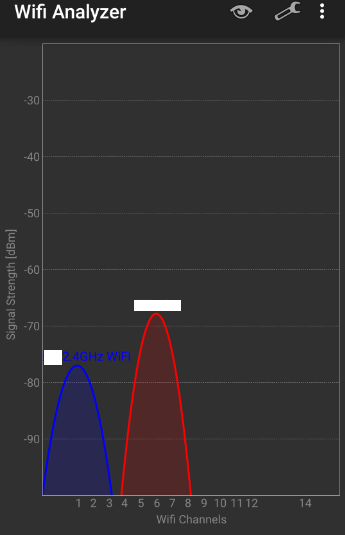 Blue is the PNH1 and red is my secondary BTHH.

Am I missing something here?

If the update hasn't changed the wifi somehow, then I'm stumped!

yep may also have an issue, lost wifi connection to all our devices yday.

apart from my work laptop on 5ghz

i rebppted the router and the problem ws resolved...

Thanks for that @bluewhale

So, is does kinda support the caching issue that I think is actually happening...?

As of now, I'm finding 2.4GHz slow, on this laptop and also on my mobile (also 2.4GHz). The latter also shows a decent enough signal and using the BBC News app as a test, this too is slow to load.

My connection is actually in poor health atm, so reluctant to powercycle the hub.

I've not yet 'tested' the 5GHz since the update, but may move the phone over to this to see if it 1)connects at all and 2)is it any better.

I'm also about to move this laptop to ethernet, as it's simply too slow over wifi, and the router is literally 2 metres away!

Furthermore, to kinda highlight this potential caching issue, though I can't find my relevant posts, I do have some 'proof' of something certainly 'changing' pre .263 update and after....

The image to the right is shows them not connected after the update, though they feed, amongst other things, another PNYV box.

Here's where it has just got interesting. I went to check, bearing in mind I'm on here and, well: 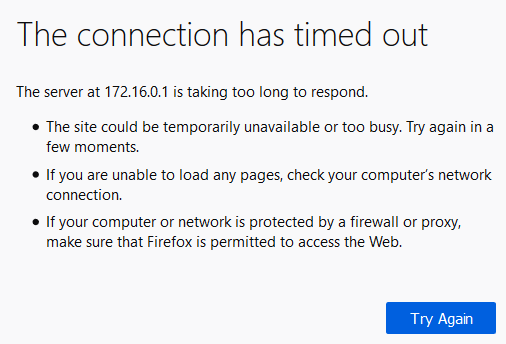 and yes I use the hubs other IP range.

These PLA's have been MIA for a day or so at least, as in not showing at all on my home network. They were not showing just before I had the timed out message - this time out happened during this reply.

F5'd the hub page and they have now returned!!