If my memory serves me correctly I switched to PN unlimited in December 2012. So I should be out of contract now as 12 months has passed. When I look at my account settings, it still says PN unlimited (contracted). Could someone verify that I am in fact out of contract.
Thanks.
Message 1 of 8
(1,009 Views)
0 Thanks
7 REPLIES 7
Highlighted

Does it show any cancellation charges remaining?
Message 2 of 8
(93 Views)
0 Thanks
Highlighted

The cessation charge is the BT Wholesale fee for removal of ADSL or FTTC completely.  It isn't charged for a migration using a MAC,
http://portal.plus.net/support/customer_service/billing/cessation_charges.shtml
Message 4 of 8
(93 Views)
0 Thanks
Highlighted

Thanks pwatson, I read that before and saw
Cessation charges don't apply if:
•You use a MAC key to switch to another provider (this is called a migration)
•you're a Plusnet Essentials or Plusnet Unlimited customer without a contract
Looking at the second line, I figured if I am out of contract then the cessation charge should show as zero, but because it shows as £30 it made me think I must still be under contract. Maybe I am just reading too much into it.

The difference is down to there being two type of Unlimited (ADSL) - Fixed Term and No Contract.  The latter costs more per month but can be cancelled any time.  You have the fixed term product but are out of your minimum contract period so free to move if you wish.
Message 6 of 8
(93 Views)
0 Thanks 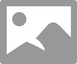 I'm in a similar position, with my account details showing similar information.
There was a longish discussion somewhere (but I can't remember whether it was in this forum or on Usenet) regarding the dubious 'Cessation Charge' in which Bob (Pullen) explained who was and who wasn't exempt from this, and although I never commented in that thread, ISTR him saying something about contracted and non-contracted being the main difference.
My point is that this charge (in it's various guises and values) has been showing on my account for several years prior to entering a 12 month contract for 'Unlimited' in December 2012, yet I've never been in a contract having always chosen the monthly non-contracted option.  In fact when I first joined PN for ADSL back in 2002 I distinctly remember the 2 options having different initial activation fees (£60 ish for contracted and £70.50 for non-contracted).
As I paid the higher amount I feel I've paid extra to be non-contracted which was the whole point at that time, and therefore the 'Cessation Charge' should never have been added to my account - at least prior to signing for 'Unlimited', or even at all.  No doubt there are others in a similar position.

The cessation charge for ALL users was introduced retrospectively because OpenReach introduced the charge retrospectively. Plusnet had the choice to introduce the cessation charge themselves or put up the monthly charge across the board so that they could absorb the cost. The latter would have been worse for long term loyal users.
Everyone was contacted when it was introduced and could cancel without penalty if they didn't like it.
Message 8 of 8
(93 Views)
0 Thanks
Topic Options