I signed up through Quidco - it was advertised at "Up to £85 cashback" on all packages (see screenshot) - nowhere did it say anything less. It tracked almost immediately at £70 so I queried this with Quidco - they said to wait unti it was confirmed as it often tracked at a lower rate. Around 3 months later it has been confirmed - at £70.

I've contacted Quidco who quite frankly don't seem interested. I've given them the chance to sort it but had the reply :

That is a list of every item the retailer is currently offering cashback on.

The offers above are advertisements put in place by the retailer and not the actual rates."

This seems to imply that the £85 cashback offer on all packages on the Quidco page was set by Plusnet.

Do I point the ASA at Quidco or Plusnet ?

as you said yourself it says "up to" - did you capture the t's & c's?
Customer / Moderator
If it helped click the thumb
If it fixed it click 'This fixed my problem'
Message 2 of 9
(860 Views)
0 Thanks
Highlighted

Unfortunately didn't screenshot the T&Cs but did read them (I always read the T&C's - nothing in there with anything to say any other value).

Just a bit annoyed that I queried it immediately and was told to wait.

From looking at similar offers in the past, the top reward is only available on the top package, seems you did not go for that, so really don't understand your thinking. You got a reward that is "up to £85" was tracked soon after your order was placed at £70 and you are now surprised?

Not surprised but I feel mislead by the advert.

"Up to £85" would mean that at least some people were getting the £85 for the package advertised - Quidco have quite categorically stated that it was only ever £70 for the package I signed up for - nowhere (anywhere) did it say anything different on the sign up. When I queried it (straight away) they told me to wait until it had been confirmed which was 3 months later - too late to back out of any contract with Plusnet by then.

Looking at quidco now (which could have been different when you signed up), the "Earn up to £85 cashback" is offered with Plusnet:

When you click on there it lists what the offers are on different packages, which give the Unlimited Fibre package as £70 cashback: 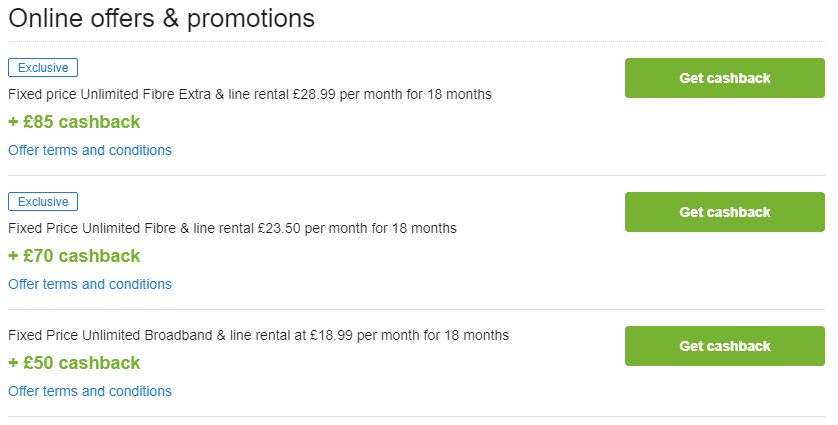 As I say, I don't know what it said when you signed up, but from my experience of Quidco that is usually how it is.  ie the retail is listed as "upto £x cashback" or "upto x% cashback", then when selected it gives a more detailed break down like that.

Message 6 of 9
(766 Views)
2 Thanks
1 user liked/thanked this post: MauriceC.
Highlighted 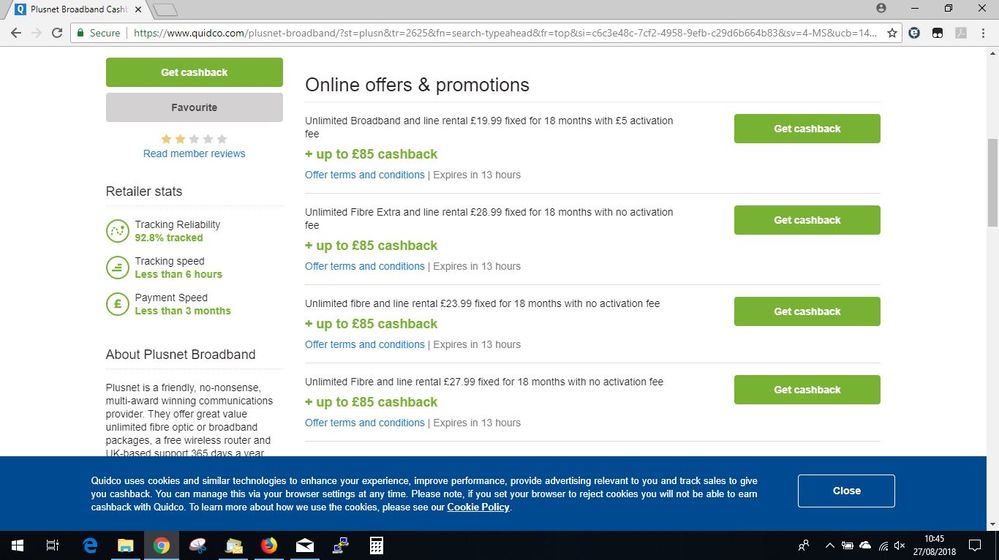 Message 7 of 9
(754 Views)
2 Thanks
1 user liked/thanked this post: MauriceC.
Highlighted

As there has been no reply from Plusnet and I got nowhere with Quidco, I passed this on to the ASA - I notice that Quidco / Plusnet are *still* advertising as "Up to £85 cashback" on all the packages on the page - they do however have the different rates listed below the top offers. This is poor and misleading advertising as there is no way you can get £85 for any package other than the highest one despite the "Up to £85" being applied to each of the individual package descriptions. 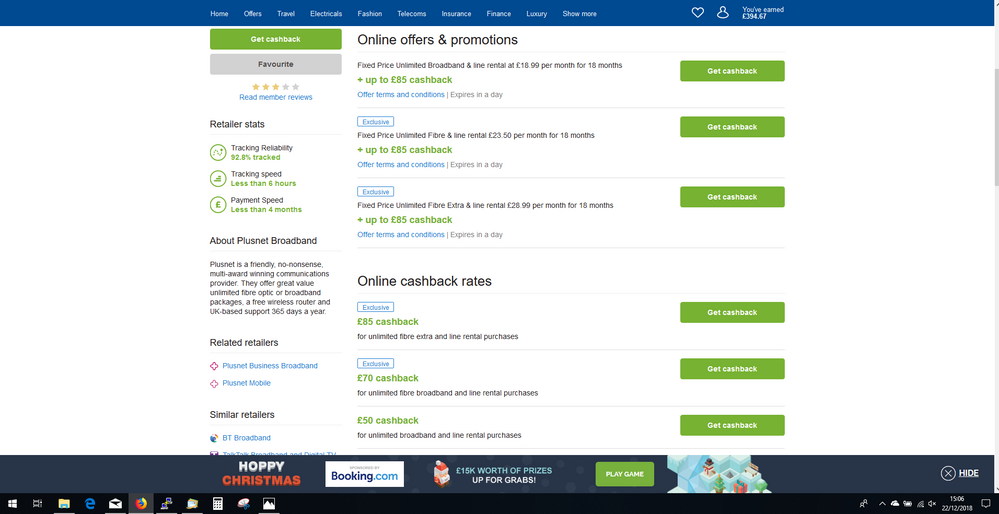 We are sorry for any confusion over the offer you have signed up for. I am going to pass the details to our marketing team to look into this from our side to ensure the cash back awarded is correct.

Hopefully we can provide some insight on which direction you would need to follow. We will get back to you via the account when we know more.