Where can I find out the latest on rectifying the issues arising from the October 2018 "upgrades" to the billing/payment systems?

If there is no Plusnet blog or newsfeed for updates then I suggest one is set up, and given a prominent position on your website, to save the thousands of us affected having to call the support line.

Last I heard, via a chat in mid November, was that direct debit payment requests were being processed in batches of 30,000 customers.  It's now mid December and a direct debit is still outstanding so that's a lot of customers!

Thanks for getting in touch. Thank you very much for your feedback in regards to setting up a blog/updates feed with regards to the billing issues - I'll be sure to pass this back on for you.

Is there anything we can help you out with specifically today?

Yes there is @Mads.

I've provided some detail about this for you over here: https://www.plus.net/wizard/?p=view_question&id=185434250

I, and others similarly affected, are also interested in this. Can you either advise via this forum what is happening, or advise via an existing ticket or a new ticket on our accounts? Useful information from Plusnet sources has been in very short supply so far.

I have responded to your ticket. You can view my response by Clicking Here

Should you require any further assistance, please do get back in touch with us.

Same here i'm not really sure what is happening but i have been trying to get this sorted since 7th October with me just getting the run around from plusnet I would like to pay my bill which is just mounting up at the minute as you will not take my money. 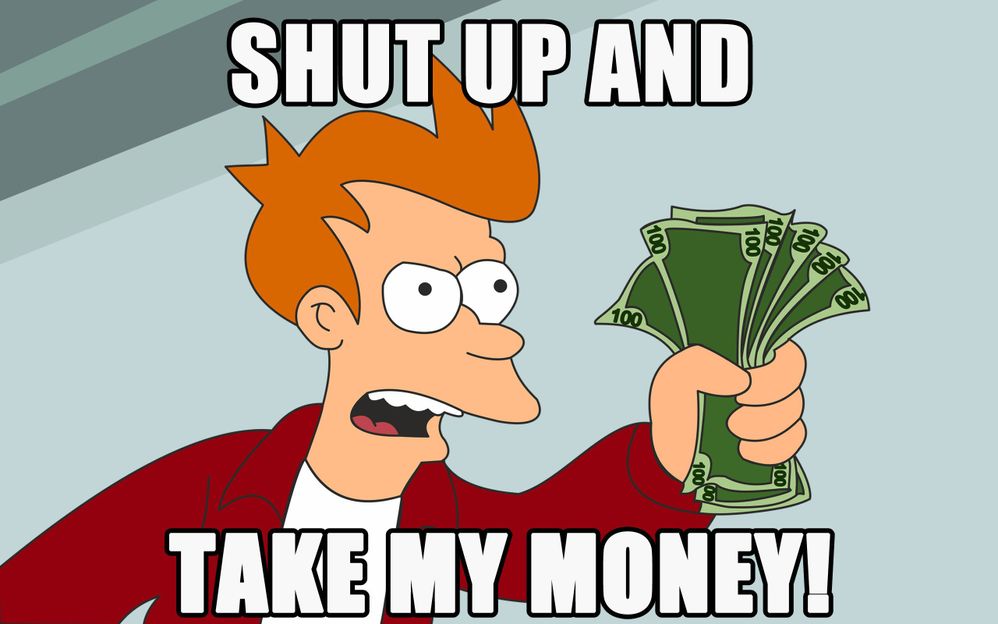 
If there is no Plusnet blog or newsfeed for updates then I suggest one is set up, and given a prominent position on your website, to save the thousands of us affected having to call the support line.

I would second the request for some sort of progress report & management statement about the failed Plusnet billing system which seems to be affecting so many customers.

Plusnet support staff are clearly doing their best to address individual problems where they can. But what about the customers who do not carefully check their bank statements and are not yet aware that they are being overcharged? Can Plusnet give an assurance that it will actively track down all affected customers and provide full reimbursement without being prompted? Or will it pocket the excess payments of busy & vulnerable customers who fail to spot an error?

There have been reports in this forum of failures in the billing system causing accounts to be wrongly passed to a debt collection agency. It would be hugely reassuring if Plusnet could confirm that this issue has been addressed and that there will be no further cases.

For those customers whose bills have not been generated for October, November & December it would be useful to know what the recovery plan is. Will the missing amounts be written off and normal billing resume in 2019? Will a consolidated bill for 3 or more months be produced in one go? If the missing bills are to be generated one at a time over what time period will they be spread? Plusnet must surely have a plan by now so why not share it.

The only management statement about Plusnet's billing system that I have found online is this one issued in 2015:

“Netcracker was the clear choice as our strategic billing transformation partner given the outstanding rating capabilities of its next-generation Revenue Management solution and deep-rooted commitment to its customers,” said ***** ******, Director Transformation and Billing at Plusnet. “Netcracker’s delivery record and cutting-edge solution will allow us to improve business agility and leverage enhanced customer billing functionality to provide the best possible customer experience which is a critical part of our strategy.”

I assume it is referring to the same system that was implemented in September.

I think there is something a bit cowardly about a management that releases a press statement publicly congratulating itself for predicted achievements and then hides behind the front-line staff when it has delivered a shambles.

I can see this is in hand with the right people, and our billing team are monitoring the situation.

In the meantime, your service shouldn't be affected in any way.

We'll get it sorted for you as soon as we can. Apologies for any inconvenience caused.

I can see this is in hand with the right people, and our billing team are monitoring the situation. ??

Customers Need to know NOT kept in the dark like mushrooms

Hi @smiffy1 I'm sorry to hear you feel this way.

Our billing department are working to fix these issues as quickly as possible and when updates/fixes are available the affected customers will be informed.

I do apologise for any frustration caused

Well its been 8 weeks for me now so I escalated the complaint to the Ombudsman Services hopefully they can give plusnet a kick in the butt to make them do some work!!

I am sorry to hear of the time it is taking to resolve your billing complaint. I can assure you we are working on these issues to get them resolved as quickly as possible.

We are sorry we were unable to come to an amicable resolution.


I escalated the complaint to the Ombudsman Services

It might be worth notifying Ofcom as well as the Ombudsman.

Although Ofcom do not deal with individual complaints they do seek the co-operation of consumers to report any billing problems so that they can monitor issues and launch an investigation of a particular company should the volume of complaints justify it.

The Ofcom monitoring form can be found at:
https://ofcomforms.secure.force.com/formentry/SitesFormCCTMonitoring

(Apologies if you are already aware of this)