Loss of service letter of complaint, and going over data when 4g not on

Loss of service letter of complaint, and going over data when 4g not on

Hi, I have two queries, and I am posting on here, as the last letter I sent out I have received no communication, as I sent a letter in Jan/Feb this year about loss of signal problem, where I couldn't access my plan due to a technical issue with a mast being down in Stocksbridge, where I lost the use of using my phone plan, I sent a letter with the exact details at the time, but I have had no response, I also spoke to your service desk at the time, and made numerous calls about the loss of service, and I was told I would get some money back or something if I put my case in writing, which I did, but have had no response as yet, full details from the time are in that letter, my other issue I would like to ask you about is your data plan, I noticed I was running our of data on the 16th of June, 2017, so I turned off my 4g connection so as not to go over my data allowance, I didn't switch my phone 4g back on until my data renewed after the 19th but as you see below, I have two charges, of £1.25 on the 16th and on the 19th, I am just wondering how this was possible? and why it is the same charge on 51.32kb and 4.16kb and how this has happened? I would put this all in writing but I haven't recieved a reply from my last letter, so I have put this on the forum, hopefully in the right section!

also I have an app on my phone that is set to cut off my data, and warn me when I reach a certain stage,
and as far as I know this is working, as it cut me off, and I checked my account using wifi and I stopped usage
so I am querying this, it may be the app, but if so could you inform me how this has happened, and
has this happened to other people? thanks R Davidson, images below to illustrate thanks. 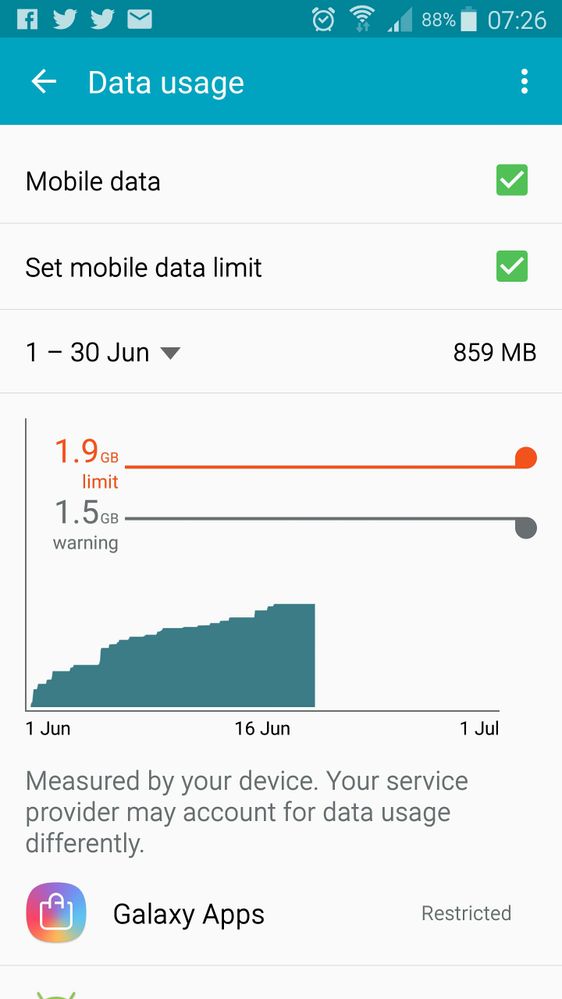 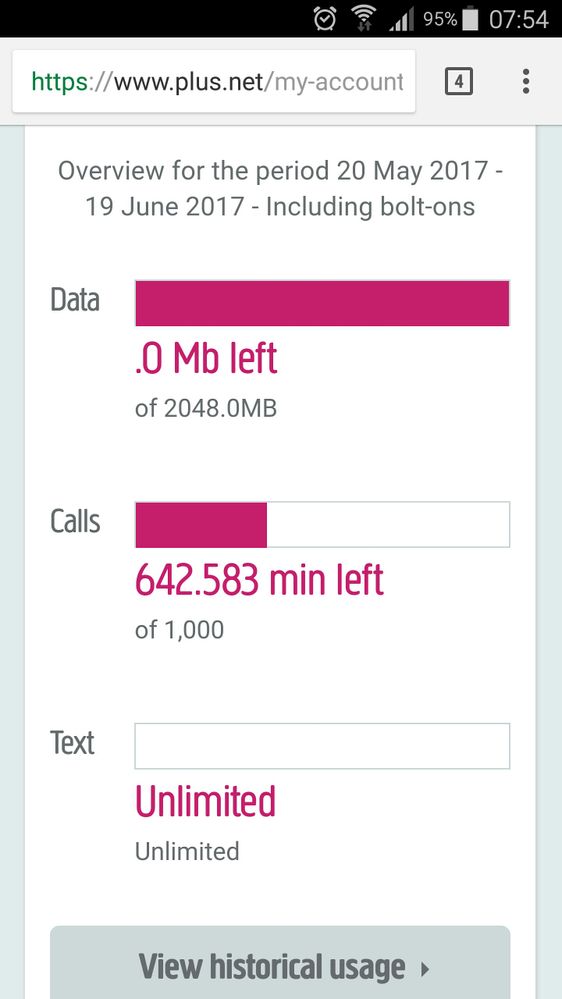 Re: Loss of service letter of complaint, and going over data when 4g not on

I am quite sorry to read that you had connection issues earlier this year, but I'm glad you were able to get support from calling our customer services and hopefully you're in full service with us now.

Regarding your data use, what we often see is a difference between your monthly tariff refresh on our systems and the monthly tracking times used by handsets, but that's something we can confirm with you.

When you email or write into us, you should definitely be replied to far more quickly than that, so I'd like to review what's been happening with your account, and to check your data usage with you. Could you send me a private message (by clicking on my name) with your account information, when it's convenient for you?

Thanks for your patience!