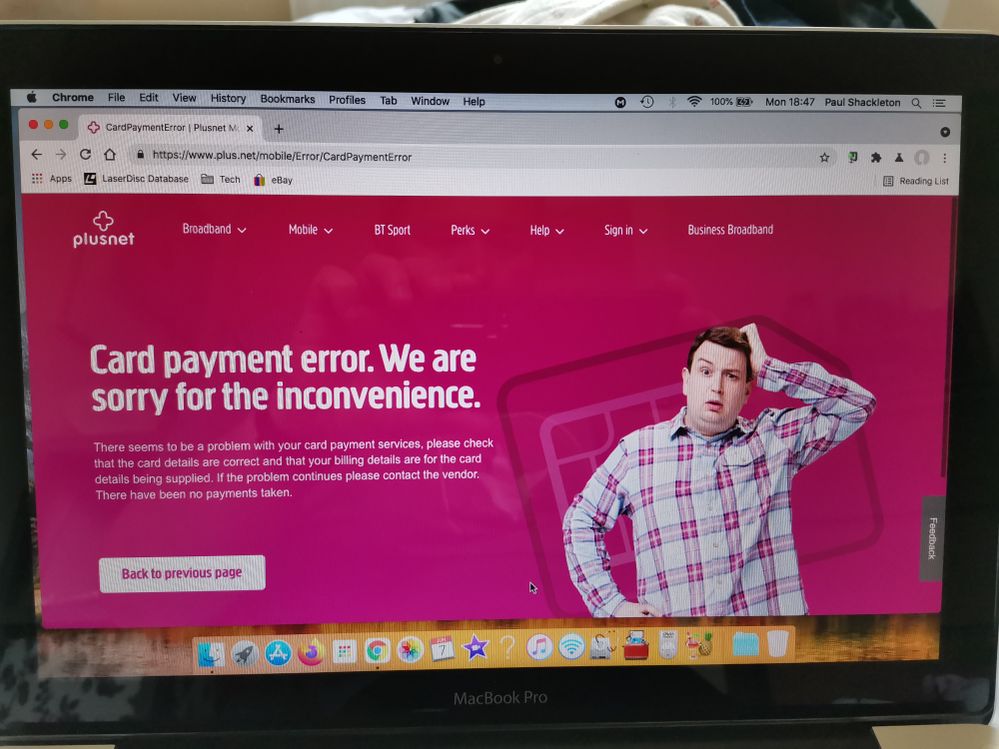 No response from anyone so dealing with this directly via a Plusnet manager, over the phone. Please close or delete.
Message 2 of 3
(263 Views)
0 Thanks