I placed an order on Amazon yesterday for a new Xbox so i could give me Xbox S to my brother. The X arrived this evening and when I opened the box I noticed that the two seals at the top of the box had been broken. My first thought was that Amazon had sent me a used console! I took out the xbox and cables to check if they were tidy or clear someone had used it but all looked ok.

The console came with Division 2 download but I couldn't find the game anywhere. I then noticed that the bottom two seals had been opened! Someone had stolen the game card and pocketed the game! I've never seen that before and wondered if anyone had heard about this kind of thing.

Not sure if it was someone at the warehouse (as you can clearly see what it is) or someone ordering and then returning the xbox minus a game!

have to wait until sunday to get my hands on the new console now!

Well that's rotten, seriously sorry to hear that although gaming is another country to this old geezer.

Anyway, I thought games consoles were fast becoming old hat what with live streaming to mobile phones now, or am I wrong?

Hope you get it sorted. Amazon are usually pretty good about this sort thing I believe.

Compare yourself to who you were yesterday, not who somebody else is today
Message 2 of 7
(452 Views)
Reply
0 Thanks

@Minivanman yeah it is rotten but thanks. Fortunately it's not an urgent purchase so no harm done here, just annoying. What I couldn't believe was that someone would do it!!

Well you can't be that out of touch if you are aware of the streraming on phones games! Amazon are sending a replacement tomorrow so should all be good, just a delay.

Wasn't sure how many bought stuff like this in the community but thought I'd post just as a warning really to check if the seals are broken!

I buy lots of stuff from Amazon but I normally don’t have any issues with them unless the carrier they use is the son of Zeus and Pleiad Maia. When this is the case 9 times out of 10 the package / box is ripped or torn.

Now the sceptic in me tells me that it’s been opened to see what’s in it and if it’s worth keeping, while others might say its just carelessness on their behalf. I may be wrong but for me at least it happens all too often to be circumstantial.

@Anonymous yeah that was my first thought but i ruled that out because the outer box (the packaging brown box) was sealed. It was the seals on the actual Xbox that were broken. i.e you would know looking at the xbox box that it would have contained a game, that's why i think someone knew exactly what they were doing. 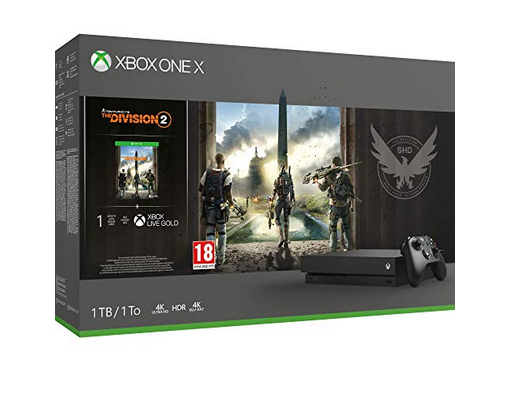 Sounds like a warehouse job to me, unless I am being stupid an Amazon box can be easily sealed back with the original tape there. The fact it was sealed back would suggest that to me.

Report it to Amazon with dates and times and hopefully:

Good luck and let us know how you get on.

Well old habits die hard and even though it's not so easy these days, I do try to keep up with how technology develops. It was gaming itself that was another world to me and one not inhabited since the days of playing ping pong tennis on a black and white television!

Black Mirror virtual reality? It's closer that we think.

Compare yourself to who you were yesterday, not who somebody else is today
Message 7 of 7
(358 Views)
Reply
0 Thanks
Topic Options