Worth checking on and often missed after the wet winter weather are those drainage holes at the bottom of the car door.

Something I did no really know about until I found the driver (and passenger) door of our little Fiesta had become rather heavy as water had seeped down through the window seal and was unable to drain away from the bottom. More of a problem on older cars maybe as ours is now ten years old, but worth checking anyway I'd have thought.

A quick poke around under the bottom of the door to clear those holes and crikey, must there have been at least a gallon of water in each of 'em.

Pic below is one that had not been checked and had obviously rusted, had to be repaired with fibreglass by the look of it, and was now in line for some serious welding. 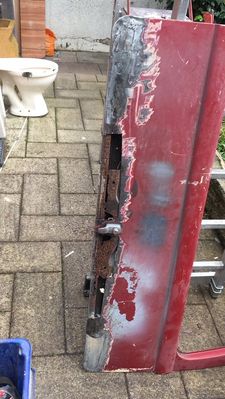 NB: Not mine but the way, just some old VW campervan... with toilet removed!

Re: Worth checking on.


NB: Not mine but the way, just some old VW campervan... with toilet removed!

A thought just occurred to me @Minivanman , perhaps the VW owner had been using the door as a toilet which caused it to rust.