Strange.... don`t seem to have heard anything about this landmark anniversary...

Strange... I was watching Channel 19  on Freeview.... and they were showing an old ( as usual ) edition of "COAST"... when up pops a story about Guernsey, and the Nazi occupation..  and they showed a clip from the celebrations of  VE Day, which ended the Nazi occupation of the islands.  date  8 May 1945 .

Strange.... google has been putting up a lot of animated "anniversaries"  of a lot of "unknown" people, yet it fails to put anything up about this date/anniversary.

Strange, it was mentioned yesterday:

@shutter i thought such a title would have made people curious

But Just for you 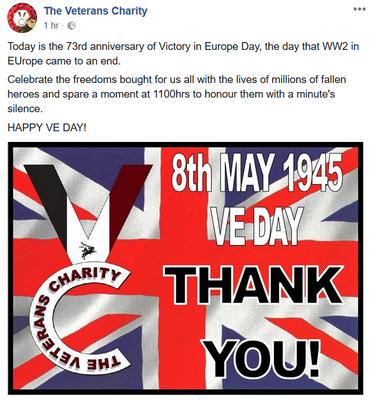 And today, 9th May, is Europe Day, yet another attempt at pretending we are one happy nation.

Strange indeed that Google have not noted it, but being American understandable? Veterans day in November is more their thing I'd have thought.


Compare yourself to who you were yesterday, not who somebody else is today
Message 6 of 6
(147 Views)
Reply
0 Thanks
Topic Options