Going to need a high speed camera to 'spot' that!


Going to need a high speed camera to 'spot' that!

@twocvbloke wrote:
Is it full of eels?

Nope.... It is the fastest delivery of chinese takeaway in the world...

'One or more self-propelled vehicles that move along fixed rails to transport passengers or cargo' according to Wiki.

You'll be telling me this is the Flying Scotsman next! 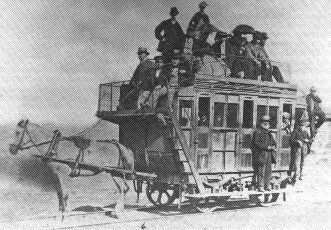 You'll be telling me this is the Flying Scotsman next!

Alex Salmond's colleagues decided it would be a worthy gesture to name a railway locomotive after him, so an official went to the National Railway Museum at York to investigate the possibilities.

"There are a number of locomotives at the NRM without names," a consultant told the official, but they are mostly freight locomotives."

"Oh dear, a freight locomotive is not very fitting for a party leader," said Sir Humphrey. "How about that big green one, over there?" he said, pointing to the 'Flying Scotsman'.

"That one has already got a name" said the consultant. "It's called 'The Flying Scotsman'."

"Oh well. Couldn't we rename it ?" asked the official.

"I suppose for Alex Salmond it might be considered," said the consultant.

"That's excellent", said the official, "So that's settled then...let's look at re-naming 'The Flying Scotsman'. How much will it cost? Remember we can't spend too much, given the expenses scandal!"

Excellent idea, I'll actually be in York next month so I'll check it out

Reminds me of the multi million pounds cost of that Stonehenge tunnel in Wiltshire where somebody suggested it might be cheaper to just move the stones!

Mallard was a train according to whoever sets the questions on the BBC game show Pointless.