Q: How much will HS2 cost?
About £32bn, says Hammond.
Q: Not £52bn?
Hammond says there is a lot of contingency built in.
And it will be spent over many years, he says.

No one Knows how much HS2 will cost !!   estimates always go up as we well know .

But if you ask me its a Pink Elephant

@Anonymous  have you tried to make sense of Corbyns,s maths in the manifesto ??

Well, if as you say "No one Knows how much HS2 will cost !!", how big is the hole in the Tories' budget calculations? I guess no one knows...

Probably similar to the one in Labours manifesto calculations,

Well, I will be interested to see if, when the Tory manifesto is published, their figures are subjected to the same level of scrutiny and criticism by the BBC and members of this forum as Labour's were.

Not for the first time tories fudge the figures but to make it fair I will add that they're all at it.
If life gives you lemons, make lemonade.
Message 9 of 33
(1,478 Views)
Reply
1 Thank
1 user liked/thanked this post: rongtw.

Agreed.....but who are the biggest fudgers !

I'd say these people.


but who are the biggest fudgers !

That would be David and Laura. 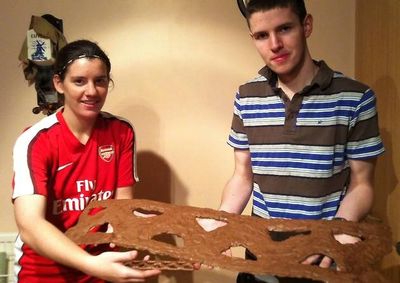 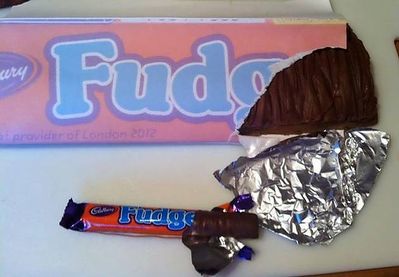 Is that a curly wurly all made of fudge? think I have put on two stone just by looking at it.

Cadbury`s Fudge bars are one of my favourites.

On the Labour manifesto, I would rather vote for Labour`s policies than stay with Tory austerity that will only continue on if they win another FIVE years. Think about it....FIVE years of Tory cuts, tory lies and people living on the breadline while the better off won`t even notice. Think about that when getting up on a dark cold morning to graft for a wage that barely feeds you. I don`t much care about who will be the strongest Brexiteer. I care only about fairness for everyone and it`s certainly not the Tories who will share that prosperity. HC1 is a waste of money. They should be putting that money into the current railway network and save the country some cash. But we know they won`t do that, will they.

Labour are and always have been a socialist/left wing/for the masses party. I feel Blair and Brown took that party out of it`s natural zone and tried to make it something it wasn`t and now Mr Corbyn is trying to get it back to where it was originally, but people are not seeing the good points. Yes, it will cost billions and, no, they may have got some sums wrong, but lets face it, the Tories won`t tell us what their true costs are either so I would rather vote for a party and a leader who DOES care about people's predicaments, people`s futures and has the better ideas about how to approach problems by not bombing them first and talking to them later. I hope I wake up on that Friday morning to hear that Labour have won the general election. It probably won`t happen, but if it does, rest assured, we will see those changes that will make a big difference to people`s lives and communities. Under more Conservative rule, we will become a lost nation of low wage jobs and continual austerity, which some people are already experiencing.