Took car in for a mot today (petrol engine) However I saw the following notice on the wall......

If you have a diesel car we require evidence that the timing belt has been replaced at the correct interval otherwise we will be unable to do the mot.

The reason for this is that the engine has to be run at maximum speed for the test and there is a danger the belt could break.

Likely to be the garage covering themselves against engines which haven't been maintained properly being seriously damaged and possibly due to past experience of the owners of damaged vehicle(s) trying to blame the garage, .

I'm probably looking at having to have it done on my car in 6-7 months time even though it only has about 18500 Miles on the clock due to the conditions of my extended warranty stating that it must be maintained according to the manufacturers (VW) schedule, which I believe is 5 years.

Another gotcha in the warranty conditions is having to have the work (and normal oil servicing etc.) done at a VAT registered garage, which is something I would normally do myself.  In fact a service is due right now which I'm reluctantly going to book with the local VW dstealership.

It's been a requirement to run the engine at max revs for many years. It's easy to say it's the garage trying to make money out of belt changes but looking at it from the garage.point of view you can anticipate the response of the average customer if their engine is wrecked, which could result in an older car being a scrapper.

Any vehicle where the timing belt / chain breaks is undoubtedly going to suffer from bent valves, holed pistons, shattered con rods or bent cams, or indeed any combination thereof.

Do a search for Dyno fails, to see what can happen when running at high revs.

Many years ago, when I first started to run a diesel engine car... my 2nd was a Montego 2ltr... an old banger, but.... I never bothered with oil changes, or stuff like that... did not know about the timing belt change schedule... etc..

Been running it for a couple of years, going on long journey hols from Portsmouth to North Wales and all stops in between, taking about 2 weeks for the hols... so ,.. did many miles... then we decided to have a couple of weeks in Scotland, doing the same thing... driving around seeing the sights etc.. managed to do 2500 miles in a fortnight... incl the journey up and back... a week later, was driving to the local supermarket... BANG... clatter... stop.. !... oh dear... goodness gracious me..  what has happened, "quoth he"  ! ! (

managed to get the car towed back home by a friendly local...!   and then called a garage to come and have a look... he looked... and "sharp intake of breath" said... "you`re going to need another engine mate... the conrod has come out the side of the block"..(

.  )  not being very rich at the time, I explained the financial situation, and he agreed to source a ( what he called ) decent 2nd hand engine...  OK... that will do me..

so I got the job done... and was pleased that the car was back on the road again... lasted for about 3 weeks, and same thing happened again...

now, I do the same with this newer Skoda... get my tame mechanic to come and do the oil and filter, and other stuff outside my house.

BUT had to book it in to a "proper" garage for the cam belt, at scheduled 130,000 miles... while it was there, they suggested that I should change the water pump as well as the rollers, as it was "prudent" to do so...

I always buy the parts from local "motor factors"... ( was in the motor trade for some years- so hard habit to stop ! ! )... the price for doing the cambelt with the water pump, would be the same... but if the water pump had failed a week after the cambelt job had been done, then there would have been extra expenses, regarding fitting a water pump, apart from the inconvenience of being stuck somewhere miles from home, and another days work to get the job done..

So... no...I don`t think the garages are trying to "con" people in to getting a new cambelt to make money on the labour cost side... it is more of an "insurance" for them..(and it is "educating" the customers) . because, as related above, if they are doing the smoke test, which requires ( I think) 4 good sessions at almost max revs, they do not want to be accused of "wrecking" a customers motor... apart from the "bad feeling"... the garage reputation would also be tarnished, by twitter/facebook comments... Don`t take your car to XXXXX Motors.... they will blow the engine up.... etc etc..

So can we assume you're now wadded?

I guess I must just be lucky......never changed a cam belt in my life, always purchased second hand cars, usually between 3 to 7 years old but with low mileage.....around 50,000 miles mark.

Cars have included a couple of diesels.....first one VW Golf....excellent no problems with it, second one Ford Focus, absolute nightmare, everything went wrong on that car except the cam belt....put me off diesels for life.

I had the cam belt, water pump etc etc done last week, needed every 4 ys or 40K. Together with a large service and MOT cost was "ouch and twice ouch" (No emoji for Frankie Howerd crone. £ guess, and I do very little mileage now. I womder if daughter might take it for my grandson, who is using it more than I.

Depending whether or not you had it done at the Stealership, my guess £750 - £800, or quite a bit cheaper elsewhere.

From a previous post I think @Luzern  also has a Skoda.  There is also a recommended time limit on timing belts, which might come around before that mileage figure you quoted is reached.

Funny thing is this was never something that ever went on cars back in the day - unless my memory is playing tricks on me. Now it seems to be the big bogeyman of motoring and like the monster that hides under the bed.

Had it changed anyway for £200 quote, and the guy changed the alternator belt as well as it was easier to chop that out and change it in order to access the cam belt, and he changed the oil filter while he was at it included in the price as long as I supplied the new oil which I was more than happy to do. 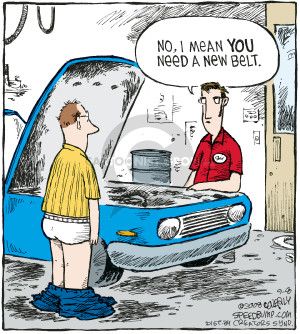 Don't limit the friends you haven't met with arguments you'll never have.
Message 15 of 35
(589 Views)
Reply
0 Thanks
Topic Options