How can I vote for The Official Monster Raving Loony Party?

When they are not standing in my area!

I wonder how many Members they have http://www.loonyparty.com/get-involved/loony-membership/

If anyone is thinking of standing for election, for the Party, you may need a higher educational post-grad degree, so you can be a Doctor and get upgraded on flights. These are available on-line from the University of Bums on Seats (formally Peckham poly) http://cynicalbastards.com/ubs/edegree.html

Probably late to the party, but you could have contacted them with an offer to stand yourself, and tried crowfunding in order to raise that £500 deposit which you'd be almost certain to lose seriously sorry to say.

Who said democracy was cheap!

Literally the only party i actually trust - at least they're honest enough to admit they'd screw it all up!

At least their title is honest.......That same title could more accurately describe some of the other parties....

Scanned all the boxes on my voting slip. Plenty of raving parties but no monster.

If you can't find it, it features a certain Mr Corbyn saying "I have no recollection of ever coming across anti-Semitism, none whatsoever.  Anyway I was in Pizza Express Woking."

I would dearly have loved to be a candidate for the Monster lot, and if it had entered this old head of mine to try for a bit of crowdfunding to cover that £500 and get it, I surely would have.

But there you go, democracy for the few... not the many.

Oh, and according to Spears magazine, Corbyn’s net worth stands at £3 million. It also reports he has claimed over £3 million from the state over the last thirty years - which is £1.5 million more than a normal MP. Once he retires this marvel of Marxism is predicted to receive a £1.6 million pension.

For the many not the few my aunt Fanny.

@Minivanman Maybe that is why Hilary  Benn followed Tony in to the Westminster fold, to make a few bob and have his twopenny worth?

Well they do have a habit of keeping it in the family.

Corbyn, Kinnock and Mandelson to name just three... but if you need more, check this little lot out.

Oh and don't forget, that list excludes those family members that work for them in some nebulous capacity or other. 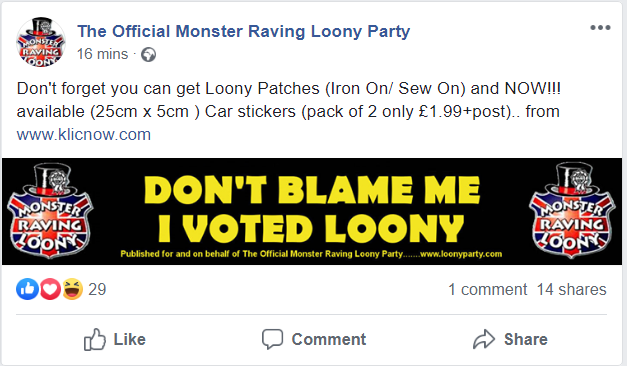 Don't limit the friends you haven't met with arguments you'll never have.
Message 10 of 78
(1,131 Views)
Reply
2 Thanks
2 users liked/thanked this post: 7up, Leapy.

If you believe in Brexit this is how you should vote in your area.....

On the subject of being loony, I'm reading that Diane Abbott's son has been charged with biting a police officer.

Fake news, or the advantages of a private education?

If it is true then funny own the main media are not reporting it.

In my area of Carmarthen East and Dinefwr, Jonathan Edwards will be standing for re-election for Plaid Cymru, against Maria Carroll of Labour, Havard Hughes of the Conservative Party, and Peter Prosser of the Brexit Party.

Peter Prosser it is then, even though I have no idea who he is!

If you believe in Brexit this is how you should vote in your area.....

And if you want rid of the self-serving, lying sack of [-Censored-] and his cronies.... 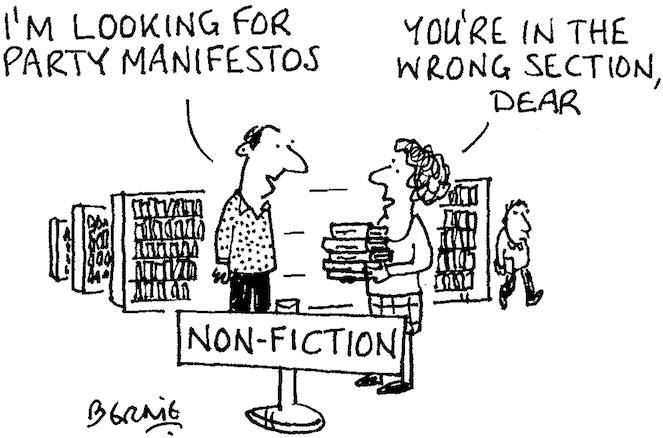 And the love child of Corbyn and Abacus accused of biting a policemen  ( @Minivanman court case now in mainstream media )      https://www.telegraph.co.uk/politics/2019/12/03/diane-abbotts-son-accused-assaulting-officer-outside...

Dianne Abacus accuses police of being biased by arresting more black people than white,  well Dianne they do try to actually arrest the suspects whatever their colour, but if it so happens more blacks than whites commit crime should we have maximum quota per year for each colour ?