I haven't been in this forum for a while, so there might already be a thread about the over age 75 situation going on, but I can't find one.

My current licence is in my late wife's name at the last renewal, but left in force until its renewal date (November) when it will become "my" licence.

My late wife was over 75 so triggered the concession at that birthday, I have a couple of years to go yet, so will be a TV licence payer anyway at renewal.

What niggles me is that a letter has been received from TV licencing addressed to my late wife telling her that the concession was being stopped and that at the next renewal would need to be paid for (unless she falls into certain categories...she doesn't, and nor do I). This is in spite that Licencing were informed shortly after my wife's death and the name changed to mine, but agreeing to the current licence staying in force in the new name.

Seems TV licencing are not good at updating their records.

Experience; is something you gain, just after you needed it most.

When faced with two choices, simply toss a coin. It works not because it settles the question for you. But because in that brief moment while the coin is in the air. You suddenly know what you are hoping for.
Message 1 of 35
(644 Views)
Reply
1 Thank
1 user liked/thanked this post: TTman.
34 REPLIES 34
Highlighted

Sounds like a rotten reminder of just how bad large organisations can be with their record keeping. To us it's painfully personal, to them it's just data.

The whole question of concessions for the over 75s seems to be in flux at the moment, so perhaps just pay what is due and wait until you are of an age to get a free licence as I don't see the situation changing m'self.

Be interesting to see what would happen if those aged 75 and over stopped paying for their tv licence once it becomes due.

Just trying to imagine thousands of over 75s being absolutely gutted at not being able to arm wave in front of their televisions while watching Glasto!

Shipped off to the Workhouse? 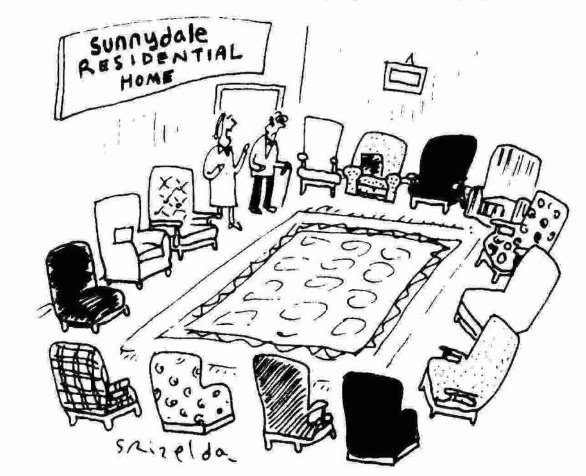 "...and this is the day room. Of course everyone's out at work at the moment now they have to pay for that TV licence'

Shipped off to the Workhouse?

That might be a good option for some considering the conditions they might be living in now ?

A roof over your head, meals provided, heating, no tv licence to pay for, no council tax to pay......bring it on.

Pity they did away with those workhouses perhaps if they were still there less homeless people would be on the streets.

Of course it's progress...in the wrong direction.

They should also stop passing the buck.

Seriously though this needs to get sorted, and pronto.

Why they just don't accept that the TV licence really has had its day is beyond me. It harks back to some golden oldie time while the rest of society has moved on.

So the government give the BBC X millions of £'s from what is collected through taxation. It's not rocket science. This would save an army of non productive workers at a stroke - TV licencing etc. Maybe even save the planet by not driving polluting vans around the country trying to catch people and as for Court time, well there wouldn't be any need! It'll also save those posties having to deliver those threatening warning letters...."we're watching you even though you ain't got a TV". Been there, done that.

Maybe I like digging political holes with a spoon!

Sure, I’d love to help you out. Now which way did you come in?
Message 12 of 35
(371 Views)
Reply
2 Thanks
2 users liked/thanked this post: TTman, Jonpe.
Highlighted

Hang on a mo... did we have a dog licence? once upon a time?  ah yes...  don`t seem to recall the quality of dogs has deteriorated since the abolition of said licence... in fact... generally, the dog owners have become more responsible and cleaned up their act...

Perhaps the BBC should take note.....

As you say... get rid of the quango of TV Licencing... how many wage packets is that... add in the "infrastructure" costs and the BBC can absorb their "so called" loss of revenue from the over 75 licences, probably even go into profit , over a period of accumulated costs...

We all like to moan, but when the BBC has two nights on the trot (all I have noted so far) of three hours of Peaky Blinders, well even if you are a fan, broadcasting live when catch up TV is available just ain't on... unless they are just padding it out with repeats and trying to cut costs.

Absolutely right @idonno the licence fee has had it's day and moreover, they've arm twisted our money out of us for long enough.... so enough really is enough and it needs to end now,

"Hang on a mo... did we have a dog licence? once upon a time?  ah yes...  don`t seem to recall the quality of dogs has deteriorated since the abolition of said licence... in fact... generally, the dog owners have become more responsible and cleaned up their act..."

Clean up their act? Clean up after their dogs more like it @shutter, and if you can afford mega bucks in some cases for a half pound pooch then why not replace the BBC licence with a £150 dog licence.

We'd be barking mad not to!