Status Quo guitarist Rick Parfitt has died in hospital in Spain aged 68, his manager has said.

He died from a severe infection after being admitted to hospital on Thursday following complications to a shoulder injury.

I've worked with Status Quo several times in the past.

They are a really nice bunch of people.

I have seen them many times in concert including Knebworth in 1986. Always excellent shows.

How many retirement shows have they done over the years.

Definitely Rockin' All Over The World now. 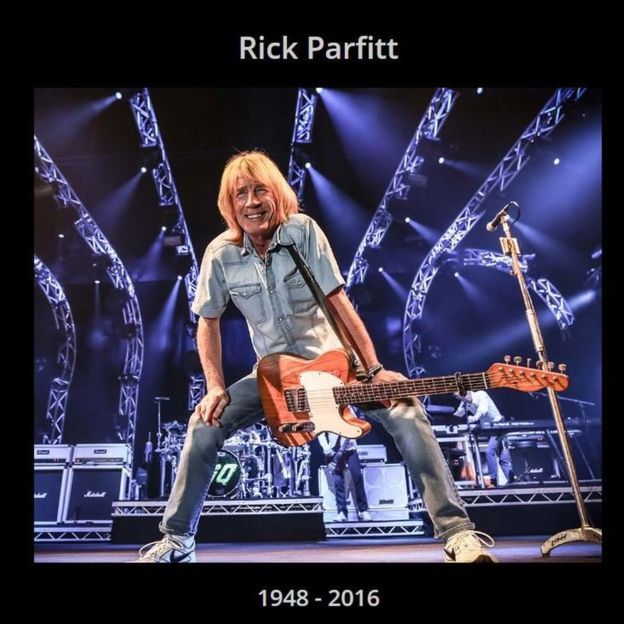 That came as quite a shock.

I've only seen Quo once live at Sheffield Arena and I loved it.

I wonder if my mum was their oldest fan. The last concert I took her too must have been around 10 years ago when she was almost 80. She loved it.

Sadly Rick had been dogged by ill health over the last 20 years including a quadruple heart bypass in 1997 after a heart attack. I was amazed at the energy he still put into his performances in the following years.

There was a brilliant film of Quo on the road with behind the scenes footage as well as live performances that I saw a few years ago. Does anyone remember what it was called?

Edit: I think it was called Hello Quo!