State World Is In

State World Is In

It is no wonder many dreadful things are happening in the world today. In the past we were short-sighted on the affect we were having on the future of it. We limited or had no respect for the natural structure of it, the wild life and each other. We have been the cause of erosion of many parts of it which affect the living environment of ourselves, wild animals and the natural world. We have seen indigenous populations of parts of the world having their natural environments taken from them. Global warming is becoming more and more a threat to the existence of the planet as a whole.

This planet is a marvel in itself - an enormous sphere revolving in space. Each of us is a very minute spot on its surface. Individually we have hardly any affect upon it. However, when some destructive factions on it form a united body, they become two major forms of destruction.

Firstly, we are affected by those people who try to force their faiths and beliefs on others. Those people have no right to dictate to us what we should believe in! It is wrong for anyone to tell us their religion is “The Religion”! There is no denying there must have been an Almighty in some form of other to start the existence of everything. Providing they do not wish or do any harm to anybody or anything, every person is entitled to believe in what religion they choose and to be given the respect for whatever one they choose.

Secondly, we are affected by those who consider themselves to be better than anybody else or are control freaks wanting to be in control of others by not allowing them to lead a democratic way of life. Every person on this planet is unique and special. If anybody is not achieving what they should be capable of - to the betterment of themselves with consideration, tolerance and compassion towards others - they should be given any help they require from those who are more fortunate than themselves to become self-sufficient and, in turn, to be able to help others less fortunate than themselves. Nobody should expect society to owe them a living by giving them hand outs without them making the effort to become self-sufficient if they able to do so. We should be concerned about the welfare of those who are not capable of being this way through being physically and mentally handicapped. Those of us who are not affected this way should want to ensure they have as good a quality of life they are able to achieve, the limit being, with assistance from others, not what we think should be the level of their expectations.

Each of us has got to wake up to the fact that we should be concerned about others besides ourselves as each of us is a small piece of that jigsaw called humanity. Every piece should interlock. The complete jigsaw should be like a picture of a garden which has many different flowers in it - formed from the races of different colours, beliefs and orientations of the whole population of this world living in harmony with tolerance, compassion and consideration shown to each other. After all, if it is rightly believed that the process of our form of life started somewhere in Africa and spread out across the world, we are all members of that EXTENDED FAMILY WHICH IS THE HUMAN RACE. It is about time we looked on each other as such!

It may be thought that the writer is an idealist and that the world described will never be achieved owing to human nature. The thing to remember is the only things a baby is concerned about after being born are to be fed, to sleep and to have its nappy changed. What type of human being it grows to become depends on what it learns from what goes on around it - it learns by example. Human beings have been given the gift of communication, compassion, tolerance and consideration towards others. On using these, and with the means of communicating we have today, it is within the realms of belief that we can achieve a world where all countries are living in peace with each other. If there are factions such as leaders of countries and terrorist groups who affect the well-being of the world they should face the forces of a true United Nations who will not allow it to happen. If they can't behave in a true civilised way they should be verbally warned to do so or meet consequences should they not do so. Religious leaders should strongly condemn those who wrongly use the reason of twisted thoughts about their religions to promote harm to others. It cannot be imagined any true god of any religion wanting to malignantly affect the planet, the numerous races of people and whatever naturally exists upon on it. God comes from the word good and those who spread evil thoughts and carry out evil deeds are disciples of the devil.

A better world to live in would come about if we all pull together and go forward. UNITED WE STAND, DIVIDED WE FALL! If we continue to pull apart, we will stay where we are, or it will get worse. With a positive attitude we will be able to face up to disasters such as tsunamis, droughts, earthquakes and floods which happen. We cannot blame whatever god we believe in for these to do so. They are natural occurrences. Countries affected by these would be given the encouragement to pick themselves up, dust themselves down and start all over again. Also, countries affected by the wanton destruction caused by evil groups to be helped in the same way. Wheels would be set in motion to send to them the use of heavy building equipment, building materials and, should they not have the inherited ability to do so, professional trainers of many trades to teach them how to clear the rubble and rebuild their countries. This would make them tremendously proud of themselves for bringing construction out of destruction, a phoenix rising from the ashes. Only then will we see an end to war and the refugee crisis!

Nature is in a constant state of change.

Mankind has only been on the planet for a very short period of time from when life began, in that time millions of different species of life have become extinct and mankind is no different, nature has a way of limiting or even changing any type of life and the number of humans was fairly static until the mid 1800's, nature controlled the numbers by War, famine or disease.

Humans have made some effort to fight back with advances in medicine but on the major things they have failed, we still have wars, we still have famine and now do everything to pollute the planet, in short nature will fight back and win either reducing or completely eliminating mankind one way or another, consider the number of countries with nuclear weapons, our knowledge might be the very thing that is our undoing.

Looking at what is taking place in some parts of this country we even seem to be going backwards, towns and cities becoming less safe and seaside towns looking derelict rather than how they were years ago.

The world will still be here when we are wiped out - and we will be. Just nature doing the biz. 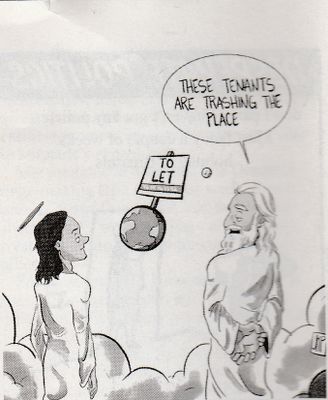 PS. @SeasideManVic = welcome to the forum.

There appears to have been something like eight extinct civilisations on this planet.

Some of them may have been taken out by extinction events but we seem determined to do the job ourselves.

The ultimate absantee landlord, or at least would be if he wasn't imaginary...

Crikey blimey o'reilly, we are in agreement!

It was of course just an observation not an endorsment of religion. Take out the many words and sayings we've had to inherit from two thousand years of fear and indoctrination and we'd be practically mute... and that's the gods honest truth.

And why are you not at work instead of wasting your time here?


Don't limit the friends you haven't met with arguments you'll never have.
Message 7 of 38
(608 Views)
Reply
0 Thanks

"Looking at what is taking place in some parts of this country we even seem to be going backwards, towns and cities becoming less safe and seaside towns looking derelict rather than how they were years ago"

My old Mum took us on a cheap holiday to Jaywick Sands c1960, and sorry for those that live there but it was a dump then, and it is still a dump.  Having said that, in general terms I would agree - apart from those monyed areas where if anything they have got even better but that to me is just evidence of the widening gap between the have's and the have nots.


Don't limit the friends you haven't met with arguments you'll never have.
Message 8 of 38
(600 Views)
Reply
0 Thanks

@SeasideManVic wecome to the forum

I was just too polite to say.

Well that devine punishment for your sins, either that or it's a hangover.

Hopefully not punishment from this Devine. 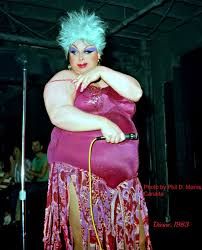 Nature did not control the numbers by war. Wars are man made by leaders of some countries using the people of their countries as pawns in their war games. Nature is only partly to blame for the amount of famine or disease that occurs. If we had true United Nations - every country co-operating with each other to bring about peace, security and prosperity  and not the farce it is at the moment - we would be able to battle against these using the huge sums of money we would not be using to manufacture weapons of destruction against ourselves.

@SeasideManVic  You will be voting for comrade Corbyn , then....