The UK will expel 23 Russian diplomats after Moscow refused to explain how a Russian-made nerve agent was used on a former spy in Salisbury, the PM says.

But Comrade Corbyn says the cause was cuts to the diplomatic service, because that makes perfect sense

Customer / Moderator
If it helped click the thumb
If it fixed it click 'This fixed my problem'
Message 2 of 39
(780 Views)
Reply
4 Thanks
4 users liked/thanked this post: shutter, rongtw, Jonpe, gleneagles.

Boris will sort them out. Are we worried? 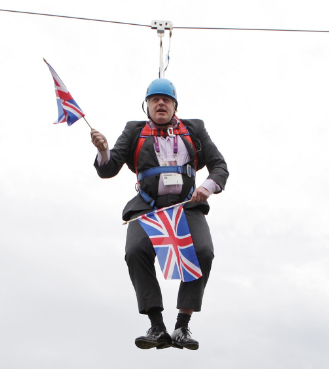 Nah, the UK Gov't has not expelled diplomats, just spies.

Nah, they'll catch him before he even utters a single stammered sentence...

I see Salmond is a bit worried his income stream will be cut.

Is he now out if the political frame? - and why do his broadcasts for RT remind me of William Joyce aka Lord Haw Haw.

If he's being paid by RT then how can anybody take him seriously, not that I ever have.

This morning a Hampshire Road was closed.

No one has to agree with my opinion, but in the time I have left a miracle would be nice.
Message 8 of 39
(669 Views)
Reply
0 Thanks

As this story unfolds I am becoming less convinced that this came down from the Kremlin.

My guess, a third party seeking to undermine the election of Putin. Would the Kremlin be so stupid? I don't buy that and certainly not at the moment but only time will tell.

*Note to mods: Can we combine the two topics commenting on this story - 'Russian Spy' and 'Russian Spy Attack'? 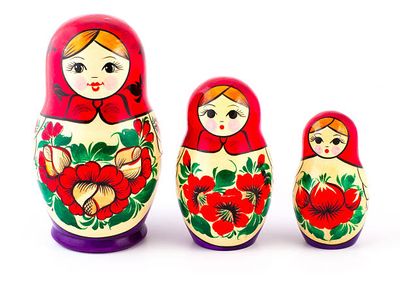 Don't limit the friends you haven't met with arguments you'll never have.
Message 9 of 39
(648 Views)
Reply
0 Thanks

Coincidentally (or perhaps not) the British chemical-biological-radiological-nuclear (CBRN) training facility is a mere four miles from Salisbury.  Perhaps the Russians would argue that the chemical in question had somehow found its way from there to the restaurant where the two unfortunate victims were dining.  Of all the people in all of Salisbury it landed 'in the soup' of a former Russian double agent and his daughter.  They do say the truth is often stranger than fiction.  Now how do we fit an American victory into the no doubt upcoming feature film about the incident?

"Go away and shut up" says Defence Ministry Gavin Williamson to the Russians !


As this story unfolds I am becoming less convinced that this came down from the Kremlin.

And I take the opposite view.

There are few countries that could produce this stuff, Russia claims it has got rid of it's supplies so have some fallen into the hands of Russian criminals ? If so it shows how poor their security is but what criminals would want to kill Russian spies, remember this is not the first time russian spies have been killed in the UK and possibly elsewhere.

Even assuming it was russian criminals or some group wishing to upsurp the government there is no way Putin would put up with that and they would soon be history, remember that girl band who song things that were critical of the government and ended up in jail.

Russia is not like the UK where almost anything goes and is subject to long enquiries and endless meetings resulting in nothing happening.

We are born into history and history is born into us.
Message 12 of 39
(583 Views)
Reply
1 Thank
1 user liked/thanked this post: Champnet.

Hmm, yet where Theresa May points the finger directly at the Kremlin she offers two possible scenarios: that the Russian government ordered an attack, or that it lost control of its stock of nerve agents - but what do we get from  France, Germany and the United States? "Britain believes" it was “highly likely Russia was responsible.” - so not as definite then.

Let's get some definite proof and some more dots before joining them, as at there moment there are not enough.

Just because we have a perceived bogeyman across the border, it does not make them guilty.


Don't limit the friends you haven't met with arguments you'll never have.
Message 13 of 39
(558 Views)
Reply
0 Thanks

But you then have to ask if not the Russians then who else would be going around killing Russian spies ?

As stated previously if it was some criminals why would Russia not put that forward as a possibility ? The possible sanctions that might be imposed by other countries is just going to cause Russia more aggro which I guess they do not want, it is in their interests to help us identify who is responsible rather than all this anti west hysteria.

The way they have reacted or rather not reacted makes them sound more guilty.

Many leaders of various countries have treated their people badly but you will be aware of Russian history and they have been one of the worst  for getting rid of those who opposed them, they are going to be even less bothered about what non russians think about them.

The way they ' acted ' is understandable. I get the feeling Putin is getting fed up with being the only adult. The burden of proof lies with the UK government, not Russia.  Russia this Russia that, even I am fed up with it. We need proof and the public should be demanding for it. I mean, unless you @gleneagles would like to be jailed based on ' an opinion ' rather than fact.

This man has been in custody for years, plenty of time to bump him off in a more sensible way. And as far as I know that Nerve agent is made in 2 parts. One part Russian and one part from another country.