Come to think of it, why is May asking Russia to defend themselves? Shouldn't she be proving for 100% fact Russia done it? and if she is can she let us, the British public see the evidence? It's getting old these leaders doing things that most of us ( I assume ) want no part in and just want world peace!!

If life gives you lemons, make lemonade.
Message 61 of 92
(626 Views)
Reply
0 Thanks
Highlighted

One guess is it came from a third party source.

Russia get it's hands dirty?

It's been decades since I've drilled a couple of holes in a coconut, drank the milk and then cracked it open.

Thanks to you I now have a real craving.

I bet Putin gets all the coconuts he desires.

But this is the coconut water that you have been drinking. Coconut milk is made from the fleshy inside part

Just read this - “It turns out that if you bang two halves of a horse together, it doesn’t make the sound of a coconut.”

And also, did anybody catch this on BBC about Putin? Interesting

I don't think I'm gong to Salisbury any time soon! And we do go there by bus, because it's only 18 miles away, and very attractive with the cathedral. Is there anything that could not possibly have any contamination, after visiting the city?

No one has to agree with my opinion, but in the time I have left a miracle would be nice.
Message 66 of 92
(526 Views)
Reply
0 Thanks
Highlighted


It will strengthen Putins image in his country.

Last I heard he was awarded 8th Degree Black Belt Karate ( highest rank ), shirtless doing the Epiphany Dip  and he is best friends with Steven Seagal. Can you really get much stronger lol ?  you crack me up @7up

Thats his personal life. I'm talking politically. He needs to retain a strong political image to remain in power.

As for Seagal, what do you think is really going on there? The man has spent much of his life making films about saving americans / innocent people, so many you can nearly be guaranteed to see one a week on the higher numbered freeview channels. He's also a very highly skilled fighter, american and is now in Russia all chummy with Putin. See the bigger picture Steve. He's there in case things start getting out of hand and things need to be calmed down. Putin isn't daft, he knows why Seagal is there that's why he granted citizenship to Seagal.


Is there anything that could not possibly have any contamination, after visiting the city?


One guess is it came from a third party source.

Russia get it's hands dirty?

I had wondered about a 3rd party but then what would the motive be?

Also you must have seen Putins recent speech where he says he can't forgive betrayal. Strange timing that and IMO designed to make things very clear in a non-admission way.

Moons ago when the ruskies were a threat we built a fleet of vulcan bombers. Today I'd be surprised if our leaders could arrange a paper aeroplane fight to defend us.


I don't really need to @Minivanman take a look at history and see for yourself how long the Tories have been in power and they continue to stack the odds in their favour to this very day. Almost 60% of my life has been under Tory rule. And not once did I vote for them. Did you vote for May to be PM?

They get voted in by people who believe they will do the right thing. To a point, they do. Look how much irresponsible spending and debt labour did and built up.

I don't particularly like the tories since Camoron came to power with Oswhacked but you have to admit they seem to be better bean counters than labour. The only decent Tory PM I ever really felt was respectable was John Major but the press had it right in for him and thus he was ousted rather quickly although admittedly I've also heard a lot of people slag him off for various things.

There are alternative parties Steve, it's just that not enough large numbers vote for them.

I think the Guardian did it for Major with their cartoons and his now infamous underpants, poor man never had a chance against Steve Bell's 'mightier than the sword' pen!

His autobiography is well worth a read if you get the chance or the inclination. 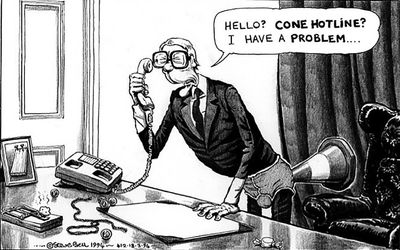 Now there is police activity in Gillingham (Dorset) too,

No one has to agree with my opinion, but in the time I have left a miracle would be nice.
Message 72 of 92
(434 Views)
Reply
1 Thank
1 user liked/thanked this post: 7up.
Highlighted

Well not that I know much about this thing (so I don't mind if people tell me so, as I'd agree).

From what I read on BBC News making these kind of chemicals is not easy and has to be done in a lab.

It carries risks for the people making it.

It is not something I assume you can just put a search into Google, do an on-line order and make in your bedroom.

that is an assumption, not something I have looked into.

It's another case of our ' Leader ' pointing the finger without any evidence. Russia wants evidence and a sample and it is falling on deaf ears and as always the public is in the dark.

I guess in all of these kind of crime cases, a lot more is known than is made public currently.