Just seen a woman on Daybreak who suffered appalling bullying throughout her childhood and even as an adult (via Facebook) all because she had red curly hair.............it got so bad as an adult that the police were involved.  Sadly she has dyed her hair a rather unfetching shade of black as she could no longer look at herself in the mirror

And a few months ago there was also another item about a young boy who was being bullied at school because of his red hair.    These stories remind me of my (unhappy) school days and how I, too, was bullied because of my red hair.    Back then there was not the same sympathy towards victims - my parents told me to "ignore them" and the teachers also told me to "toughen up and live with it

It`s so sad that redheads are treated as somehow inferior to the rest of the population by some people..............can it be classed as a form of racism ?.  Me, I embrace being a redhead.............we are unique (less than 5% of the world`s population).  The only drawback for me is the accompanying  freckles - not too keen on them and the fact that I have to keep out of the sun ..................but pale is interesting and far nicer than the creosote shades of fake tan

I think that red hair is particularly attractive and many other women must think so judging by the number of clearly dyed heads I see around (at least 3 on my road).


Racism no. Discrimination yes without a doubt. I think the lady you saw on TV was the one that was on the suns website a week or two back and when I read it I couldn't believe people could be so cruel.  My cousins used to have bright ginger hair when they were young so I grew up being used to it. Weirdly their hair turned medium-dark brown as they got older

As for freckles.. I hate them yet my SO loves mine and goes absolutely crazy when mine turn up as they drive them wild about me


Typical example of cruelty to redheads

If girls with red hair are called redheads what are girls with black hair called? 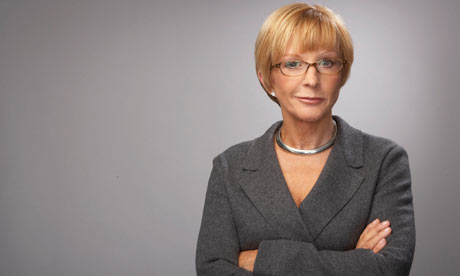 Towies former Amy Childs - without the warpaint (I think she's far prettier with the natural look):

I bet those "ugly" ladies on the other thread will NEVER look this good at 46....