Source and some common sense works and not always easy even then especially when those fibs are hidden in half truths. Take Trump for example, the president of the United States and nobody can believe a word he says neither can he believe anybody else with his fake news fake news blah blah blah.

Old as the hills, but these days there is so much of it, so much to sift through and so much clouded in that fog of bias and manipulation.

Then you have the bigger the fib the more chance there is of it being believed as the claim is so outrageous it couldn't possibly be a lie.... could it?

We've checked your download speed, posted your package, processed your cashback, fixed your car, and it's all definitely fine.

Honestly Rodney, would I lie to you? 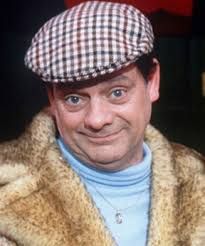 Compare yourself to who you were yesterday, not who somebody else is today
Message 16 of 50
(528 Views)
Reply
0 Thanks
Highlighted

Not forgetting online favourites of.........

We'll pass that to our tech team

We'll call you back in 48 hours

Just seen this. Maybe why Trump kept putting his thumb up. 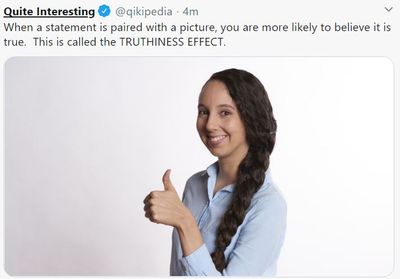 Compare yourself to who you were yesterday, not who somebody else is today
Message 18 of 50
(500 Views)
Reply
0 Thanks
Highlighted

The media were giving the doctors a grilling about whether the president had been given oxygen.  I'm pretty sure anyone with COVID-19 would automatically be given oxygen by the first response team.  That is quite different from being sedated, intubated, and having oxygen pumped into you by a ventilator.  In the event of the president being sedated, I imagine the vice-president would have to step up, which is something the American people, and the world, would like to know.

The American people do know. It's covered in the 25th Amendment.

If the President is unable to carry on the VP takes over.

We hear that the President may be leaving hospital tomorrow, but there still some doubt about how he will be leaving it
@JohnCleese
😆

Compare yourself to who you were yesterday, not who somebody else is today
Message 21 of 50
(452 Views)
Reply
1 Thank
1 user liked/thanked this post: RobPN.
Highlighted

On the question of fake news.

Never heard of one of those before, and how can we believe a word she says?  😂


Compare yourself to who you were yesterday, not who somebody else is today
Message 22 of 50
(410 Views)
Reply
2 Thanks
2 users liked/thanked this post: jab1, Jonpe.
Highlighted

Trump got a very nice note from Biden today. It said Stay Positive.


Compare yourself to who you were yesterday, not who somebody else is today
Message 23 of 50
(393 Views)
Reply
6 Thanks
6 users liked/thanked this post: RobPN, TTman, Champnet, Jonpe, Mayfly, gleneagles.
Highlighted


The American people do know.

Sorry about my ambiguous sentence; I meant that we would want to know if the transfer of power actually took place.

As a pundit on all things American and assuming Trump pulls through, if he loses the election to Biden do you think he will hand over power without a fight.

He's already laid the groundwork with warnings of what he might do if he thinks the election is rigged and of course the Supreme Court is about to be stacked in his favour. I've never been to the States and only know what I read and hear, but what I do makes me think he might well kick up a storm - and is it just me, or does he remind anybody else of Benito Mussolini with that nodding head and jutting chin?


Compare yourself to who you were yesterday, not who somebody else is today
Message 26 of 50
(337 Views)
Reply
0 Thanks
Highlighted

@Minivanman  Trump's reaction if he loses will be dependent on the majority Biden gets. Trump will not go easily IMO and a handover could be a dirty event. He has already started sowing doubts about the postal votes and this could be an issue that could end up in the Supreme Court.

His behaviour since leaving hospital will not get him any votes. He has put 2 fingers up to the many American families who lost a loved one to Covid.

As Donald Trump leaves hospital after three days, saying Covid is ‘nothing to be afraid of’, Americans say it’s amazing what can be achieved with round-the-clock monitoring, access to every drug imaginable and the best healthcare money can buy.
@haveigotnews

Compare yourself to who you were yesterday, not who somebody else is today
Message 28 of 50
(282 Views)
Reply
2 Thanks
2 users liked/thanked this post: RobPN, 198kHz.
Highlighted

Yeah, Speaking to the American public he said "we have the best medicines available".

What he was really saying is "I have".

Tonight there is the Vice Presidential Debate bewteen Mike Pence and Kamala Harris.