Man with knife/machete got into Parliament and stabbed policeman. He's been shot

Or of course it just be some deranged person having a problem - Scare headlines with no evidence in both cases, but what I've come to expect from those sources,

Civilians been run over and one policeman killed but those in Westminster are safe.

Theresa May apparently whisked away into a car some 40 yards from the gates outside parliament and everyone else on lockdown...

@shutter not alright at all sorry if it came across like that.

Yeah, I know you didn`t mean it the way I read it... but that seems to be the kind of thing that the news stations and newspaper reports say after any event...

as if ... because they are ok... then it is ok for those others to be injured/killed in the incident..

I agree with everything you say @shutter I am watching live updates and it does not feel nice knowing once again it is the general public that suffers because of those in power.

One woman has died

And Conservative MP Tobias Ellwood gave mouth-to-mouth resuscitation to the policeman who was stabbed and is being branded a ' hero ' , the heroes in my opinion are on the bridge.

The police officer has now sadly died , as well

The dark skinned male with a beard brandishing a knife who attacked a Police Officer, then who was shot in the Palace Of Westminster by an armed Protection Officer, has now died.

The officer who died in the attack has been named as Keith Palmer.

Scotland Yard's Mark Rowley said Mr Palmer, 48, had 15 years service as a police officer and was a husband and father.

He said he would not comment on the identity of the attacker, although he suggested the police was aware of who the assailant was. 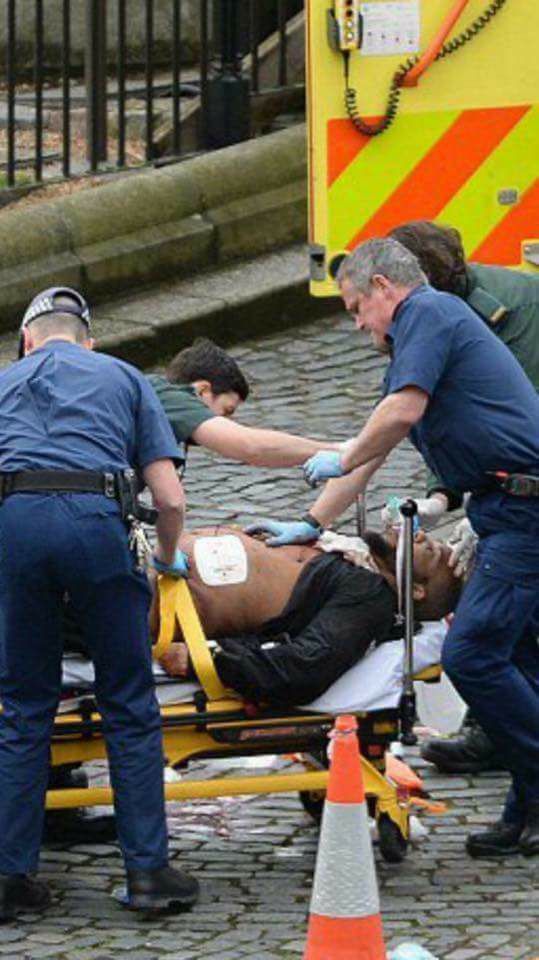 
And Conservative MP Tobias Ellwood gave mouth-to-mouth resuscitation to the policeman who was stabbed and is being branded a ' hero ' , the heroes in my opinion are on the bridge.

The version I heard on TV was that the MP bravely ran towards the injured PC to assist while there was still a risk to himself. It was also reported that he gave CPR for 15 mins before being relieved by medics.  Having tried with a first aid dummy that would have been incredibly exhausting - though I wonder why so long before someone else took over. I'd say that he merits the tag 'hero' certainly more so than well paid sports persons who perform well in their profession.

Diane Abbott on Newsnight mentioned the lock-down; perhaps MPs aren't overpaid after all if they are forced to spend five hours in lock-down with Diane Abbott.