Apart from London it seems it's not illegal to park on the pavement providing you are not causing an obstruction.

The Commons Transport Committee are urging the government to change the law and make it illegal to park on pavements.

Personally I have thought it was always wrong to allow drivers to park on pavements and not leave enough room for prams, wheel chairs and in some cases even pedestrains.

It's apparently up to the local authority whether to allow parking...

It doesn't affect me, but local to me there are areas set aside on wide pavements for car parking. Most people use these and they don't get in the way, but blocking pedestrian access is not on, especially if people using electric carts are obstructed.

part of the problem round our way is that some of the roads are so narrow that if people didn't park up on the pavement there wouldn't be space to drive past.

There's usually space for pedestrians etc. to get by.
Customer / Moderator
If it helped click the thumb
If it fixed it click 'This fixed my problem'
Message 3 of 46
(1,046 Views)
Reply
2 Thanks
2 users liked/thanked this post: shutter, PowerLee.

Exactly the same @gleneagles ! There are also people with cars "on their drive" that are so long you have to walk in the road to pass them - that should be included. Also, while they are thinking of this, how about councils charging the home owner for cutting back the bushes that also force you to walk in the road?

Over 30 years ago my Mother had a guide dog.  When the dog met an obstruction on the pavement she would just sit and wait. Mother, not having a clue about the obstruction, would have to risk going on or wait for assistant. so for me parking on the pavements is a not on. The same argument could hold for pram pushers, mobility scooters etc....

Trouble is as always, this is a knee jerk reaction from our MPs who have a one glove fits all policy and "holy mackeral, lets distract the public from our appalling behaviour over brexit" attitude.

In many areas pavements ARE wide enough for vehicles to park up on - either wholly or half of the vehicle.

Banning it completely will only create more problems they are incapable of understanding.

They should ban blocking driveways first, can't believe that's not illegal and there's nothing the police can do.
Customer / Moderator
If it helped click the thumb
If it fixed it click 'This fixed my problem'
Message 7 of 46
(993 Views)
Reply
2 Thanks
2 users liked/thanked this post: 7up, PowerLee.

ICBW but I thought they could do something about blocking driveways (i.e. parking across a drive entrance with a dropped kerb).

I thought it was actually having the cheek to park on a driveway that they can't do anything about.  Or perhaps that's what you mean?

I meant parking across drop kerbs etc., I'm pretty sure I read they couldn't do anything about it - but ICBW too

AFAIK, and without checking, I think parking across a dropped kerb is a 'causing an obstruction' offence.

I've found conflicting articles / information on it having a look around.
So unusual on the internet

It might not be causing an obstruction if it's to private land, but otherwise it is. So not much use to home owners.


I've found conflicting articles / information on it having a look around.

But this one from Honest John

I'm fortunate in that there are double yellows, combined with no loading or unloading markings, across my entrance.


AFAIK, and without checking, I think parking across a dropped kerb is a 'causing an obstruction' offence.

Only if you're blocking a vehicle from gaining access to the public highway - in other words, getting out.

If you're blocking an empty driveway and the resident can't get back onto their drive it's not obstruction, just a PITA.

Yep, but I saw conflicting advice on that too.

Cue inflatable car, to be inflated and installed on driveway, either before or after said obstruction occurs. 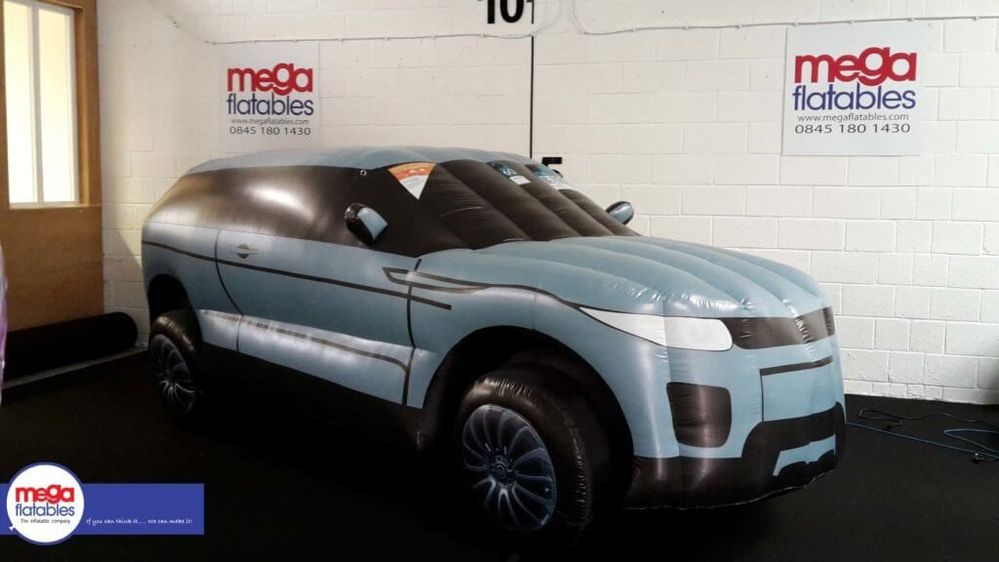 
If you're blocking an empty driveway and the resident can't get back onto their drive it's not obstruction, just a PITA.

Agreed, but in some cases the resident may be disabled and requires access in to the drive.

I agree with@ nozzer @dvorak in their early posts. Today's roads bear much more traffic than could ever have been imagined. Therefore neither the legalistic ' pavements are for pedestrians, end of' is not tenable. There has to be give and take, so where traffic flow is aided  defined areas of pavement are allocated, and enforced strictly In my own town I know of one very long road, where without vehicles using the pavement nothing could pass including the town circular bus. Its loss would be a greater disbenefit especially to the elderly than a few partly on pavement cars. In my cul-de-sac we all tolerate it out of neighbouliness, as one side would have problems getting on and off a very sloping drive.

As we are on the New Forest boundary,on the town fringes pavements are absent. Well that's our problem to cope with, and while I do not say to those who demand no pavement parking should just get on with it, I would say that provided there is enough room they should  learn to live with some inconvneience.

No one has to agree with my opinion, but in the time I have left a miracle would be nice.
Message 15 of 46
(909 Views)
Reply
0 Thanks
Topic Options