They only leave when they get a better offer.

Always plenty of good offers in the old boys network but I suspect old gals don't do so well.

With Brexit jobs for the boys will be thinning out. That was the main reason the EU was so popular with politicians. That and leaving them with little to do.

this made me giggle 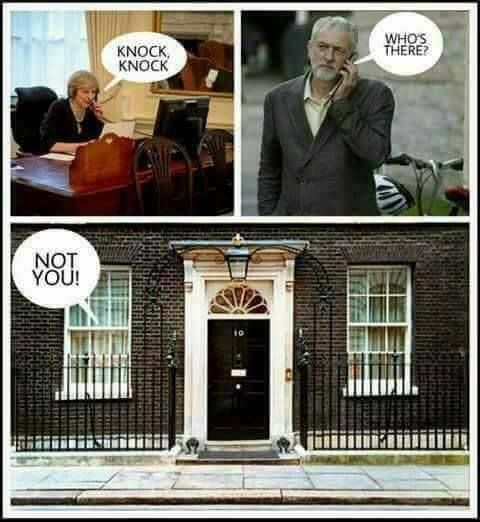 - that's the first that has made me laugh over the whole debacle.

Funny I agree, but debacle?

Ms May and those couple of advisers certainly got it wrong and I don't see how she is going to get out of a hole she has made - and one she digging deeper with the DUP.

Why is it so often that the government we voted for is not the one we get. Still better than Corbyn at the helm, but only just, and how strange the Tories wanted to pay that fuel allowance to just those in need but Labour want to pay it everyone regardless of need. You just couldn't make it up.

PS. Tried to follow my newly elected MP on Twitter but find that I have been blocked. I have never to my knowledge engaged, commented or shared tweets with the guy (not that I use it much anyway) - but I can understand if they have some sort of blanket ban on followers.

Any clues or suggestions..... other than emailing him, as I've now done that

And what the DUP want ?


PS. Tried to follow my newly elected MP on Twitter but find that I have been blocked. I have never to my knowledge engaged, commented or shared tweets with the guy (not that I use it much anyway) - but I can understand if they have some sort of blanket ban on followers.

Any clues or suggestions..... other than emailing him, and I've now done that

you likely posted something in the past that was flagged and got you added to some blocklist or other, probably expressed an opinion that some twot didn't like and since these folks all share and use collaborative block lists to ensure they remain in the same echo chamber you got blocked from all of them.....

just because your paranoid doesn't mean they aren't out to get you
Message 67 of 70
(1,121 Views)
Reply
2 Thanks
2 users liked/thanked this post: Minivanman, MauriceC.
Highlighted

The Gove cove on Today kept on referring to Theresa, not Mrs May, and seemed he was bolstering her. I wonder , hoe much that was a disloyal signal of loyalty.

As to her staying or going voluntarily or defenestration only time will tell. OK a miscalculation was made on her watch, but in any   decision made to invest, war or elect, there's always the unknown of what other persons' actions will be. To scapegoat her ignores that. I think we should let her get on with Brexit. Hopefully it will be a success, but I am wary of evidence of gung-hoism, which says  "out, no matter the cost to the economy". Brexit has to benefit the whole nation, not only those who want it. We need to be flexible, else 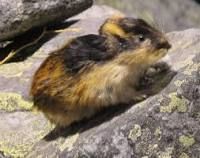 and its name is not Jan Leeming!

No one has to agree with my opinion, but in the time I have left a miracle would be nice.
Message 68 of 70
(1,091 Views)
Reply
0 Thanks
Highlighted


Brexit has to benefit the whole nation, not only those who want it. We need to be flexible, else

Any agreement has to have no similar restrictions or costs otherwise what's the point.

And it's the agreement that needs to be flexible. We should not need or want to be tied down to any set lengths of time, and if things were to pick up trade wise with the rest of the world would we want to continue any agreement at any cost?

TM has just sacked half the minister's in the Dept. for Exiting the EU! David Jones was "released" yesterday and George Bridges today. Both had apparently had a set-to with No.10.

Is this all going to fall apart I ask? Is there someone in the background trying to screw it completely? We need people who have at least had some kind of opportunity to make it work, not newcomers at this very late stage.