Not just in Wales.

Not just in Wales.

There are calls for the Assembly here in Wales to ditch those computer screens that we see propped up in front members of the Senedd - which is a great idea, but to then allow "portable, electronic means of communication" instead?

Not just in Wales either. No idea what it's like in the Scottish Parliament, but those MP's engrossed in their smart phones at Westminster really do get right up my nose. Aren't they supposed to listening or partaking in debate - or are they just playing Candy Crush. 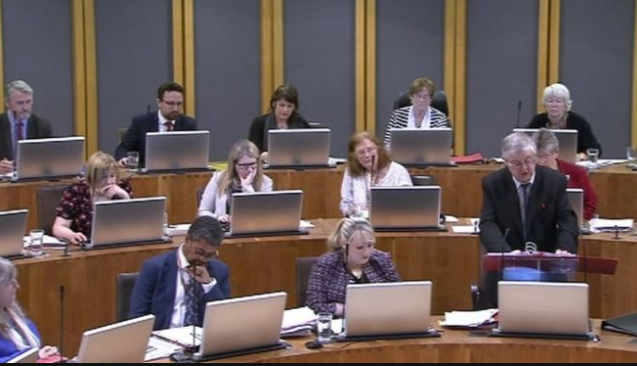 I must add though it did remind me a bit of college where the lecturer would be faced not only with sea of upturned faces, but also a long row of tape recorders for those who had somewhere far more important to be... like the Student Union bar.

One lecturer did suggest that he might bring his tape player in one week to talk to those recorders - and then we could all just go home!


Don't limit the friends you haven't met with arguments you'll never have.
Message 1 of 4
(213 Views)
Reply
0 Thanks
3 REPLIES 3

Those aren't laptops - they're pizza boxes.

MPs should leave their mobile phones and tablets at the entrance to chamber, it is far from amusing to see them messing with their phones while a debate is going on that could potentially send our armed forces into battle or change all our lives.  Just not acceptable, schools talking about banning or have already banned phones in classrooms ( what took so long), so same for the children in our parliament, they need to concentrate on what is being said rather than just shouting 'here here' occasionally while messing on their phones.

Or maybe they are online shopping?


Don't limit the friends you haven't met with arguments you'll never have.
Message 4 of 4
(111 Views)
Reply
0 Thanks
Topic Options